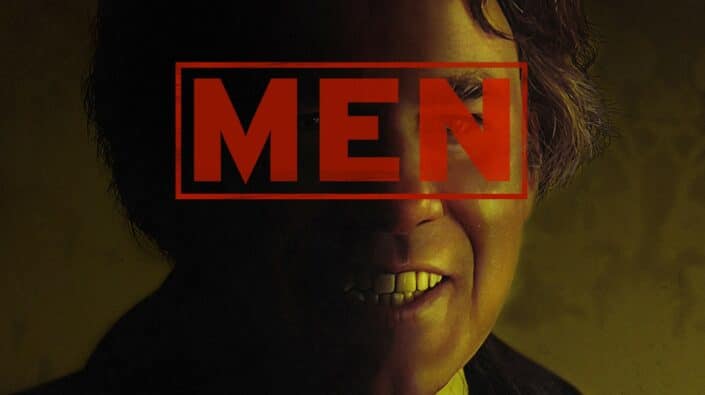 Rory Kinnear is a kind of scary guy. Rory Kinnear playing multiple roles in a horror film by Alex Garland that looks like a thinly veiled metaphor for the ways that society and men oppress women and keep their voices unheard is really, really scary. That’s what we learn from the first trailer for the upcoming A24 movie, Men.

Creepy, right? In Men the movie, Jessie Buckley plays Harper, a woman who retreats to the English countryside after her husband commits suicide right in front of her. However, the idyllic town and house she ends up in turns horrific as someone begins stalking her, and the townspeople, who seem to be entirely played by Kinnear, aren’t of much help. What exactly is stalking Harper, and why doesn’t she notice the striking similarity of every man in town, including a creepy CGI Kinnear child? Who knows? But it’s sure to be scary AF.

Garland, who directed Ex Machina and Annihilation, is no stranger to slow-simmering horror wrapped in a sci-fi shell, though this film seems to lean more into the horror aspects. He’s also no stranger to mixing genre and social commentary, and Men seems to be doing that pretty heavily. If the blatant Garden of Eden reference in the opening of the trailer weren’t enough, Kinnear playing a host of traditional roles of male power throughout the trailer hammers it home hard. Of course, the genre of horror has been deconstructing and addressing this topic since slashers first started. But the auteur horror genre is at its peak right now, and this looks like a fantastic entry.