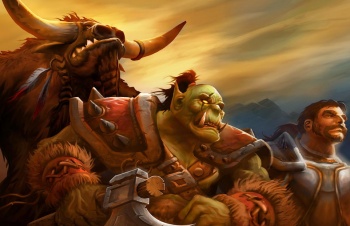 Blizzard Activision is caught between two Chinese ministries regarding its operation of World of Warcraft in China.

Activision Blizzard’s (Nasdaq: ATVI) great adventure in Chinese bureaucracy appeared to have drawn to a peaceful close in late September with the commercial relaunch of World of Warcraft. On November 2, 2009, however, China’s General Administration of Press and Publication (GAPP) declared that the relaunch was illegal and demanded a halt to the commercial operation of the game.

Activision Blizzard’s journey began last April when it announced a switch in local operators for World of Warcraft from The9 (Nasdaq: NCTY) to NetEase (Nasdaq: NTES). The Ministry of Culture and GAPP, China’s two rival video game regulators, quickly declared that World of Warcraft needed to go through a new content review and approval procedure in order to make the switch. NetEase complied, and in late July the Ministry of Culture issued its approval. By early September, however, with nearly one hundred zero revenue days and counting, GAPP still hadn’t reapproved the game. World of Warcraft languished in bureaucratic limbo.

Then the referee showed up.

On September 7, 2009, the State Commision Office for Public Sector Reform (SCOPSR) issued an explanation of the relevant provisions from last year’s Three Determination Regulation, which the General Office of the State Council released to redefine the size, authority and internal structure of China’s many central ministries and agencies. SCOPSR stated that the primary regulator for the online game industry is now the Ministry of Culture and that GAPP’s role would be limited to approving games prior to publication. In addition, if anyone publishes a game without GAPP’s approval, the Ministry of Culture rather than GAPP will lead the enforcement efforts.

The following week, the Ministry of Culture (MOC) called together representatives from China’s game companies and explained that they’re now fully in charge. GAPP’s approval authority, the MOC said, is limited to those elements of online games that are published in a tangible medium – things like player guidebooks and compact discs with the client side software. For downloads and online content, approval from the Ministry of Culture is sufficient. In addition, once a game is available online the Ministry of Culture assumes full regulatory authority.

NetEase listened carefully, and the next day World of Warcraft relaunched.

On September 28, 2009, GAPP issued its own interpretation of the referee’s new rules. The release explained that GAPP has sole approval authority over online game publishing, which includes follow on approvals whenever a game is changed – new version, expansion pack, new operator, whatever – time to once again talk to the GAPP. In addition, publishing approval covers the whole game – offline and online, physical medium or digital data stream, the GAPP minds it all. In direct contradiction to SCOPSR, GAPP also claimed it has the enforcement power to stop the online operation of games that it has not approved. 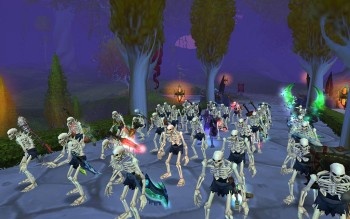 Although the final rules are not yet clear, the ongoing bureaucratic turf battle is certainly bad news for NetEase and Activision Blizzard. Notwithstanding GAPP’s demand to halt commercial operation of the game, World of Warcraft probably won’t be shutdown. As GAPP’s November notice suggested, however, the angry regulator might find other ways to punish NetEase for relaunching without its approval.

One likely avenue for a GAPP attack relates to the joint venture that NetEase and Activision Blizzard established to provide technical support for the operation of Activision Blizzard games and the Battle.net platform. In July 2009, GAPP launched an investigation of the joint venture, and it was in this context that GAPP’s September release restated longstanding rules that prohibit direct foreign investment in China’s online game operation market. The release also explicitly stated that foreign companies may not use indirect means, such as contractual relationships or providing technical support, to control or participate in the online game operations of Chinese companies.

Some observers have mistakenly read the September GAPP release as an attack on the corporate structure that China’s own game companies use to list their shares on overseas stock exchanges. As explained here, the offshore holding companies of Chinese game operators like NetEase, The9, Changyou (Nasdaq: CYOU) and Perfect World (Nasdaq: PWRD) don’t actually own the onshore companies that operate the games. They control them, and extract the profits, through contractual relationships pursuant to which (you guessed it) they provide technical support.

This structure works because Beijing allows it to, choosing not to enforce the foreign ownership restrictions against its own companies. But if the Chinese game companies can use this structure to seek foreign investment abroad, why can’t foreign game companies use the same structure to enter the China market? Or in the case of Activision Blizzard, why can’t it at least provide technical support through a joint venture, which offers the foreign partner much less control and profit than the structure used by China’s own game companies? As explained here, the answer is simple – they’re not Chinese.

At the recent GDC China event in Shanghai, Tuo Zuhai, deputy director of the Culture Market Department at the Ministry of Culture, spoke about GAPP’s surly interference in the domestic online game industry. Mr. Tuo said, “I’m sure such situation will not last long. All we need is a bit of patience, which we have.”

Patience might be enough for the Ministry of Culture to win its bureaucratic battle with GAPP, but will patience help foreign entertainment companies enter the China market?

America’s movie, music and press industries don’t think so. In 2007, working together with the U.S. Trade Representative Office, they initiated a market access case against China at the World Trade Organization. In August 2009, a WTO panel made public its decision in the case, which handed a near total victory to the United States.

Although the U.S. video game industry didn’t participate in the case, due to overlaps between the rules that violate China’s WTO commitments on digital music distribution and those that prohibit foreign investment into China’s online game operation market, some observers are hopeful that the decision will benefit American game publishers. In light of the recent tenacity GAPP displayed during its infighting with MOC, however, this hope may be overly optimistic.

If American video game companies want to directly enter the China market, they might need to follow the example set by their entertainment industry brethren – they might need to lose their own patients and lobby the U.S. Trade Representative Office to file yet another case against China at the WTO.