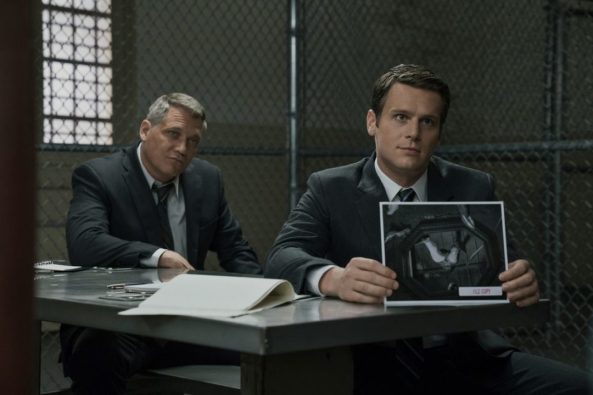 Mindhunter season 2 is coming to Netflix on Aug. 16 according to the show’s producer, David Fincher.

The streaming platform is notorious for not announcing release dates until a few weeks out, but it seems Fincher let it drop early as he told The Treatment, “I’m not sure. I guess I’m allowed to say it, but, yeah, it’s gonna be the 16th.” Netflix has since confirmed the release date via EW.

The first season of Mindhunter focused on Holden Ford (Jonathan Groff) and Bill Tench (Holt McCallany) as they interviewed a series of serial killers in the hopes of building a better understanding of the criminally disturbed mind. Loosely based on the actual work of FBI agent John E. Douglas, the show dove into deep psychological and moral questions.

It looks to further unpack the building of the FBI’s Behavioral Science Unit in the second season. Season 2 features Charles Manson (Damon Herriman) in some way and reportedly focuses on the “Atlanta child murders.” That’s almost all we know about the season’s plot except that it will be eight episodes long.

Mindhunter is definitely one of Netflix‘s more ambitious shows and was also a critical success, which the company needs as more and more streaming services hit the market, pulling viewers and their wallets away.