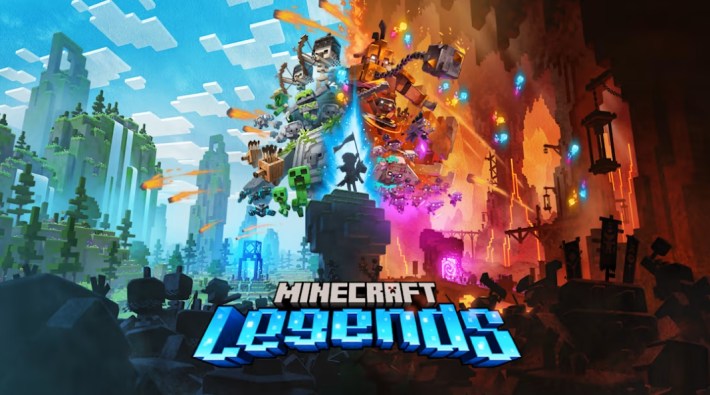 As revealed during the Xbox & Bethesda Developer Direct presentation, Minecraft Legends will bring base-building and action strategy gameplay to Microsoft’s blocky universe when it launches for PC, Nintendo Switch, PlayStation, and Xbox, as well as Game Pass, on April 18, 2023. The Minecraft Legends release date arrived alongside conversations with the team behind the game. Mojang Studios and Blackbird Interactive say that its story-led campaign will be accompanied by tense PvP gameplay that sees players engaging in 4v4 battles. With today’s update comes a gameplay trailer that highlights this new take on the Minecraft formula. Check out the Minecraft Legends gameplay /release date trailer below.

Minecraft Legends is far from the usual Minecraft experience we’ve grown used to over the last decade. You can read more about how it will offer a new take in the short summary below:

The ravaging piglins have arrived, and it’s up to you to inspire your allies and lead them in strategic battles to save the Overworld! Learn the story of Minecraft Legends and explore its new, yet familiar world, while experiencing the Minecraft Universe in an exciting new way in this new action strategy game. Explore a beautiful land, both familiar and mysterious, full of diverse life, lush biomes, and rich resources needed to build your defenses and defeat the piglin invasion.

Stay tuned for more updates from Minecraft Legends as we wait for its release this April. Until then, you can watch the full Xbox and Bethesda Developer Direct below.