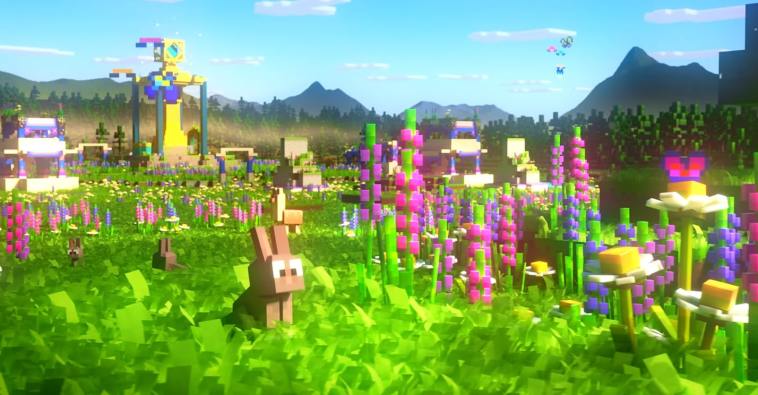 Mojang Studios and Blackbird Interactive have announced action strategy game Minecraft Legends for Nintendo Switch, PlayStation, Xbox consoles, PC (including Steam), and Xbox Game Pass, arriving in 2023. The announcement trailer features a large and inviting world to explore. Here is the first description of the game:

Discover the mysteries of Minecraft Legends, our upcoming action strategy game. Explore a familiar yet mysterious land, full of diverse life, lush biomes, and rich resources. But this paradise is on the brink of destruction. The piglins have arrived – and they’re threatening to corrupt the Overworld. Inspire unexpected friends to form valuable alliances and lead them in strategic battles to protect their home. Take the fight to the piglins before their Nether corruption devours the Overworld!

This game follows up Mojang Studios and Double Eleven’s success with Minecraft Dungeons, a game that effectively recreated Diablo in a family-friendly Minecraft setting. It received a variety of DLC post-launch, and it stands to reason that Minecraft Legends will enjoy a similarly long life span of updates. Perhaps we will get a closer look at how the game plays with the second Xbox showcase that is coming next week.