Before I was an internet pseudo-celebrity (hell, before I was MovieBob) commenting on movies, videogames and so forth, I spent nearly a decade in various retail positions selling the stuff. Once before, I regaled you with stories of this tedious time in my life, and it went over reasonably well. So, let’s try it again. But first, some quick “inside baseball” about the business in question:

Ever wonder why stores generally place new release DVDs on sale the very first day/week that they come out? After all, it seems counter intuitive. Being new makes them more valuable, so theoretically you should be able to charge more. Well, here’s the thing: Stores actually buy (or, at least, pay for) the product from distributors and shippers before they sell it to you for more (sometimes a lot, sometimes a little) than they paid to get it in stock. That difference in cost is called margin, and it’s where retail stores make almost all of their profit. Things like DVDs generally don’t have much margin to begin with, so putting the newest ones on sale at a minor loss is seen as an acceptable way to draw customers to a store where, ideally, they will decide to purchase other items with a higher margin (i.e., “Do you also need any batteries?”).

In any case, circa-2006 I’d found myself in the Media Department (DVDs, video games and the last remains of a forgotten music format called CDs) of a very large electronics store chain which will remain nameless. By this point I’d have been playing this game for close to six years at three companies, and if I was good at anything it was pushing a profitable enough margin to be left alone by my superiors and making as much of those profits as possible contingent on my personal skill set in order to render myself that much more firing proof. To put it another way, my department actually made money on DVDs because I knew enough about movies to almost always find something else a shopper didn’t know they wanted to go along with what they’d come in for (“Lord of The Rings?” Good stuff. Y’ever see Willow?”). And while you can teach sales tactics, you can’t teach having wasted your life memorizing this stuff.

The centerpiece of my DVD-fiefdom was The Table, a long folding table draped in a tablecloth with company colors on it that had the week’s new movies and games laid out in a labeled grid. It was a mainstay of the department, but I volunteered to take over its upkeep, which meant working out what was supposed to go where and filling in spaces when things sold out. This gave me a nice, central view of what was moving and what wasn’t and (more importantly) gave me the chance to simply pop similar material next to the new stuff and watch my margin rise without even having to actually say “You might also like…” much of the time.

It also gave me and others in the department the occasional (okay, maybe more than occasional) fun in seeing what kind of combinations would and wouldn’t work on customers, and what kind of reaction certain placements would draw (look, retail is hellish. You make what fun you can). If we put copies of the Street Fighter and Mortal Kombat movies out the same day the newest Resident Evil flick hit, would people snap them up? Usually, yes. See also: The series-sets of Captain N and the Sonic the Hedgehog Saturday morning cartoon always saw a surprising sales uptick whenever a new nostalgia property hit the streets for the then new Wii.

Other times, well… other things happened. Here’s two of them:

CRIME FIGHTING TIME
The mid-00s were the high point for Classic TV on DVD. No matter how obscure, if you could throw an entire season (or whole run!) of a show on DVD people would snap it up out of nostalgic reflex so quick they wouldn’t have time to consider if only watching one episode of this or that forgotten 80’s cartoon might be sufficient. Every week there’d be some new shipment of the stuff in big, awkward-to-shelve boxes, so sometimes they’d wind up in prime real estate on The Table by virtue of there being nowhere else to put them.

One week, the new relic taking up space was the first season of C.O.P.S., an animated series based on a line of action figures from the 1980s that didn’t even try to pretend it was anything other than G.I. Joe with police instead of soldiers. Even I didn’t have much memory of it, but it’s easy to forget what a specific thing nostalgia can be. The C.O.P.S. DVDs actually needed to be re-stocked (on the table) a few times that day – people were buying them at what was for minor TV property a fast clip.

At one point while I was passing by The Table, a customer (black male, mid-20s, there with his girlfriend) called me over excitedly and pointed to the DVD. “Is this C.O.P.S.? The cartoon? With Bullet-Proof??” It took me a moment to remember that Bullet-Proof was the name of the C.O.P.S.’s cyborg-bodied leader, but I did and confirmed it for the guy. It was then that I noticed that the DVD box had no pictures from the cartoon itself on the packaging: Just a sleek black box and the gold C.O.P.S. police badge logo. If you didn’t know what it was, well… you wouldn’t know what it was.

You’d have thought I’d just proven that Santa Claus existed. This grown man (in front of his bewildered girlfriend, I reiterate) launched into a giddy, profanity-laced victory dance over the existence of this DVD. “This was my s***!” was his refrain, interrupted by his girlfriend entreating him to calm down. “What the matter with you??” she kept asking him, “What, it’s some cartoon?” I was curious myself. “You don’t even know!” He told her. “This was the only show! Bullet-Proof was it!” 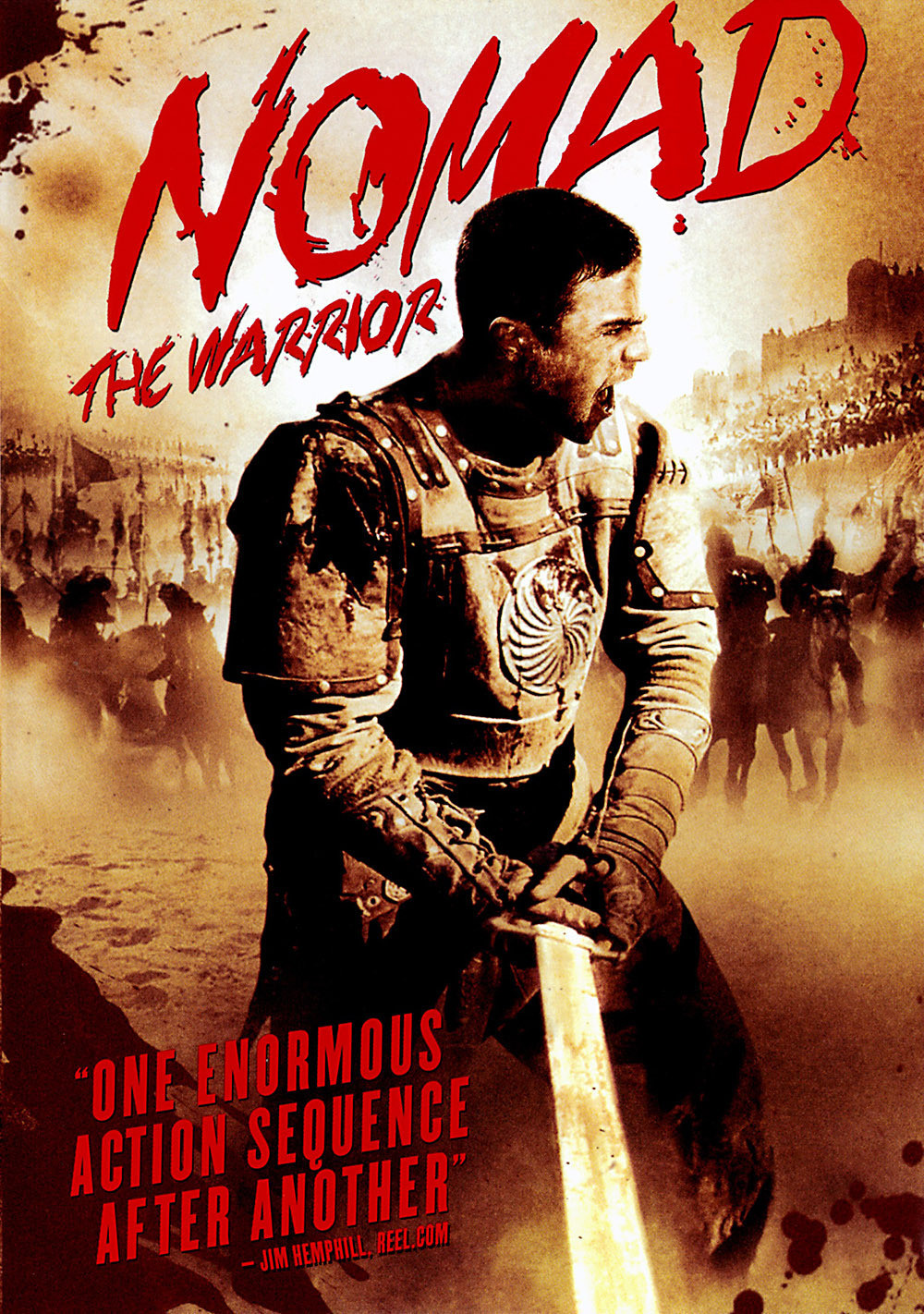 And then I got it.

Bullet-Proof was black. That was the noteworthy difference between C.O.P.S. and every other 80s action cartoon: It was the only one where the leader/star (the Optimus/Duke/Lion-O of the group) was black. To me, that had been no big thing. But to this guy? The guy holding a DVD like it was the Rosetta Stone for his own memories? Obviously, this had been a landmark. Thinking on it, Bullet-Proof probably would’ve been one of the only black cartoon heroes (“This dude was the Black Superman!,” as he subsequently explained to his girlfriend) he would’ve had to look up to.

At the checkout, the guy practically skipped to the door. His partner looking vaguely embarrassed, but it seemed like she “got” it.

The next day, I came in to find out that something like 70-80% of the C.O.P.S. DVDs that had sold so well that first day had been returned. The reason? People had thought it was the first season of COPS, the prototypical police ride-along reality show. Funny, and a running joke in the store for a few weeks after; but I know one guy who got the version he wanted… and I really hope it held up for him.

SLEIGHT OF HAND
One time, a district leader of some sort showed up unannounced, took a tour of the store, and later that day I got called into my supervisor’s office. Never a good sign, though for a change I had no idea what the issue could be, and there were two of them in there which was an even worse sign.

“Bob…” he was using the Fake Concerned Voice. This was going to be a long one. “Bob… the district guy thought it was weird there was a bunch of weird older stuff on The Table instead of new product that’s supposed to go there…”

“We try not leave empty spaces when stuff sells out, sir.” I just wanted to get to the point.

“Yeah, well, Bob… we looked up the numbers on some of the titles and it doesn’t add up.”

“Doesn’t add up like stuff is selling TOO well. It looks off.”

Unbelievable. I’m exceeding expectations, and that makes me suspicious. “What do you mean, off? What do you think I’m doing?”

The second guy is more to the point. “Are you doin’ stuff to the inventory?”

I never got a straight answer on that, but I suspect that they somehow thought that my being The Movie Guy on payroll that I’d try and make certain things look like they sold better than they did. How I was supposed to benefit from that, exactly? Your guess is as good as mine.

One supposed anomaly was a higher-than-other-stores rate of sales for a certain recent(ish) Godzilla movie all in one week. I explained to them that the movie featured a popular MMA Fighter in a lead (human) role, and I’d tabled a few copies of it on a week when UFC had a big DVD release on a whim. Turned out my instinct paid off.

“What about this one… ‘Shinobi?” He pronounced it “SHY-NAW-BEE.”

I explained that Shinobi: Heart Under Blade was the live-action version of a popular anime (then I explained what anime was) series, and that it sold well because when I put it on the table with the other new releases instead of directly into the back shelves, its fanbase saw it and bought it.

Their final questionable issue was regarding us selling out (or close to it, this was awhile ago) of foreign action movie called Nomad which didn’t sell well… anywhere, really. It was kind of terrible and no one in the U.S. heard of it, but for some reason its distributor did a big first push. This one, at least, I could see them at least thinking might be a mistake.

“Well, Nomad is actually a movie from Kazahkstan. The country Borat was supposed to be from.”

“Yeah. It’s the biggest Kazakhstan movie ever or something like that. I figured put it on the table next to some copies of Borat, so when people ask what it is you can point to Borat and say ‘It’s a movie from Kazakhstan – the real place!'”

Blank stares: “And people bought it for that?”

“Well, they also did the cover to look really similar to 300, so I’m sure that helped… but yeah, I think a lot of people were surprised it’s a real place.”

At that point they let me leave. In case you’re wondering, no; not only did I not get any kind of credit for moving all that product, I didn’t get any kind of apology for effectively being accused of some kind of dishonest shenanigans in the course of doing my job.