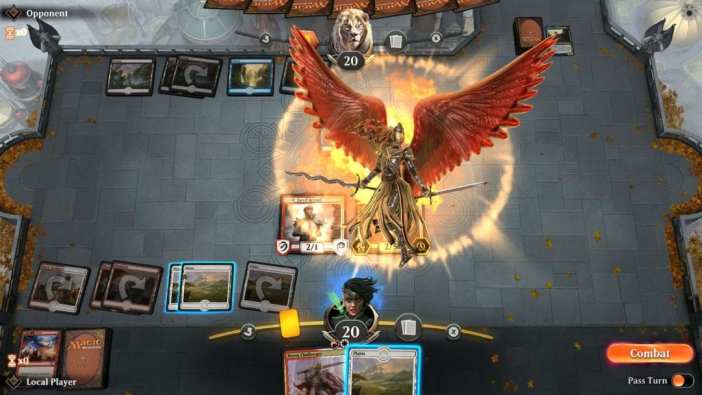 The prize money will be divided between esports competitions and tournaments using the game’s traditional physical cards.The Pro Tours, invitation-only Magic competitions that Wizards of the Coast has run since 1996, will be rolled into a new Magic Pro League and dubbed Mythic Championships. Wizards has been tweaking the format of the Pro Tour and how it compensates its professional players for the past few years, often drawing significant backlash, but this represents a seismic shift for the game’s highest levels.

“We want to make it clear that play extends across digital and tabletop,” said Wizards of the Coast vice president of esports Elaine Chase.

Wizards has chosen 32 of the top-ranked players from around the world as its first class of Mythic Champions and offered them play and streaming contracts worth $75,000. The roster of players will be announced in the next few weeks and more details on the streaming programs will be revealed in 2019, but it will include weekly matchups leading up to the Mythic Championships.

The first of these competitions will be the $1 Million Mythic Invitation at PAX East in March, where the 32 Mythic Champions will be competing against an equal number of challengers who can qualify through playing Arena at home. Further details on what players will need to do to earn an invitation will also be revealed next year, but Chase encouraged players to download the game now and start practicing.

“I think the community is going to be really excited to see how we transformed the entire gaming program to elevate it,” Chase said.

Arena is in beta now, and Chase said the game was developed with esports in mind. While a full launch has not yet been announced it will likely be required before the tournament qualifiers begin lest Wizards have to deal with irate players complaining that bugs kept them from winning $1 million.

Chase said that Wizards is still committed to running tabletop competitions with the scope of the Pro Tour. The new focus on Arena also doesn’t mean an end to the company’s 16-year-old Magic Online game.