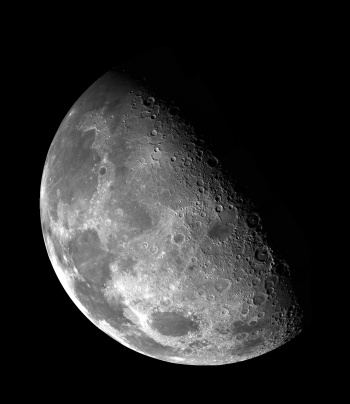 More details about the recent attempt to sell a moon rock for $1.7 million have surfaced, and things have gone from comical to depressing pretty darn quick.

Back in May, news came to light about how a woman was busted by the police as she tried to sell a moon rock for $1.7 million. When the story first broke, this sounded like a borderline amazing story about a stupid criminal and I also learned that becoming a NASA investigator was the only thing I’ve ever wanted. Now that more details have emerged, though, it turns out that this is one of the saddest cases you’re likely to read about.

74-year-old Joann Davis says that she was trying to raise money for her sick son when she was detained by NASA investigators and police officers. While that’s often the kind of excuse you hear about from criminals caught with their hands in the proverbial cookie jar, it sounds like Davis was stuck in a bad situation.

The national treasure Davis attempted to sell was a piece of authenticated moon rock that’s actually just a speck (smaller than a grain of rice), encased in an acrylic paperweight. According to the woman, the lunar souvenir was a gift from Neil Armstrong to her deceased husband, who worked as an engineer for a NASA contractor.

Davis herself is the one who started the investigation into the sale: She actually contacted NASA, trying to find a buyer for the rock and a “nickel-sized” piece of the heat shield that protected Apollo 11 when it returned from its mission to the moon in 1969.

“I’ve been searching the internet for months attempting to find a buyer,” Davis wrote. “If you have any thoughts as to how I can proceed with the sale of these two items, please call.”

The items were mementos from Davis’s husband’s collection, which sounds like it’s sizable. She was reportedly selling the pieces in order to leave an inheritance for her children that they could use to take care of her sick son. On top of all this, when she was detained by investigators, the woman was left with bruises on her arms and became so frightened that she lost bladder control.

Davis wasn’t arrested for the attempted sale, and probably won’t be, since -according to retired NASA investigator Joseph Gutheinz- prosecuting her could be really difficult, based on the fact that smaller lunar samples weren’t always looked after and an unknown number of smaller rocks may have made their way into the hands of the general public.

Aside from the depressing details surrounding the sale, it’ll be interesting to see if Davis’s claim about the rock’s origin proves true. Neil Armstrong has been interviewed by NASA investigators in the past, and he told them he hadn’t given away any moon rocks.