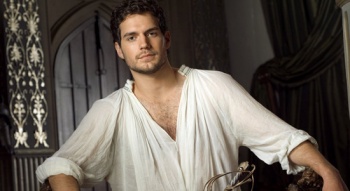 It’s second-time-lucky for the new Man of Steel, after narrowly missing out on the lead in Superman Returns.

British actor Henry Cavill has won the lead role in Zack Snyder’s upcoming superhero-reboot, Superman: Man of Steel. Cavill is likely best known for his role in the TV show, The Tudors, in which he played the part of Charles Brandon, the First Duke of Sussex.

In a statement, Snyder said that Superman was the top of the superhero tree, and that he was honored to be part of the character’s return to the big screen. Snyder also said that he was excited by Cavill’s casting – as were the film’s producers – and thought that the actor was “perfect” for the role. The aforementioned producers include The Dark Knight and Inception director Christopher Nolan, who is said to be contributing significant creative input to the production. Indeed, Nolan has already had some pretty significant input, as he helped screenwriter David S. Goyer come up with the story for the movie.

Interestingly, this is not the first time that someone has cast Cavill as the Man of Steel. Back in 2004, Cavill was officially attached to the project that would later become Superman Returns. When Bryan Singer took over as director, however, he decided to cast Brandon Routh instead.

By all accounts, the script for the movie that Cavill nearly starred in was a pretty big departure from comics, with Superman sent to Earth to protect him from a civil war, and concluding with him returning to the planet – which didn’t explode in this version – to rule it as its king. It’s debatable whether it would have been a good movie or not, but it doesn’t sound much like a Superman movie.

Superman: Man of Steel is scheduled for release in December 2012.