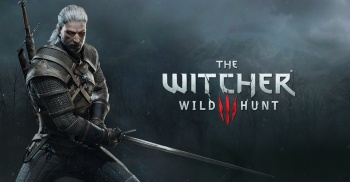 A new potion, explains a move, and no more disappearing decapitated heads are just a few of the points of focus for The Witcher 3: The Wild Hunt‘s new patch.

CD Projekt Red has been busy with their Witcher news the past few weeks, releasing a major patch, announcing New Game Plus as the final free DLC, and a new Witcher tabletop game. In the most recent announcement, Community and Website Coordinator Marcin Momot announced the newest patch for The Witcher 3: The Wild Hunt, Patch 1.08.

The patch will add a series of fixes across gameplay, graphics, and achievements, as well as laying some groundwork for the release of the New Game Plus mode. In addition, the patch will explain how you can pull a Link and roll just before hitting the ground, minimizing damage sustained after a high fall. Oh, and if you chop off a guy’s head it will no longer disappear.

Following the most recent patch, the level requirements for certain items were scaled up, leaving a bunch of people running around with unusable gear. When a player installs the new patch it will come with a new potion, the Wolven Hour, which reduces the level requirements on all gear for one hour. This gives players the chance to either level up or find usable equipment.

Momot also recently highlighted some of the details for New Game Plus mode. Money, alchemy recipes, and created elixirs will carry over, as well as select items. Quest items, books & letters, Gwent cards, usable items, and trophies will not be included in items that are carried over.

When starting New Game Plus you can select any difficulty level, and you can also obtain the Death Match achievement. If you finished your first, or fifth, run of the game at level 30 or higher, that will stay the same. If you finished below that, you will automatically be bumped to level 30.

You will also start off your new game with a complimentary Clearing Potion so you can reset your skills and try a different build. And, of course, enemies will be more difficult.