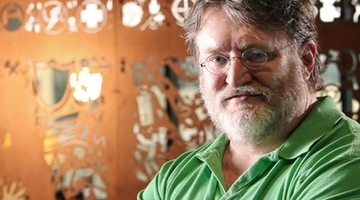 Valve’s co-founder credits the company’s flexible corporate structure and level of employee trust with the success of Steam and other products.

Valve is one of the biggest names in gaming today, and co-founder and CEO Gabe Newell credits a lot of that success with the company’s unconventional corporate structure. In a lengthy interview with The Washington Post, Newell called flexibility one of the greatest strengths of Valve. “You need people who are adaptable because the thing that makes you the best in the world in one generation of games is going to be totally useless in the next,” he said. “So specialization in gaming is sort of the enemy of the future. We had to think about if we’re going to be in a business that’s changing that quickly, how do we avoid institutionalizing one set of production methods in such a way that we can’t adapt to what’s going to be coming next.”

What it comes down to for Newell and Valve is hiring hard workers and then trusting them to do their jobs. Valve avoids giving employees titles so their staff does not associate themselves too strongly with one task. “If somebody becomes the group manager of X, they’re going to really resist it when X is not what you want to do in the next round of games,” Newell said. “You don’t want them to sort of burrow into that – you want them to recognize that being really good at Half-Life level design is not as nearly as valued as thinking of how to design social multiplayer experiences. You’ve had them feel like they have an organization and title tied up to something when the key is to just continue to follow where the customers are leading.”

While it’s certainly an unorthodox approach in the business world, its hard to argue with the results. The level of trust the employees had in each other is what ultimately led to the successful launch of Steam, which was seen as a big gamble at the time even by those within the company. “There were a bunch of people internally who thought Steam was a really bad idea, but what they didn’t think was that they would tell the people who were working on Steam what to do with their time,” Newell said. “They were like ‘that’s what you want to do wit your time, that’s fine, but we’re going to spend our time working on Half-Life 2. We think you’re kind of wasting your time, but it’s your time to waste.'”