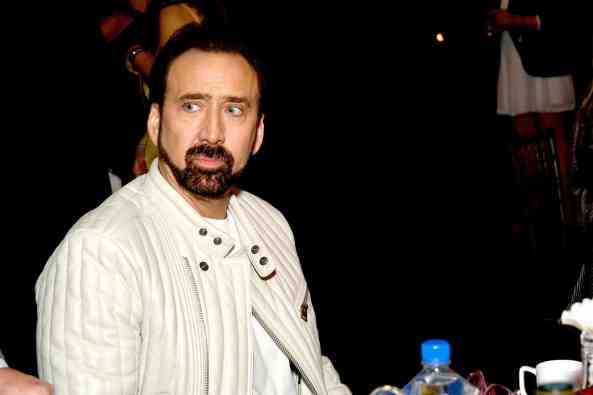 As is contractually obligated, any story about a Universal Monster movie must first mention the failed Dark Universe so we can all have a laugh. However, Universal did resuscitate its monster movie efforts with The Invisible Man and a new approach towards the films as more interesting one-offs than universe builders. Enter Nicolas Cage in the upcoming Universal Monsters adventure comedy Renfield, where he will be playing Dracula.

Cage joins Nicholas Hoult, who will be playing the titular Renfield in the film. The movie is still in early development but is said to take place in the modern day and have a comedic tone running over an adventure film. The character of Renfield originated in Bram Stoker’s Dracula, where he was a mental patient who idolized Dracula and hoped for eternal life from drinking blood. However, Dracula basically uses and abuses him, eventually forcing Renfield to eat bugs and rats. Most likely, the movie will cast a bit more positive light on the character if they’re delivering comedic tones with it. Chris McKay, who showed his knack for comedic adventure with The Lego Batman Movie, is directing from a screenplay by Ryan Ridley (Rick and Morty).

Nicolas Cage is clearly perfect casting for Dracula in Renfield and will hopefully bring a kind of Vincent Price / Christopher Lee campiness to the role. At this point, he hasn’t made a big Hollywood film in nearly a decade. His career had fallen into a B-budget film slump, but he’s been racking up accolades in recent years for an indie turn in challenging films, including the recent Pig. If nothing else, it should be fun seeing him go all out as Dracula.