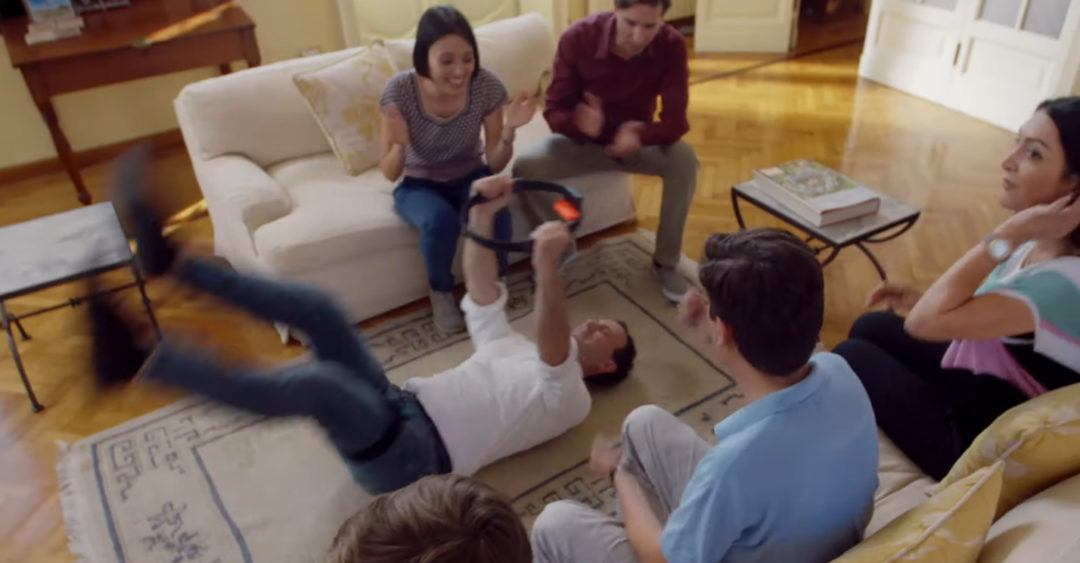 Nintendo has revealed its newest technological achievement: a circle.

Following their previous invention— cardboard — the circle looks to have a number of uses, such as belt, steering wheel, and circle to dance with. Check out a few of the clips of people dancing and working out with the circle below in Nintendo’s teaser video.

In all seriousness, this new device seems to be an evolution on Nintendo’s Wii Fit endeavors from the late 2000s. Users can wrap the device around their legs, stretch it, and who knows what else. Though some of the functionality looks to be more gamey in nature, most of the people in the trailer can be seen using the device for yoga, dancing, and other fitness-related activities. Instead of using a balance board to track different player motions, the circle device falls more in line with Nintendo Labo, judging by its use of the Joy-Con controllers.

Nintendo held a meaty 40-minute Direct nearly 24 hours ago, making a new peripheral announcement particularly surprising. In the Direct, fans got a Deadly Premonition sequel, Super Smash Bros. Ultimate updates, Overwatch on Switch, and a number of other updates and announcements, so make sure to read up on our breakdown of the biggest news.

Nintendo promises to reveal more about the circle device on Sept. 12, so hopefully we will get to see some gameplay, or, at the least, we can hope for any sort of clue as to what in the world this “new experience” really is.