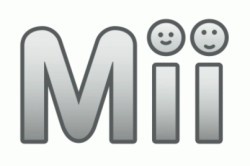 Nintendo has announced the upcoming launch of the Check Mii Out Channel, which will let people express their creative side by submitting, exchanging and voting on Miis created by others from around the world.

The channel, available November 11, will be free and can be downloaded from the WiiWare section of the Wii Shop Channel. The channel will include a Posting Plaza, where users can browse Miis posted by others, vote on their favorites and search for specific Miis, as well as a contest section in which gamers will be challenged to create Miis representing people, characters or themes. The contests will generally run for two weeks, one for Mii creation and the other for voting.

“The Check Mii Out Channel lets people show off their Mii creations and vote on those created by others,” said Nintendo of America’s George Harrison. “It’s yet another way that we’re building fun, interactive communities of Wii owners without charging them extra for the privilege.”

Miis are avatars created for Nintendo’s Mii Channel for the Wii, which can also be used in some Wii games, including Wii Sports, Mario Party 8, Metroid Prime 3: Corruption and Madden NFL 08. Each Wii console can hold up to 100 individual Miis, which can also be moved between systems via the internal memory of the Wii Remote. More information is available at Nintendo’s official Wii website.