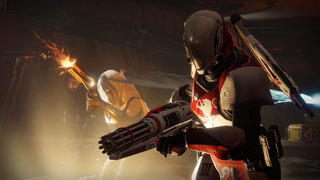 Bungie is putting its full focus on Destiny 2, which means no more updates for Destiny.

The release of Destiny 2 is getting closer every day, and Bungie is moving all of its focus to that game. Unfortunately, that means there will be no more gameplay balance changes to the original Destiny.

As Bungie said before, the upcoming Age of Triumph update is the final one planned for Destiny. According to the newest Bungie blog post, the developer revealed that going forward, the whole team will be working on Destiny 2.

“All hands at Bungie are committed to making Destiny 2 the sequel that this community deserves. We have a Beta this summer that will demand your bug reports. This fall will begin an entirely new cycle of updates for a brand new game that we think will be the best answer to the feedback you’ve give us since the original launch of Destiny.”

Destiny 2 launches on PS4 and Xbox One on September 8. The PC version will follow at a date to be announced later.