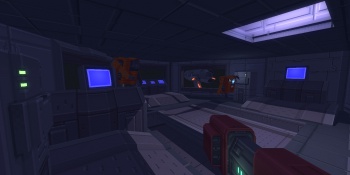 Notch isn’t continuing development of 0x10c, but that won’t stop his fans from seeing it through to release.

Markus “Notch” Persson moved on from Minecraft some time ago to work on a new project: a complex space exploration game called 0x10c. However, it seems that particular frontier will go unexplored – Notch announced in a recent livestream that he had no plans to continue developing 0x10c, and the project was effectively dead in the water. One group of fans has already taken up the mantle to bring the project to completion under a new name: Project Trillek.

The actual gameplay of 0x10c was nebulously explained, but many of the core mechanics were known. The game would take place in the dying universe of the distant future, and players would have to manage their spaceship while exploring the stars. Plenty of realistic science and engineering would be at work – your spaceship’s computer would be a fully emulated 16-bit CPU to support custom programming. These features captured the interest of many fans of hard sci-fi, leading to the fan revival of the game.

“We just sort of looked at the project and were like, ‘Okay. This is a community project now,'” says Project Trillek lead Shane Dalton. “We’re not using any of his old code, his name or anything.” The new team is rebuilding 0x10c from the ground up, with little guidance besides the core gameplay mechanics Notch had described. There are no plans to monetize Project Trillek as of yet, but it’ll be a while before the team is ready to talk about any kind of release.