New York Comic-Con descended on NYC over the weekend, and the Escapist was there. Here’s the cosplay goodness to prove it.

If you weren’t in New York City over the weekend, don’t feel too bad about it. I didn’t get to go either, so we can bitterly lament our inability to attend New York Comic-Con together.

But because we care, the Escapist did have our own Sarah LeBoeuf on the scene. And so it is that you can live vicariously through her, thanks to the cosplay photos she sent back. Baby Spider-Man? Yes, yes, and yes. Gender Flipped Star-Lord? Of course! A plethora of Spider-Men? That too. Read on and see for yourself. 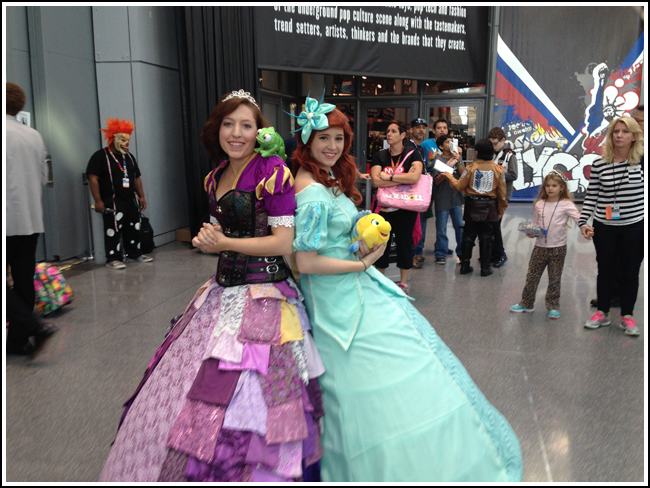 The scary thing is that while they’ll no doubt be truly just rulers, that chameleon… he’s waiting for his chance to brainwash the crown princess and control the kingdom behind the scenes. He must be stopped. 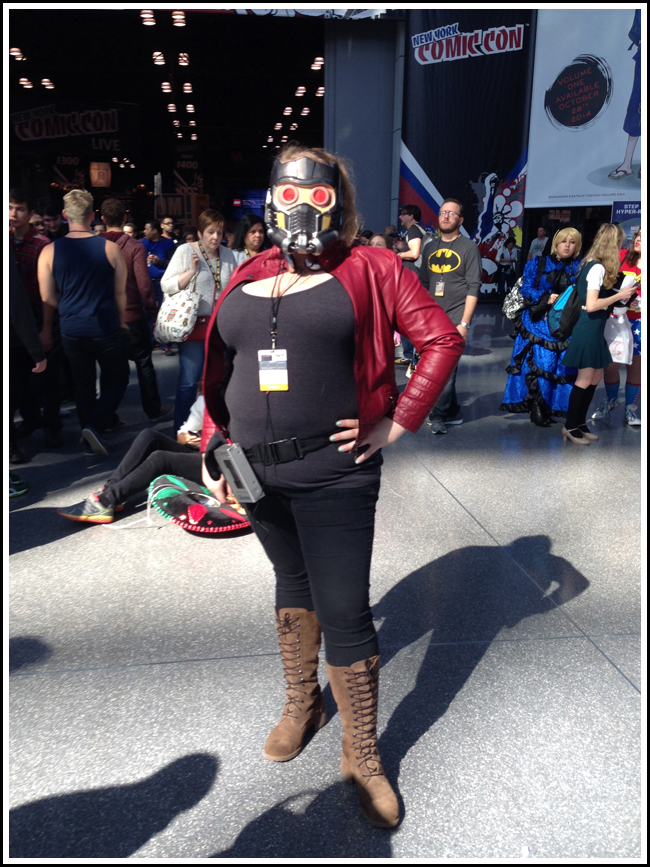 The fun thing about Guardians of the Galaxy is that Star-Lord’s outfit kind of looks cool even without the mask. Way to go, Marvel costume designer! Also, great job, cosplayer. 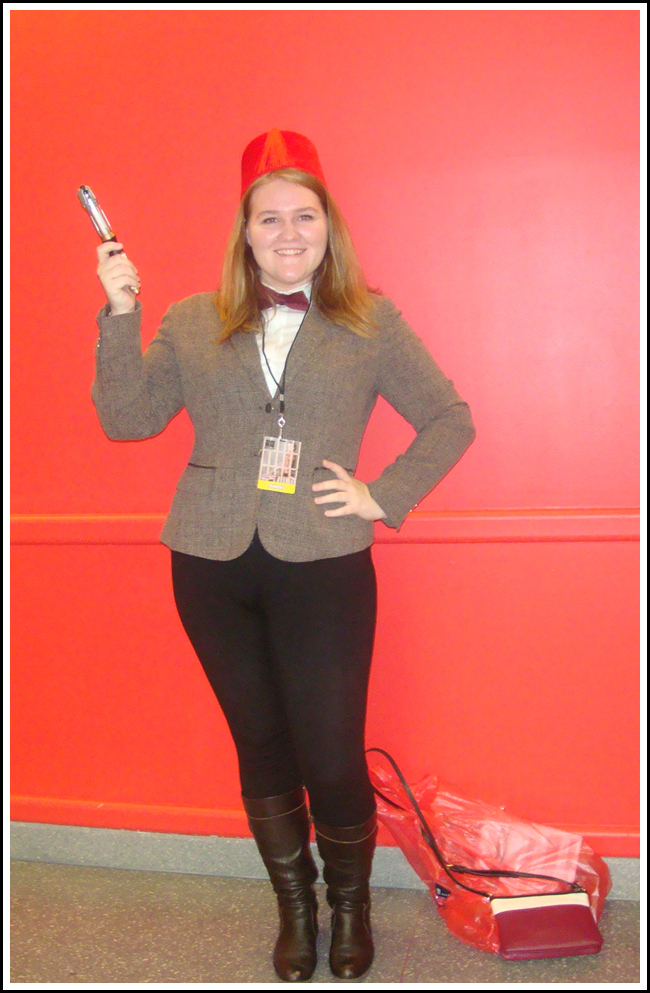 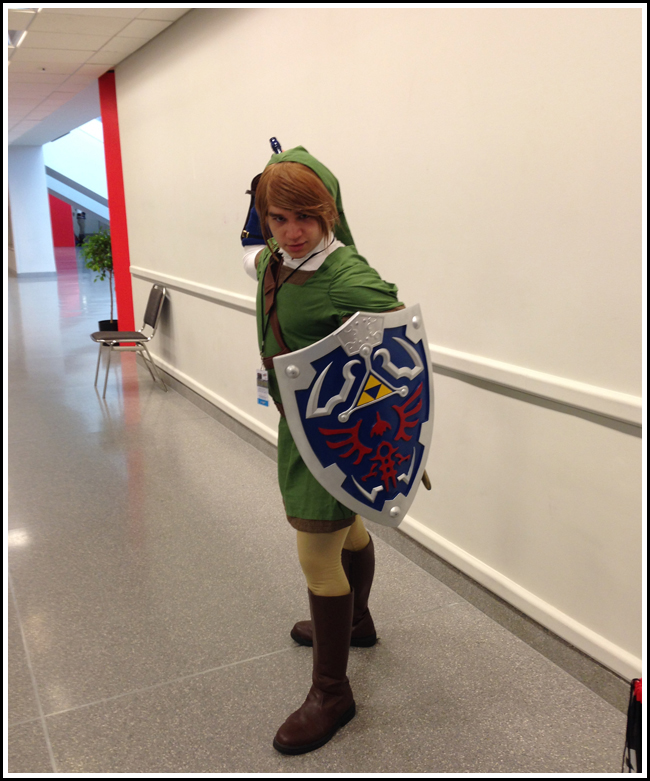 You know what? Yahtzee is right: what the heck does the Triforce do anyway? 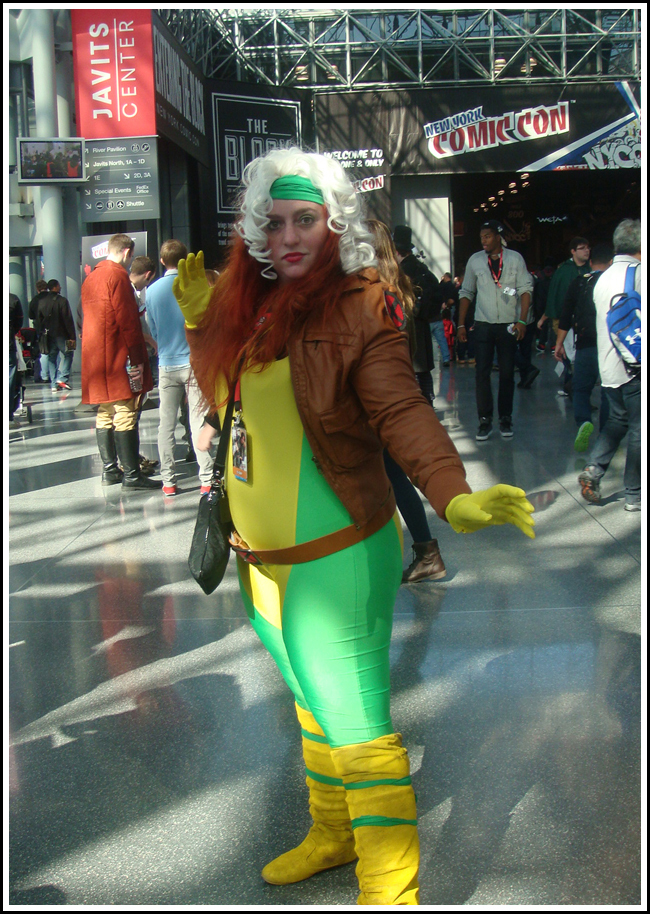 Truefact: I don’t care how long she was on True Blood, Anna Paquin’s southern accent was terrible. “Rooowguh”. Yeah, ok. This is a great costume by the by. 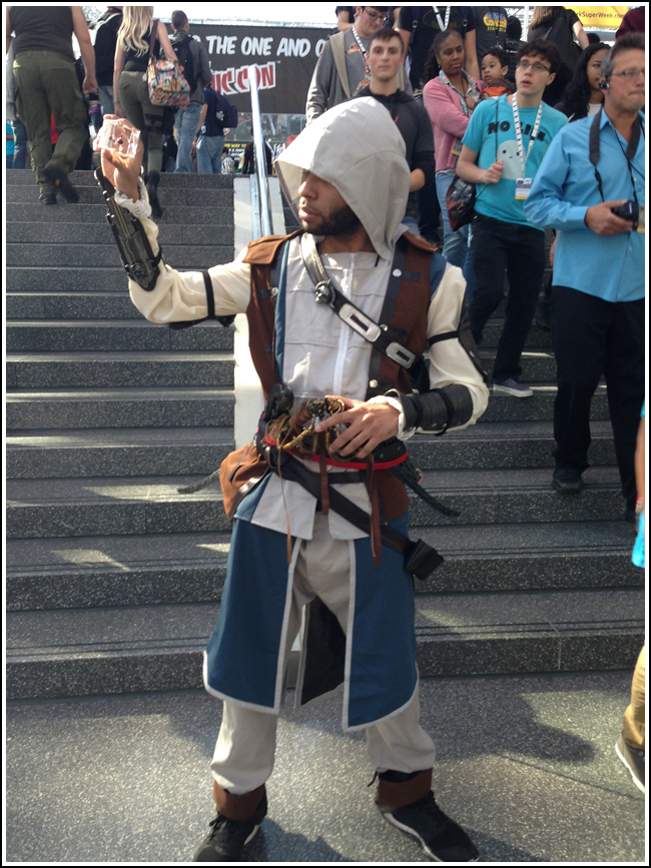 In the future, everyone will be required to either do Assassin’s Creed or Attack on Titan cosplay. In fact, I’m shocked no one has mashed them up yet. 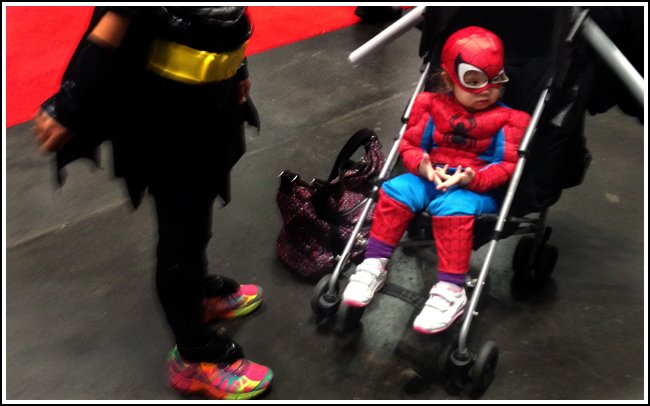 This kid’s expression is because he just saw The Amazing Spider-Man 2 and Spider-Man 3 back to back. Poor little guy. 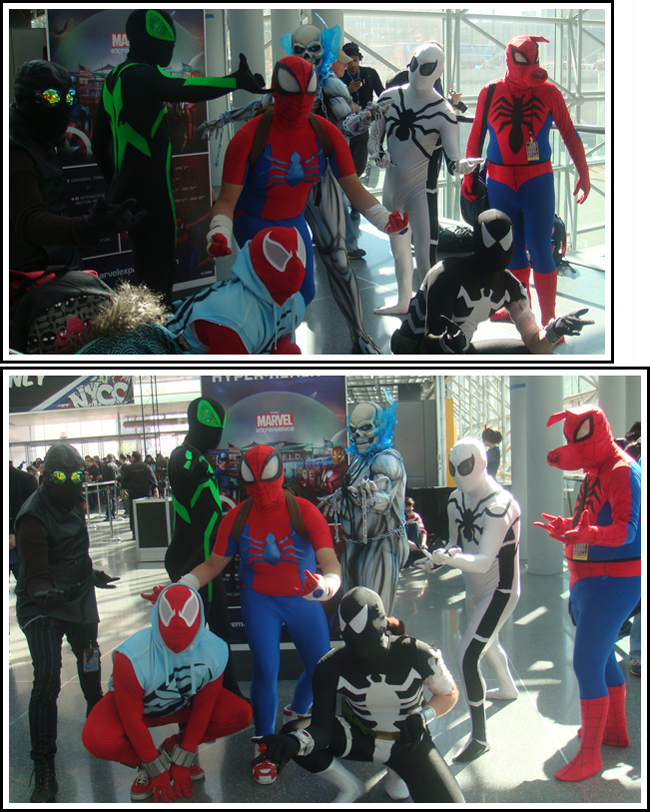 All great costumes, but I’m most impressed and happy about that Peter Porker, The Spectacular Spider-Ham. 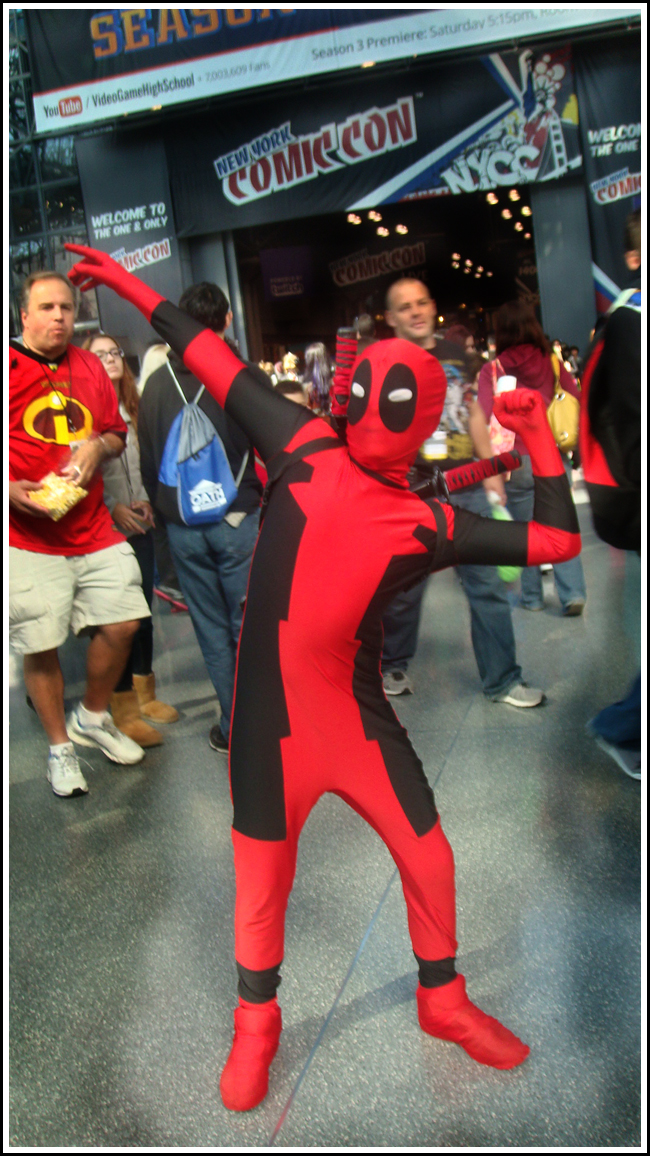 Why do I hate Deadpool so much, and yet I think all Deadpool costumes are awesome? Commenters, tell me why I’m terrible, or correct. 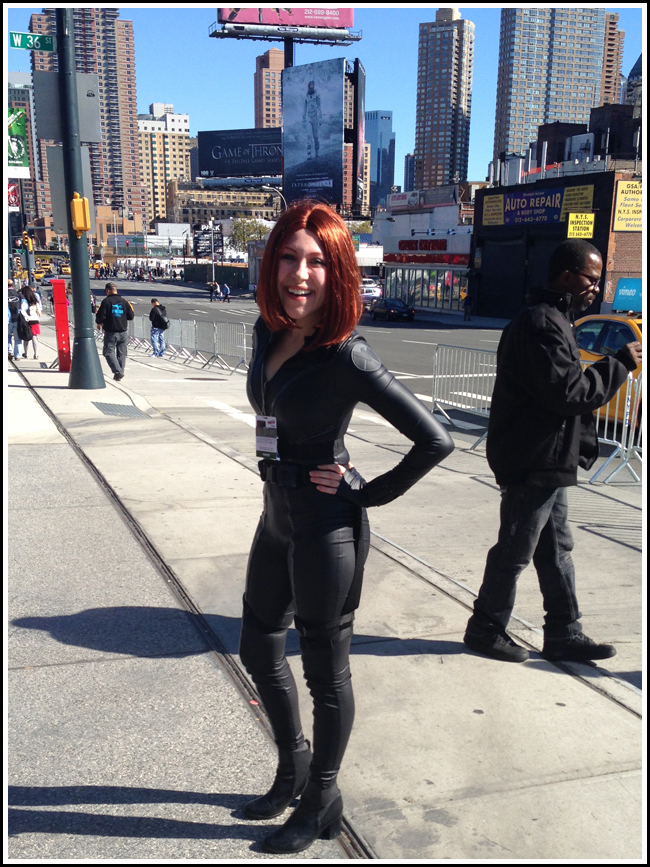 I’ve been kicking myself for not attending NYCC this year, especially now that the convention has started to surpass San Diego in attendance. In fact, I wonder if we might see a shift next year in how Hollywood approaches Comic-Con, especially since NYCC’s venue has greater capacity than San Diego Convention Center. Probably not, since SDCC remains the home of the Eisners and is the organization’s flagship event. Still, those attendance numbers have got to be causing some interesting conversations. 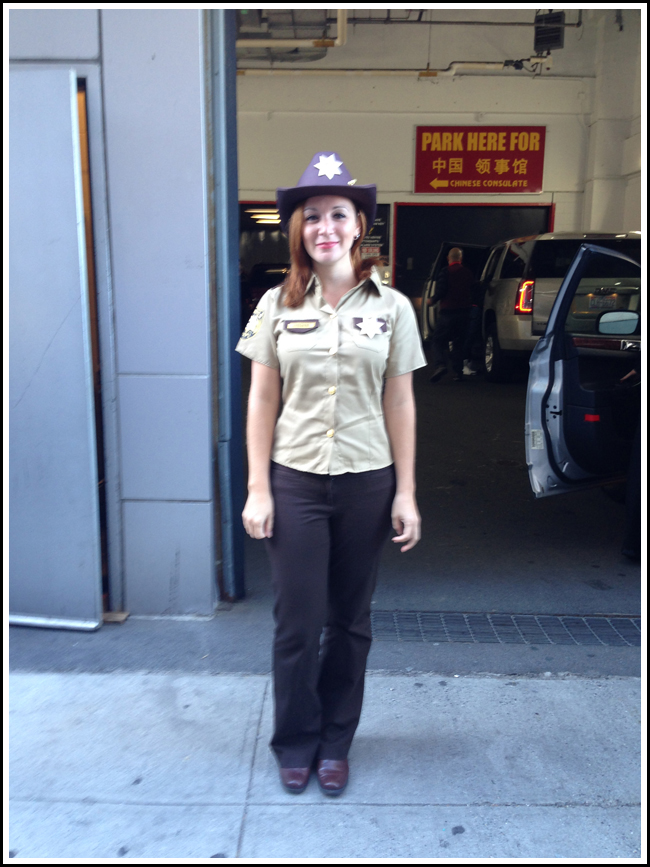 This isn’t a democracy anymore! It’s a MatRickarchy! 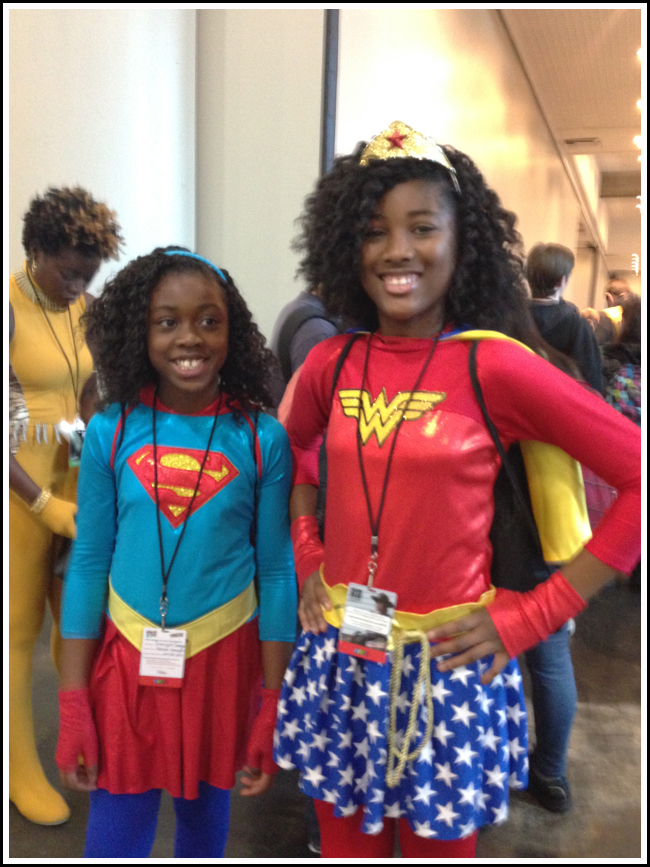 Nothing to add except that it’s kind of awesome how happy these superheroes are to be fighting crime in New York. 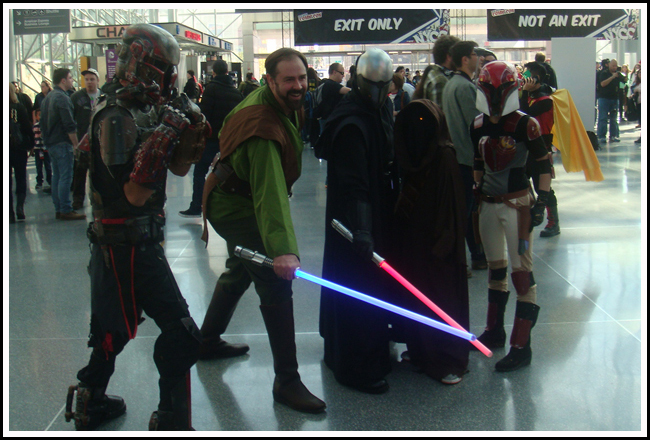 Question for you readers: Thanks to the prequels sucking large, Star Wars has obviously fallen on hard times in terms of being considered cool. There are of course some awesome die-hards, and plenty of em, but it feels like it’s making a genuine comeback. Do you think it’s possible the new trilogy will end up restoring the franchise to convention ubiquity? 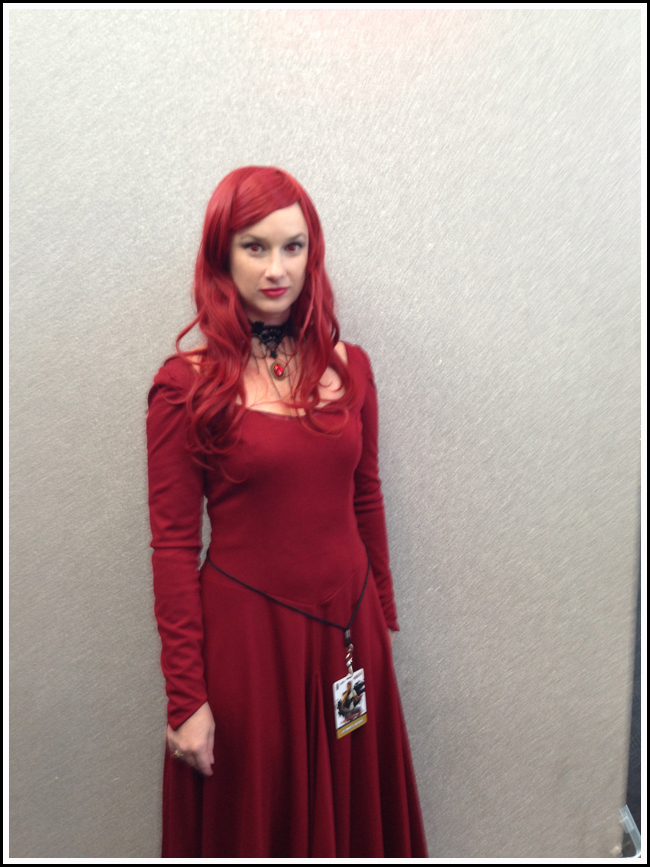 There’s nothing to add aside from the fact that Melisandre is both an awesome character and an awesome look. Thanks GRRM! 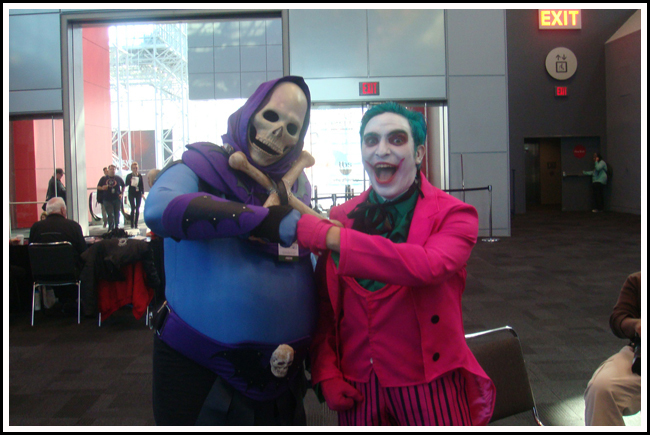 Joker and Skeletor would like you to check out their website, Nerd Caliber. Also, I have never loved a Skeletor costume like I love this one.