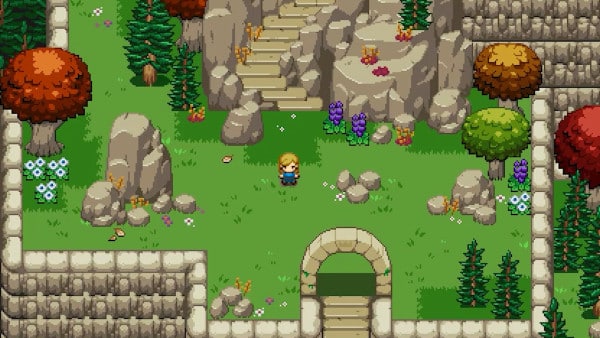 Charming Zelda-like Ocean’s Heart is coming to PC later this month. Publisher Nordcurrent and developer Max Mraz, creator of Yarntown, revealed a Jan. 21 Steam and GOG launch date for the top-down pixel art project with a new trailer. Have a watch and check out how you’ll be exploring and finding secrets through the whimsical adventure.

Ocean’s Heart puts players in the shoes of Tilia as she tracks down her best friend and father who have been kidnapped by a pirate named Blackbeard. Being like Zelda, the game packs in thoughtful combat and secrets to uncover in a fantasy setting, but Mraz’s project also blends in elements from games like Hollow Knight, The Witcher, and Dark Souls. The story itself promises a lighthearted adventure, with humor playing a part in the story told.

Ocean’s Heart follows Mraz’s side project, Yarntown, a 16-bit Bloodborne reimagining. The bite-sized free game offered up the opening hours of Bloodborne from a different perspective, and it was essentially a training exercise for Mraz as he built this new, original title.

Before Ocean’s Heart comes to PC later this month, watch our talk with Mraz during the latest Escapist Games Showcase for more gameplay and details.