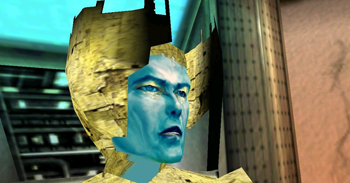 From music and fashion, to film and video games, there are few parts of our popular culture that were not touched in some way by the recently deceased David Bowie. Today, Square Enix is offering fans a free PC copy of the 1999 game featuring Bowie in a starring role, Omikron: The Nomad Soul.

Free copies are being offered through the Square Enix online store, with the use of the promo code “omikron” at checkout. The offer is available from now until January 22 or “until supplies last,” which suggests you may want to get there sooner rather than later should demand outstrip whatever possible allocation of Steam codes Square Enix may have arbitrarily applied to this promotion.

Omikron: The Nomad Soul, the debut title from Heavy Rain and Beyond: Two Souls developer Quantic Dream, is a sci-fi adventure game about the investigation of a serial killer in a futuristic city. The game features a reincarnation mechanic which allows players, on death, to assume control of a different character in the world. Bowie performs as two characters in the game and contributed much of the soundtrack.