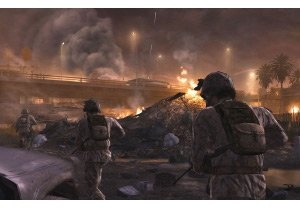 It is – and has been for some time – rather in vogue to criticize sequels, dismissing them most often as the product of lazy developers trying to cash in on established properties. This assumption has, of course, been proven correct at times, with some popular gaming cash-cows ruthlessly milked until the desiccated husks are left to rot in bargain bins or on the used games wall (though perhaps not as often as is often implied). Considering the recent GDC coverage of Gears of War 2, Resistance 2 and Fable 2, clearly the industry’s fascination with sequels is as healthy as ever. From Half-Life 2 and its pseudo-episodic extensions to the fourth iterations of both Call of Duty and Civilization, it seems that the bulk of executable files that populate my desktop contain some number between 2 and 5. A fact, as it turns out, that doesn’t particularly trouble me.

Among the pile of dirty secrets that I keep locked away in places to which there are few keys, is the fact that I love sequels. Occasionally they disappoint me, just as any game holds the potential to disappoint, but by and large they constitute some of my most anticipated and loved games. Being able to slip into a familiar environment with instantly recognizable rules and mores is like relaxing into a warm bath. I am here today to sing the praises of the sequel.

I understand that sequels in the gaming industry represent to many people a lack of creativity, a void of innovation and the worst kind of lazy development, but to work from such negative assumptions is to miss the power of storytelling and world-building that videogames provide, not to mention the practical advantages of working with a head start. Launching from a framework where game developers already have the foundation and mechanics phase out of the way – where the world is a known quantity rather than rebuilding the wheel – doesn’t necessarily mean that development of a given game will just be the application of a layer of varnish. I’ve played too many fantastic sequels from Quake 3 to Half-Life 2; Master of Orion 2 to Ultima VII, to be nearly so dismissive of the creative power that can be infused into these games.

When it comes right down to it, sequels are the blood of the gaming industry. They fuel the business so that it can – and is encouraged to – create new intellectual properties, to which it can then go on to build all new sequels. The success of Halo 3, which itself is an adequate enough exercise, is the foundation of inspiration from which developers will try to find the Halo killer, and the argument that can be convincingly made to publishers that there’s the kind of money in the prospect we normally associate with Columbian drug cartels or your average MLB contract.

But that’s not really a good defense of sequels, so much as a good defense for why someone might green-light yet another Turok or Splinter Cell game. Halo 3 might not even be a very good example of why I actually like sequels, as much as a good example of why they sell. The best defense for the quality of a good sequel comes from the games that take the opportunity to refine and improve on an established experience, which, in my mind, was not most recently typified by Microsoft’s behemoth franchise, but rather Activision’s Call of Duty 4. Where neither game strayed far from the foundation of play established in their previous versions, COD4 managed to infuse its familiar tropes with fresh ideas in all the right places to take the tools of success and create a new experience. 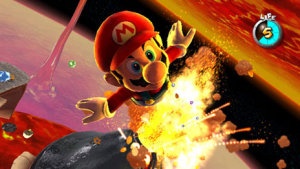 Call of Duty 4 is, in many ways, exactly the kind of game that describes the best possible sequel; those that are instantly familiar but obviously unique in a simultaneous paradox of fun. It doesn’t simply rely on some improved graphics and a new map or two, but elevates the experience built on the foundation of prior titles. Developer Infinity Ward had a firm understanding of what defines a Call of Duty game, a strong foundation on which to build, and was able to turn the power of the franchise into a step forward by changing its setting and tweak its mechanics, yet still create a game that belongs in the franchise.

Modern media is built on delivering long-term entertainment experiences. We have television shows that build a single narrative over numerous seasons. We reward films that can create cohesive trilogies, and read books that take a million words or more to tell a single story over a half-dozen volumes. Sequels in videogames are a natural extension of that kind of consumer-driven entertainment, and in an industry where costs run so high, being able to provide developers with existing tools allowing them to focus on fine-tuning the experience is often a benefit to the gamer.

Even Mario, whose tired and tattered franchise has been dragged through every conceivable marketing angle, can still manage to charm with Super Mario Galaxy on the Wii or New Super Mario Bros. on the DS. Sequels have the power to take developer creativity and amplify it, even in the most established franchises, because the innovation in games is more important than the branding, and new life breathed deep into the bellows of a familiar franchise can create some of the most powerful games on the market.

I long for the next Diablo, the further adventures of Gordon Freeman, to see what Bethesda can do with the Fallout franchise, more deity destruction with a PS3 God of War, to bring down star destroyers as Vader’s apprentice in The Force Unleashed, and, yes, even the charming Mario game to come that validates the haphazard trash of most Mario cash-ins. The price of great sequels is the same as the price of great new properties: the frequent and predictable suffering of mediocrity. For every Quake 3 there is a Quake 4; for every Civilization IV a Civilization III; and for every Star Wars Jedi Knight: Jedi Academy there is a Star Wars: Force Commander. As usual, to focus on the negative is to miss the point.

Sequels are not, by default, the absence of creativity or lazy development, but an engine for the continued success of a growing industry and a comfortable home for players. Innovation does not happen only within world-building, but rather is most often reached by building on foundations already laid. We enjoy the fruits of some extraordinarily creative minds, and whether they ply their trade in new worlds or old doesn’t seem to be the measure of greatness or success.