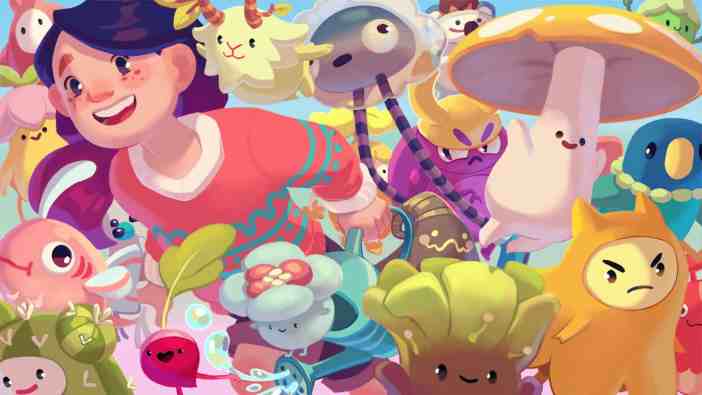 The first hour of Glumberlands’ colorful farm life sim, Ooblets, begins like most others in the genre. You arrive via boat as a newcomer to an unfamiliar village bustling with residents, shops, and a decrepit farmhouse for you to inherit. Anyone who has played Stardew Valley, Animal Crossing, Story of Seasons, or any number of other games in this genre will know this introduction, but Ooblets is not just another farm sim. It’s revolutionary. With compassion as its guiding light, Ooblets proves you can have a farm sim without commodifying or exploiting its animals. To get a more complete picture of how this uniquely pacifistic game came together, I reached out to the team at Glumberland and spoke with Ben Wasser, who makes up half of the team behind the four-year project.

Wasser said that changing the turn-based creature battles into dance battles “set the tone for all our future decisions.” He and his co-developer Rebecca Cordingley took a hard look at the previous system in place, something that was much more akin to Pokémon where creatures’ moves would inflict damage on opponents. This is ultimately akin to dog fighting, even if many shy away from such comparisons, so they made a conscious decision not to make another otherwise-adorable game that sends its creatures off to hurt each other. “Dog fighting your cute creatures was out of place with what we were going for in Ooblets,” said Wasser.

The creature-collecting wrinkle is a great addition to Ooblets, and the decision to place the titular creatures in enthusiastic dance battles rather than fist fights became the north star for the project’s non-violent vision. The lore even makes it clear that the ooblets aren’t dancing against their will; they actually love it.  When an ooblet loses a dance battle, it hands over a seed willingly so you can grow another. They aren’t forced to upend their lives and go with you. All the while, you provide positive reinforcement on their performance to ensure their spirits stay high. 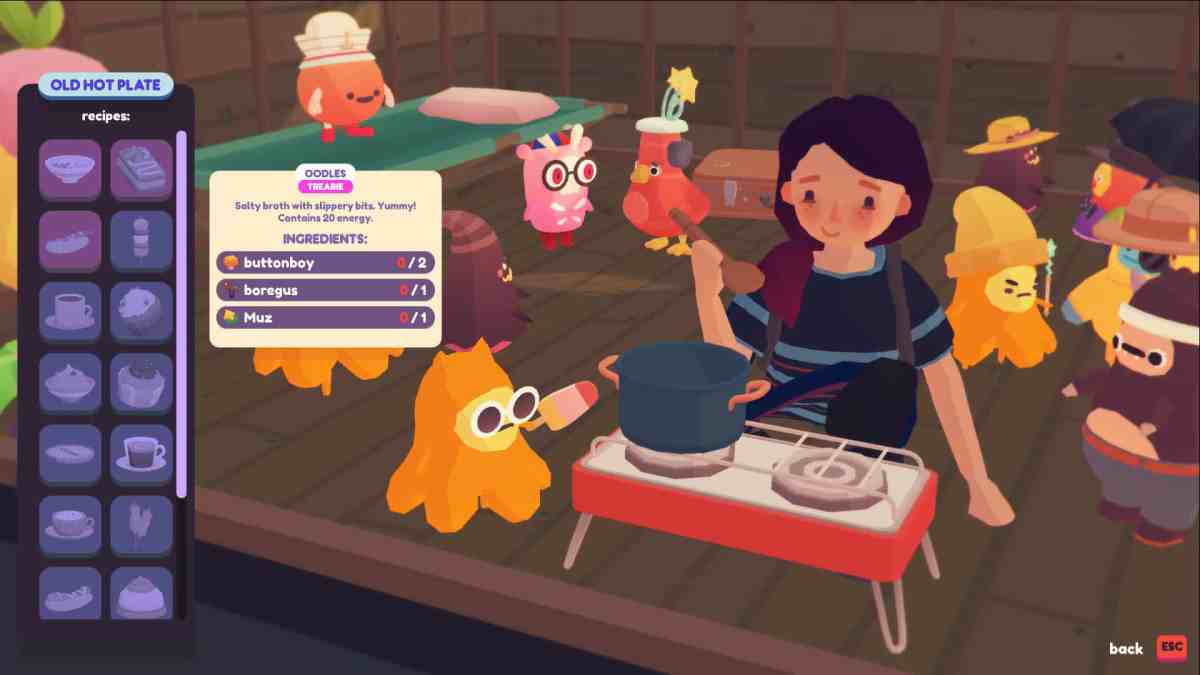 When you meet Mayor Tinstle, she explains their passion for grooving to the music: “Ooblets are mysterious creatures and they apparently love dancing. It’s very important to them. All we can do is support their interests and set up elaborate, contrived competitive dance scenarios for them to show off in.”

From there, Cordingley and Wasser did away with other casually violent but still ubiquitous mechanics, like fishing. In its place is “sea-dangling,” involving no hooks through the mouths of sentient creatures and no disrupting the autonomy of water-dwelling animals. Wasser explained that implementing fishing-like mechanics without harm to animals like ooblets was difficult.

“We don’t have non-ooblet animals in the world and didn’t want to make a separate class of ooblets that were treated differently than others (like collected in a fish tank or museum),” he said. “We didn’t have enough aquatic-style ooblets to use it as a mechanic for finding wild ooblets, either. The ethics of fishing could have probably been addressed narratively by making it clear there wasn’t a hook, but it didn’t make sense from a gameplay perspective to catch ooblets through fishing, anyway.”

Wasser’s answer was a dream come true to an animal rights activist like me. I had been waiting so long to see someone making a wholesome game give this much thought to the moral implications of its world-building. Though Wasser didn’t intend it as a slight against the genre, it nonetheless serves to remind fans that the praise Animal Crossing and other games receive for their cuteness sometimes contains a few blind spots. 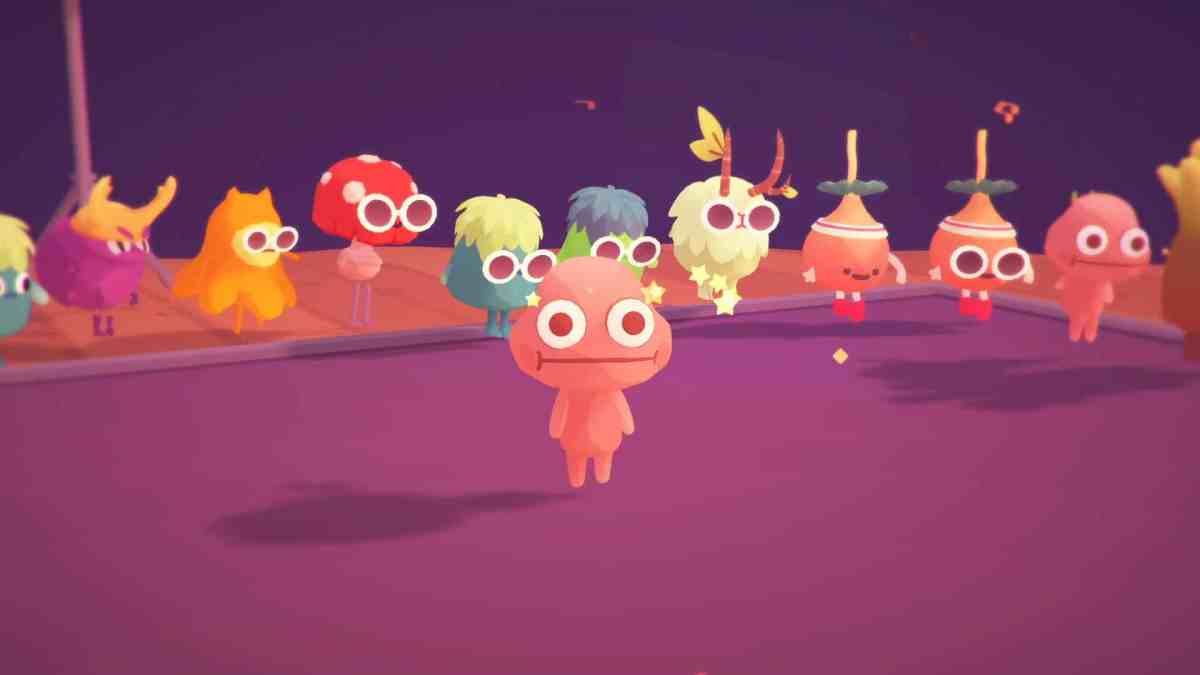 We’ve come to accept fishing as natural to these sorts of games, because in real life it’s not so bad either, many would say. However, I was thrilled to see Glumberland was considerate of a different, albeit minority, worldview. It’s pretty weird that we penetrate fish through the mouth for a bit of weekend fun, and nothing resembling that has any place in Ooblets. In the end, the two-person team settled on sea-dangling as a means to nab non-sentient materials like fertilizer and planks. No harm to anyone.

The non-violence continues into the game’s deep recipe menu. With crops and ingredients you can grow and purchase, players are able to make a vast number of custom dishes to eat for energy or to gift to other villagers. But none of them involve any animal parts, though Wasser joked that “the lines get blurry when you consider ooblets are grown in the ground and some are quite vegetable-looking. You don’t cook ooblets, though, even if they look like onions.” To put it more succinctly, “anything with a face is considered inedible.”

The completely vegan cookbook corrects the incongruousness of other similar games, where saccharine animal models are still penned and bred for materials like milk, cheese, or even leather. Ooblets rejects it all by drawing a clear line in the sand. These are the ooblets; they’re alive and feeling and deserve respect. Those are plants, unconscious and available for dinner. 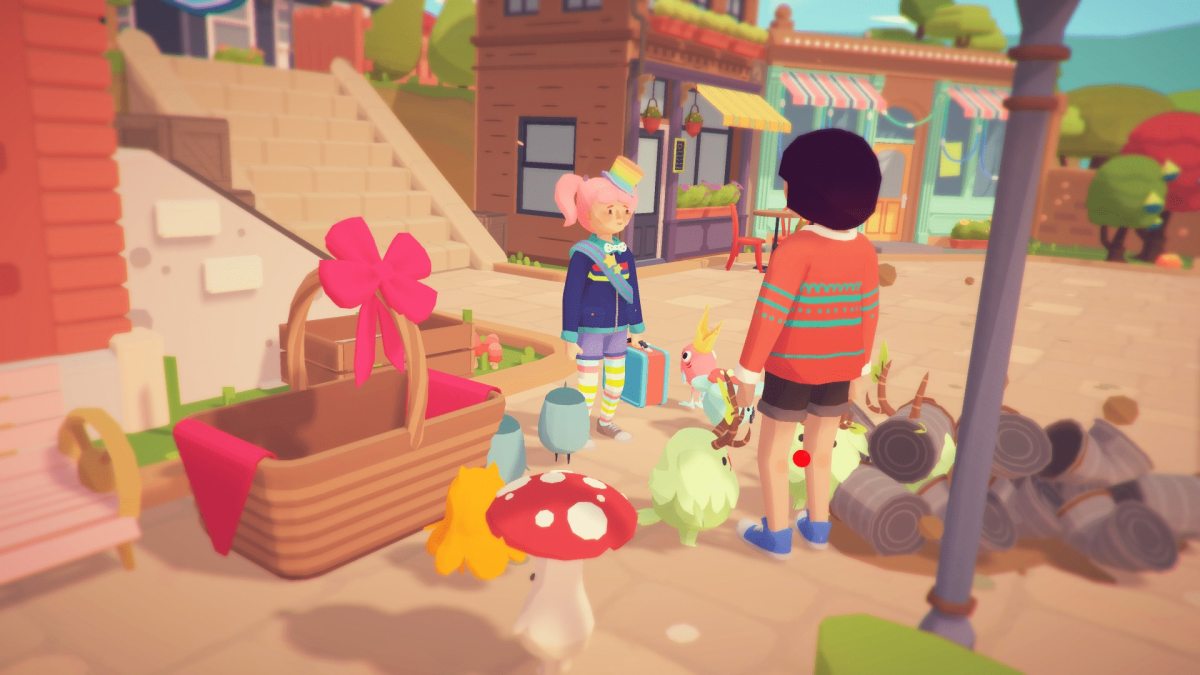 Wasser told me they have more plans to elaborate on the sentience of the ooblets, but they “had to prioritize a lot of other things to get the game out this century.”

“I think we still have a couple mentions of being an ‘ooblet trainer,'” he continued, “but we’ve tried to cool it on that stuff recently. We have a bunch of ideas for implementing more ooblet behaviors (like relationships between ooblets).”

It’s another point of emphasis I appreciate. For burgeoning animal activists, learning about the remarkable intelligence of pigs or the bonds created by cows may be an early uncomfortable fact that pushes them to expand their circle of morality to include nonhuman animals, and the land of Oob appears as a sort of non-violent utopia as a result. These are considerations perhaps no other game in the genre has made, but the game never really preaches them — this is just the way of the world in Ooblets.

Farm sim games regularly present a coziness about them, but that comfort is afforded only to the privileged few, like you and your neighbors. The rest of the game’s conscious creatures are left to fill museums, be made into sweaters, or sold as hot dogs. Ooblets marks the very first time I’ve ever seen a game in this genre set me on a farm and not ask me to hurt anyone else for the betterment of my own life. Ooblets aren’t commodities; they’re friends. And we don’t eat our friends.