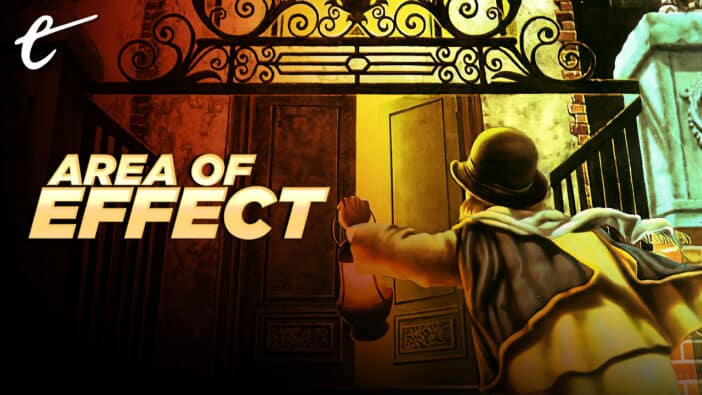 Set in the 1920s, the premise is that you find yourself trapped in Derceto Manor, a gloomy mansion located in the American South. Playing as either private detective Edward Carnby or grieving relative Emily Hartwood, (Her uncle hanged himself in the house.) it’s up to you to escape with your life. What could possibly go wrong?

The answer is, of course, everything, but it’s Alone in the Dark’s use of fixed camera angles over static backgrounds, groundbreaking at the time, that lays the foundation for the horror. You can grumble about fixed cameras obscuring your view of a room, but here that’s precisely the point; the game determines exactly what you can and can’t see.

One particularly harrowing encounter, for example, has a ghoul step into the room you’re searching. Unlike some walking corpses, this creature can’t automatically tell where you are, so if you’re fast enough, you can duck next to the wardrobe and watch it walk right by you.

Except now, because you can only see half of the room, you’re left wondering if it’s safe to exit the doorway. The more you hesitate, the more chance there is that it’s going to double back, you reason, but what if you move right now and it’s gawping right at you? There’s a real urge to make a break for it, which is an entirely intentional piece of design. 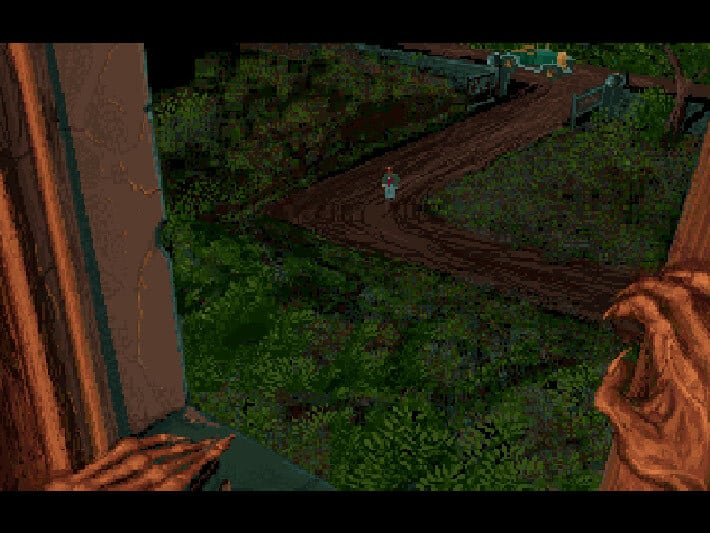 “We realized that the camera angles in which the player was the most helpless were the best to bring in a monster,” explained programmer Franck de Girolami. “Players would instantly run for a view in which they felt comfortable.”

Alone in the Dark also employs a wealth of other tricks to keep you on edge. Once you’ve watched the in-engine intro, which makes it very clear something is watching you, you’re deposited in the attic — and then the game tries to kill you.

Alone in the Dark may have inspired Resident Evil, but the latter does at least let you feel safe, either in the save rooms or the opening hallway. Here, you don’t have that luxury; within a minute or two of taking control of Carnby, something resembling a toothy, upright dog attempts to smash through the attic window.

If you’re swift enough, you can block the window with a wardrobe, but that’s when you start hearing noises from the trapdoor. Suffice to say, you haven’t seen the last of that dog. Speaking of dogs, you know how Resident Evil uses them to stop you from leaving the mansion? Fling open Derceto’s outer doors and you’re in for something much, much worse. 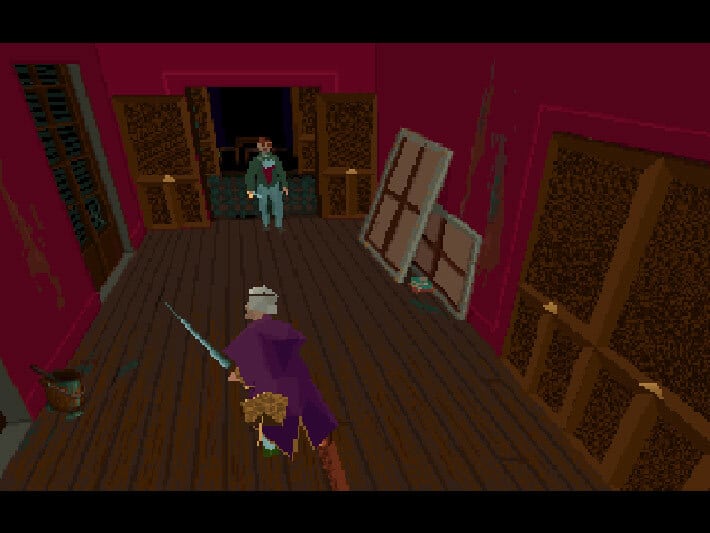 Alone in the Dark is packed with dangerous situations, including books that will kill you if you read them and floors that (if you don’t pay close attention to the cracks) just collapse beneath you. When you open a door and see a group of ghouls sitting motionless around a dining table, the smart move is to back carefully out. Will you have to return later? Possibly, but weapons and ammunition are scarce, and you’ll be looking for any opportunity to bypass these encounters.

“If you have this very heavy and dense, dark story, it helps… but I realized there was still something else,” said Alone in the Dark creator Frederick Raynal. “In an adventure game, you walk 80% of the time. So if you want to put big pressure on the player, just scare him with what he does all the time — just walking.” And it works — Alone in the Dark is unsettling, but it’s unlike either Resident Evil or Silent Hill; there’s a constant fear of putting a foot wrong. Saving often is a smart move, but you quickly learn to treat every situation with suspicion.

I certainly have to tip my hat to Raynal for having you start in the attic, and I’m not just talking about the enemies you encounter there. It might seem like an odd move, but it makes perfect sense. Yes, there’s a little back-and-forth between rooms, but you mostly make progress by descending through the mansion. You’re walking your way into hell; each floor feels progressively more threatening, even before you’ve encountered any actual monsters. 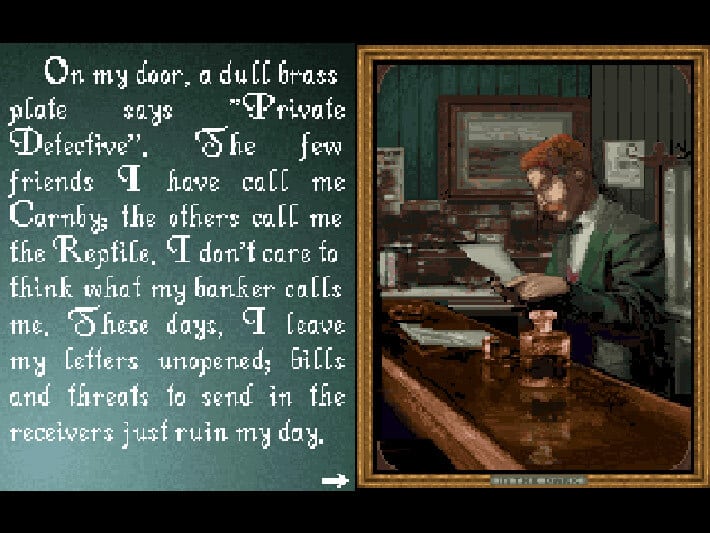 Even the game’s low-polygon aesthetic serves a purpose. Sure, Carnby could skewer small animals with his pointy mustache, but the angular nature of Alone in the Dark’s horrors has helped them stand the test of time. The two guardian gargoyles standing at the top of the game’s second-to-top staircase are all claws and pointed purple wings. They don’t actively attack till you get close, but just gazing at them is enough to make you uneasy.

Alone in the Dark isn’t perfect — your protagonist’s fighting animations are so laughably clunky that they risk taking you right out of the game. Still, combat should be a last resort, particularly since at least one foe, who has the ability to walk right through bookcases, is totally immune to your normal attacks.

Should you play the original Alone in the Dark? Absolutely, and at $5.99 for the game and its two sequels, there’s no excuse not to experience this groundbreaking and deeply unsettling outing. Whether it should have been rebooted (again) is another question entirely — the reboot is, at least, sticking with its period setting and location. But if you want to experience the original survival horror smash (from before “survival horror” had a name), there’s no time like the present.