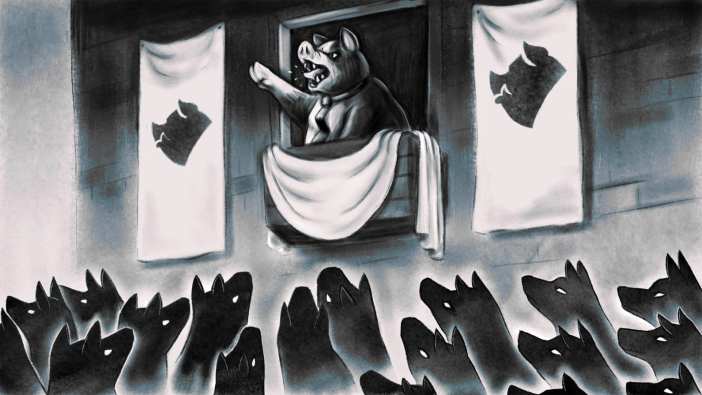 Orwell’s Animal Farm is an indie adventure game that will attempt to capture and retell the themes and messages of George Orwell’s 1945 satirical classic. Set in a world where “All animals are equal, but some animals are more equal,” developer Nerial, publisher The Dairymen, and the Orwell estate are working together to deliver their video game adaptation this fall. Get your first glimpse at what’s in store in the trailer below.

Nerial and The Dairymen offered more insight into Orwell’s Animal Farm via press release. Players choose “which of the animals’ wishes they follow – and who is ignored or sidelined,” which will ultimately decide the fate of the farm. The game will involve balancing resources, defending the farm, and keeping the animal population happy. Animal Farm aims to use “evocative 1930s painterly graphics” to put “the player at the centre of an allegorical revolution and enables them to experience firsthand the corrupting nature of power.”

Nerial is best known for its work on the Reigns series. Meanwhile, The Dairymen includes Just Flight founder Andy Payne as well as Imre Jele, who founded Surgeon Simulator developer Bossa Studios. The Dairymen, a clever anagram of Imre and Andy, is a two-person team founded to work on Orwell’s Animal Farm.

Jele provided comment on the game and the merits of adapting Orwell’s original work:

Animal Farm is a literary masterpiece which uses deceptively simple language to accurately describe the downfall of communism from the dream of equality into totalitarian oppression. The fate of the farm was all too real for me growing up in totalitarian Hungary.

History seems to repeat itself. And once more, Orwell’s classic has become a painfully relevant warning as some Western democracies started using tools and language eerily similar to those of oppressive regimes of the past.

I’ve long wanted to explore how, through video gaming, we could design an experience which immerses the player in Orwell’s vision, and in Nerial we found the perfect partner to make this happen.

Orwell’s Animal Farm is scheduled to launch on PC and mobile devices in fall 2020.