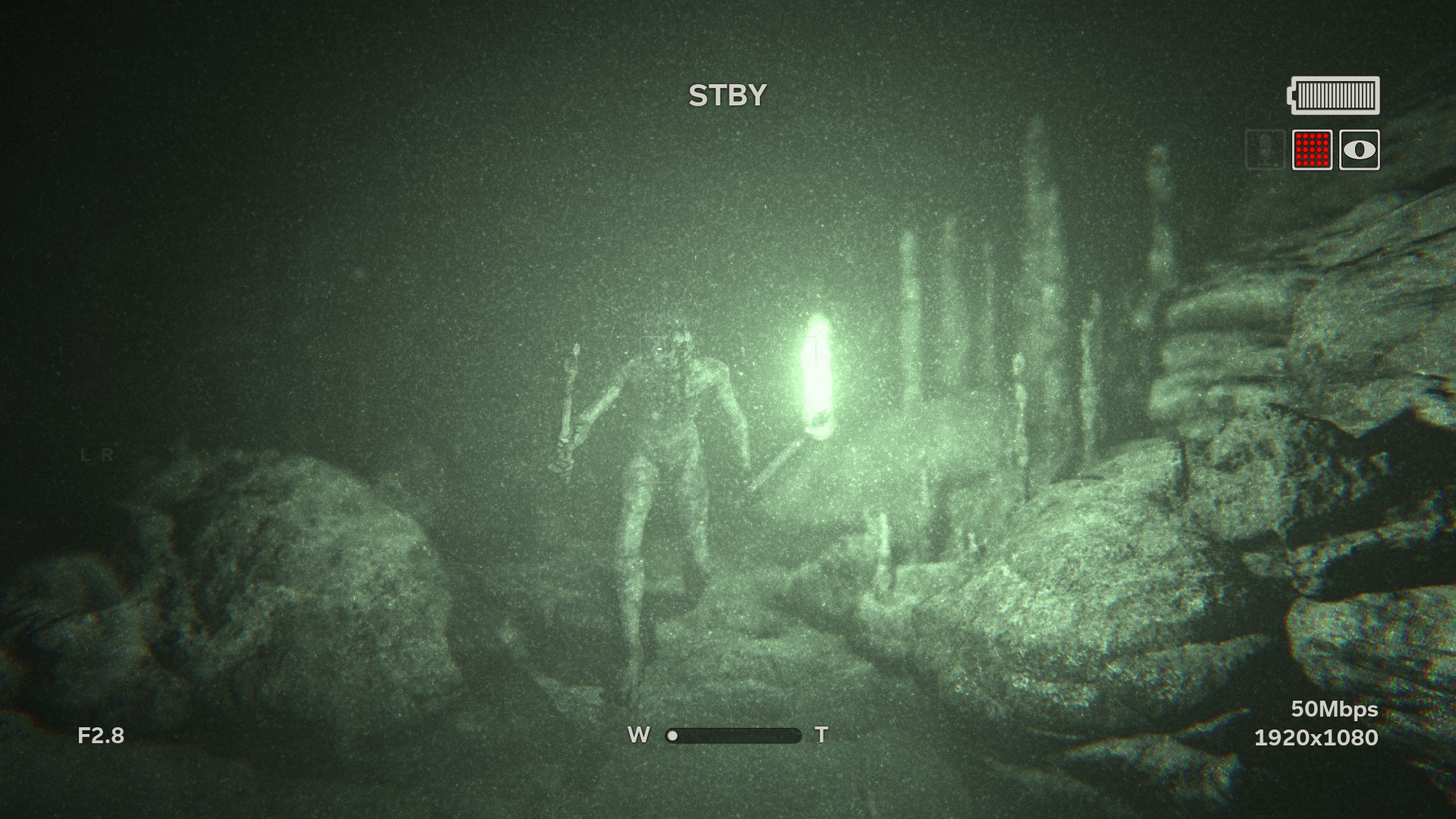 Val gets an extreme makeover and relentlessly hunts Outlast 2 protagonist Blake down in the penultimate sequence of Chapter 5. She won’t give up until you’re dead, or worse.

This tense section is one long chase. From the opening seconds, Val dons her crown of roots and begins stalking you. You’ll have to run, and there are multiple areas where Blake must use the waist-high water to avoid Val.

It doesn’t help you’re still stuck in the pitch-black mines, surrounded by more naked heretics. See how to turn off the electricity blocking your way, and how to successfully escape every encounter with Val.

Survive the opening hours with The Escapist’s Outlast 2 Beginner’s Guide, with 11 tips to help you escape the citizens of Temple Gate.

Right at the start, Val begins the hunt. Sprint directly into a cave-in, slip between the cave-wall and the mine structure, then continue on until you drop into the water-filled caves. Continue until you reach a path blocked with a live electrical wire.

Val is hunting you here. Go left of the wire, toward the lamp, and Val will appear. Retreat and run in a circle / dive under the water to avoid her, then get back on that previous path, to the left of the sparking electrical wire.

There are two switches you’ll need to hit. One is directly left of the wires. The second is down that passage, opposite the first switch. Follow the wires, the switch is mounted on the wooden walls. When both switches are flipped, run back to the wires, up the chamber, and jump onto the scaffold to escape. 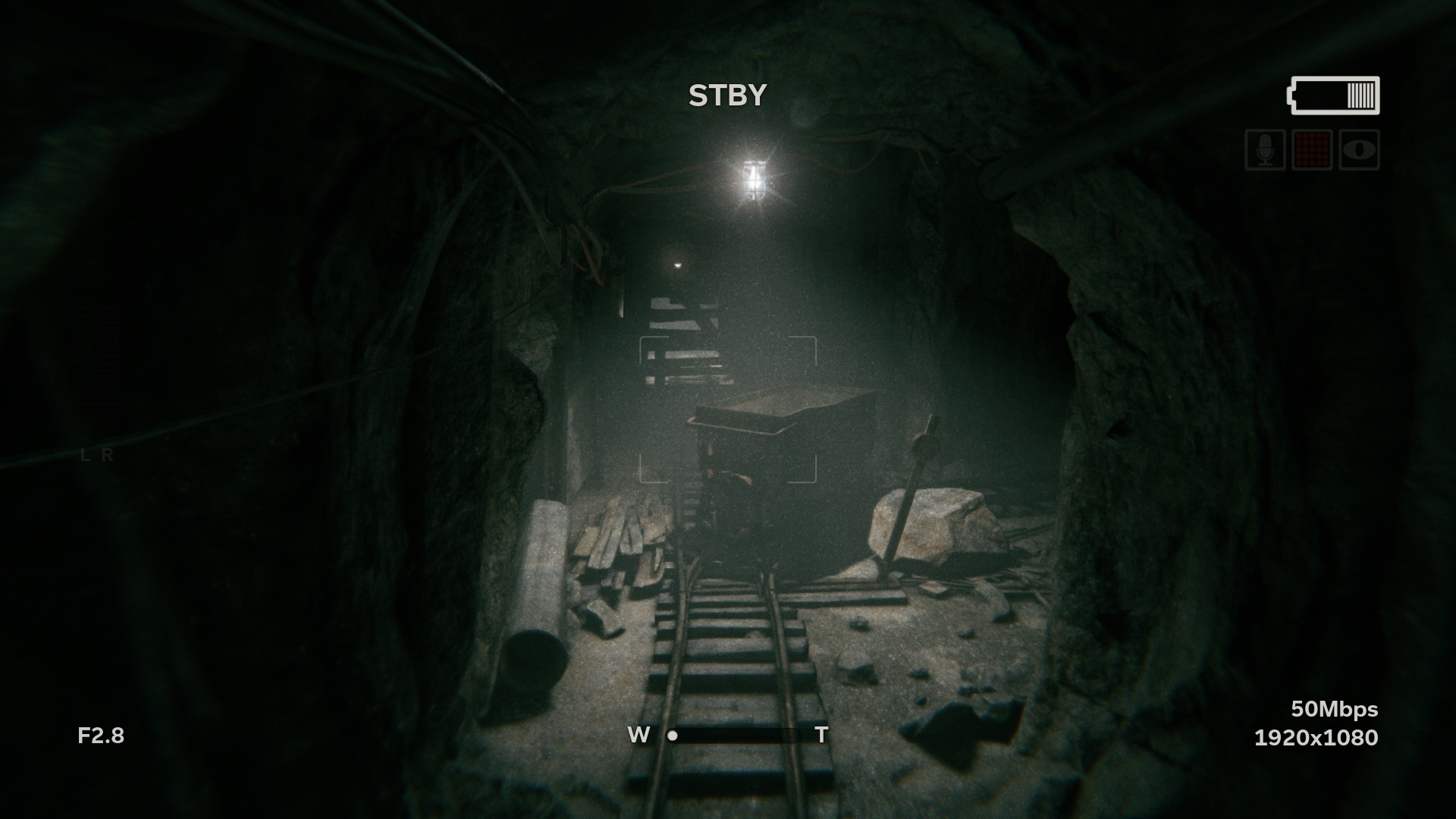 Back on the tracks, push the cart down the path to clear the way, then use the lever at the fork. Interact with the cart again, and pull it all the way up the slope. That way, when you push it’ll gain enough momentum to blast through the weak wall. The demon will reappear to taunt you, but just ignore him ugly face and move into the caverns.

Enter the path on the left, then turn right to find bloody prints on the wooden walkways. Climb down, and in the darkness ahead, Val will return. She’s on the path to the left. There’s only one way to run – straight forward. Crawl into the tiny space and keep going. She’ll follow, but she won’t catch up if you keep moving. 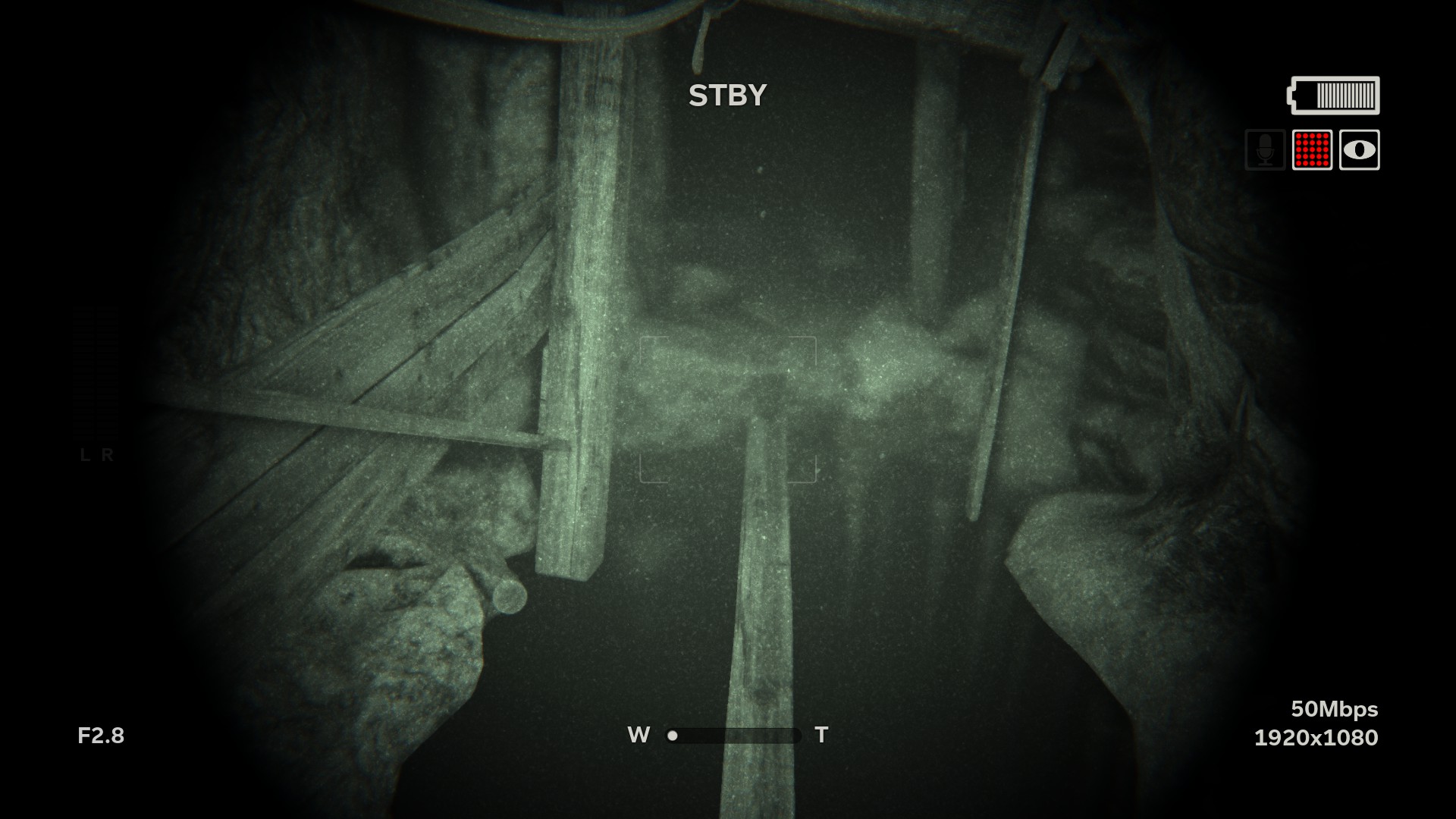 Things don’t get tricky until you reach the wooden beams. One snaps, dropping Blake into a large area with waist-high water. Look around – spot the torches and run toward them. Turn on night-vision so you can spot the creatures in the water. Avoid them, rush onto land and up the ramp to the left of the torch. Drop down into the water again, and use the nearby ladder to progress.

In the shaft, climb the ladders up and drop down onto the beam to cross the gap. Jump and climb the ledges, crawl through the caves, and slide down into the heretic chamber. Once again, Blake is captured, his camera is stolen, and you’ll stagger toward Lynn. Get close enough, and Val attacks, forcing Blake to enter another school dream.

This is just the start of our full walkthrough for Outlast 2. Check out the rest of the parts as we continue to update in the Table of Contents above.