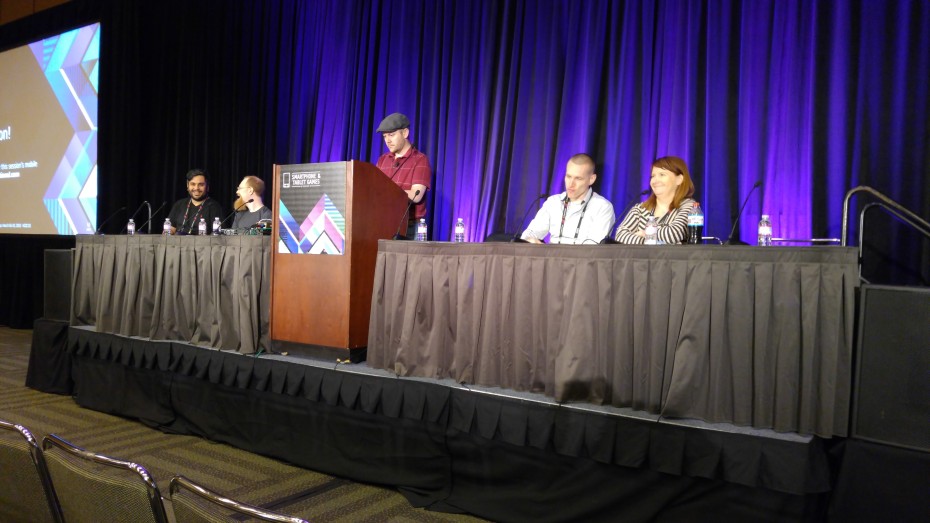 The debate of core gamer vs. casual gamer has been around for awhile now, but one developer was bold enough to say that, on the whole, core gamers as a group “don’t matter” to most game developers any more.

You’ve probably seen the debates. Gamers with PCs and consoles argue their status as the most important demographic in the video game market, while mobile games and casual gamers are more on the periphery. According to a panel at GDC in San Francisco this week, the inverse may now be true.

Daniel Cook, founder of independent game developer Spry Fox, asked his audience how many owned 10 or more games on Steam. When most raised their hands, he calmly told them “you don’t matter.”

“You are novelty seekers,” Cook said. “You are the smallest demographic in gaming.”

The gaming industry has grown to an almost $100 billion business, with slightly more than one-third of that being mobile gaming. The panel – composed of Cook, Lulu LaMer of Funomena Studio, Kongregate’s Emily Greer, Storm8 product manager Ramine Darabiha, and Lee Perry of Bitmonster Games – rallied around the idea that, while PC, Xbox One and PlayStation 4 players will always spend a lot of money, the most “core” people who make up those audiences aren’t worth chasing after for most studios building games.

LaMer said that the idea that mobile games are more for casual gamers is an archaic one, and one that actually hurts creativity. “Even if you get all core gamers together in a room, they don’t agree on what the term means,” she said. “That limits the form, and it limits innovation.”

Perry, who worked at Epic Games on such titles as Gears of War 2 and Fortnite before forming his own studio, understands the divide in terminology better than most. “It was easy to see mobile gaming as transitionary,” he said. “And I used to think of these people as if they were turning into ‘real gamers.’ And I realized I was devaluing them and doing a disservice by not thinking of mobile and casual as its own form of gaming.”

All the panelists were in agreement that a core vs. casual debate is detrimental to the way the games industry is headed.

“I have a problem with calling it core because that makes everything else seem peripheral,” Greer said. “It doesn’t equally value the experiences of other players.”

In concluding the session, Cook reiterated that the debate over terminology and dividing the player base will do more harm than good.

“It’s hard to talk about these things logically when they are really, truly stupid tribal behaviors,” he said. “I dislike these giant dichotomies. We have over a billion players. There’s so many different groups playing games right now. Any time you split up the group to two – into us and them – you’re doing a huge disservice to them and yourself.”