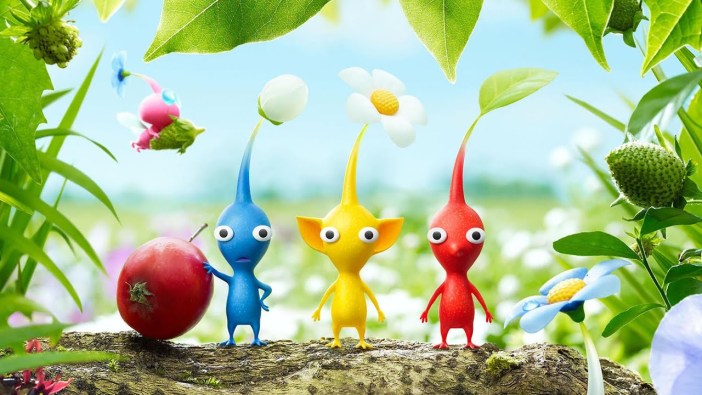 Hot off the heels of the just-announced Paper Mario: The Origami King, a new report claims that Nintendo has Pikmin 3 Deluxe in the works.

VentureBeat dropped mention of the remaster’s existence at the very end of an article about The Origami King: “But Nintendo obviously has games in the works. Intelligent Systems only oversaw Tecmo Koei’s production of Fire Emblem: Three Houses because it was working on (Paper Mario: The Origami King). Other Nintendo studios will have games ready for release soon, as well. That includes the 3D Super Mario remasters, but it should also include Pikmin 3 Deluxe.”

Pikmin 3 Deluxe wouldn’t be the first Wii U remaster to find its way over to Switch, as we’ve seen The Wonderful 101, Bayonetta 2, Mario Kart 8, and others make the jump as well. Nintendo games to receive the remaster treatment often come with bonus content not found in the original release, so Pikmin 3 Deluxe would likely see some additions as well. The game was originally released in 2013 and marks the last numbered release for the series, so let’s at least hope a remaster means we’ll eventually see Pikmin 4 too.

The impact of the coronavirus pandemic has made determining when games will release a real nightmare, so it’s tough to say when we can expect to see Pikmin 3 Deluxe or even the rumored 3D Super Mario remasters hit Switch. Regardless, with Nintendo it’s nearly impossible to predict when an announcement will come, as evidenced by today’s Paper Mario news.