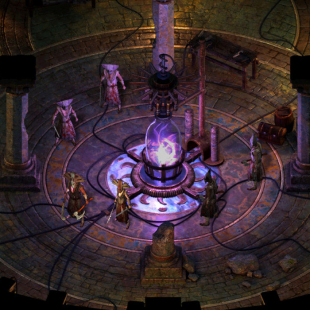 Obsidian is postponing Pillars of Eternity to make sure it will be “absolutely ready” when it releases.

Back in 2012, Obsidian Entertainment thrilled role-playing fans with Project Eternity. Later renamed Pillars of Eternity, it promised to recreate the experience of the beloved Infinity Engine games and reintroduce players to a style that the broader gaming industry had largely set aside. It earned nearly $4 million on Kickstarter and after a disappointing delay, was eventually slated for a winter 2014 release. Sadly, it now seems that the game’s eager followers will have to be waiting even longer than that.

Obsidian, writing in a forum posting today, has revealed that Pillars of Eternity sadly won’t be releasing in 2014 and will now launch in “early 2015.” According to the developer, this latest delay was carefully considered based on fan and beta feedback. According to Obsidian’s CEO Feargus Uruqhart, the extra time will be used to iron out the game’s wrinkles and deliver a final product the team can be proud of.

“Since the very beginning of this project we promised our fans and ourselves that we would release this game only when we knew it would be absolutely ready for the best experience possible,” he said. “We are coming into the home stretch but are pushing the release out just a bit to make sure we honor that promise we made originally. Thanks for your patience and support, it will be worth the wait.”

While this latest delay is likely to be a downer for RPG fans eager to get their hands on the game, it’s hard to argue with the wisdom behind pushing it back. This is especially true in the case of Obsidian which, in the past, has released several games marred with technical issues stemming, in no small part, from being pushed into stores before they were fully ready.