There are three myths that inevitably pop up whenever the relative worth of various media are discussed: The book is always better, the adaptation is always worse, and sequels are always rotten. Taken together, they serve as a guide to the assumptions we make about our entertainment and our art. 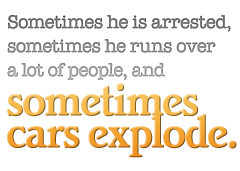 When it comes to videogames, the first two rules still rule supreme, but the third is nowhere to be found. Despite all the sequel-bashing that takes place with other media, a videogame sequel is a different case altogether. Rather than assume that a sequel is an innately inferior thing, often the opposite is true – we expect sequels to increase in quality. In fact, this assumption is so commonplace that we don’t often stop to consider how radical it really is.

Part of this is that there is a difference in how games do sequels than any other modern medium. Usually in other works, a sequel is an extrapolation – a type of physical extension that extends the scope of the original. It opens up what was formerly closed, like picking at a dried scab. The results are often messy: Happy endings are laid vulnerable to new developments, or are brushed away as continuity fluff. Characters who made it through the first go-through are killed off in the first reel, or vanish mysteriously, or turn out to be a robot. And in this scramble to add on additional stuff, the original can be grossly mischaracterized or misunderstood. Suddenly in Phantom Menace the Force is just a bad buildup of bacteria, and suddenly all that deep-sounding philosophy of The Matrix is revealed as actually just deeply-dumb. It isn’t just that a sequel might take a beloved story in a weird direction, but that in its missteps, it drags the first one along behind it through the muck.

But a sequel in a videogame doesn’t necessarily work that way. There is no need to slap the one onto the other, suggesting a direct and chronological type of sequentiality. What it might do instead is reinterpret and reiterate, and serve as a mechanical sequel, rather than a narrative one.

Here’s a story that inspired several sequels: A princess is kidnapped by a horrible turtle man and an Italian plumber has to chase through several worlds to get her back. I could be describing any number of Mario games, from 1985 on to the present. Their stories are essentially the same, but their gameplay is worlds apart. Here is another: A disgruntled young man takes to a life of crime, and commits several car thefts. Sometimes he is arrested, sometimes he runs over a lot of people, and sometimes cars explode.

In both cases, there might be differences – maybe that turtle man has seven bratty kids, or maybe he’s in space. Maybe that bitter young man realizes that his American dream is just dust and ashes, or maybe his friend’s record goes gold and they all go out for fast food. They work as variations on a theme, throwing their differences into relief through each iteration. So there is no sense that, after saving the Princess, Mario might settle down and retire back to Brooklyn, maybe open a pizzeria – there is no “happily ever after,” only “Your quest is over. We present you a new quest.”

A reason that these do-over sequels don’t disturb our experiences with their originals is that, unlike other media, the continuity of games is always called into question. Where a film sequel might tarnish an original by rewriting its past, games constantly rely on this sort of retro-continuity: not as narrative device, but as play mechanic. It’s a medium, after all, of 1-ups and extra men, where anything that happens in-game can be wiped away with a wave of the hand. Occasionally this constant backtracking is given a thematic resonance, like the rewinding of time in Braid, or a narrative gimmick like Desmond’s misremembered history in Assassin’s Creed, but usually it’s simply offered as the way things work. In any number of games, we spend our time between do-overs, between “continue?” and “restart,” drawing out the length of our last life or final quarter. And we understand what happens when we run out of continues, or our party gets wiped out miles away from a save point: You start over, you try it again.

So it makes sense that there’s a similar resetting at work in this type of mechanical sequel. Fought through hundreds of goombas and koopas and cast Bowser into a pit of lava? Go from a single starter Pokémon to a legion of hundreds? Beat all eight robot masters, obtain the master sword, find the Varia suit, restore the vampire killer, collect all the stars, shines, Triforce pieces and Chaos Emeralds?

Good! Great! Now do it again.

It’s true that this type of repetition can run a game franchise into a rut, but this type of thinking ignores the redemptive possibility in these revisions and remakes: Just as a bad sequel might run a game into the ground, a brilliant one might bring it back to fighting form, because through all of these reiterations the medium itself has hardly stood still. As technology has changed, as programmers have played with what games are capable of, so these stories have changed too. 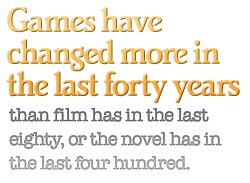 As games are reiterated, they are slowly refined. As we play and play again, these same stories shift into new forms – sometimes imperceptibly, sometimes rapidly and monumentally. It’s in this difference that videogame sequels set themselves apart from their originals – in some cases, they are different enough that comparing them is like apples to oranges. So you could make a case that Super Mario Bros. beats the pants off of Super Mario World and you could reject the high tragedy melodramatics of Grand Theft Auto 4 for the amoral simplicity of the first Grand Theft Auto, but neither of these is a given, and there is room for debate. The fact that we can argue these things, that there is no consensus on what makes one game better than another, is ultimately to our benefit. It promises that there will be generations of games to come that continue to wrestle with these ideas – including further sequels offering further variations on a theme.

Not every game sequel shares this amnesiac relation to its original – and as the technology of videogames continues to improve, we’ve seen an increasing number that attempt to continue game narratives in new and engaging ways. BioWare, in their Mass Effect and Dragon Age titles, have worked to extend continuity from one game to the next in a way that strives to treat players’ in-game choices as canonical events in a larger story. And Valve, as teaser to the alternate reality game that has led to Portal 2‘s launch, went so far as to patch in a new ending to Portal – a dramatic and playful type of retroactive continuity that is mindful of the ways that sequels disturb original works. Even Grand Theft Auto 4, in its two expansions, offered an expanded story that shared certain events but contrasted deeply in theme and tone, suggesting a Rashomon-like depth to Liberty City that could not be contained by a single story.

But even these games, in their various treatments of videogame continuity, must still make good on that fundamental rule of videogame sequels: Do they tweak the game in an enjoyable way? Even as they bring us more of the same, even as they draw out familiar stories towards their dramatic conclusions, still there is that promise of the videogame sequel – to cover ancient ground, but take us someplace new. To play, then play it again.

Brendan Main has never been in a sequel, but one time he really was Lost in New York.