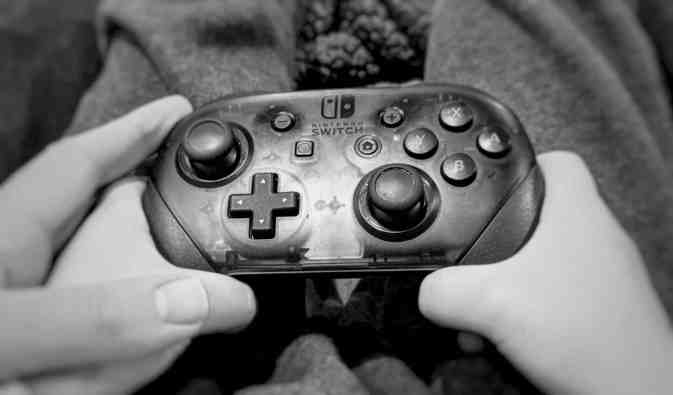 It was nearly six months since I had seriously played a video game.

For a guy who grew up gaming and eventually writing about video games professionally, it was an unprecedented amount of time not to play. Sure, I’d played some Super Smash Bros. here and there or halfheartedly turned on Dishonored 2 for a few minutes before switching it off, but in reality I had lost any desire to play games.

This wasn’t a sudden loss of interest. My slow death as a gamer had built up over nearly a decade. Time was the biggest factor. As my non-gaming professional life took off, there was just less time to play. I married my wife, who isn’t a gamer, so relaxation time with her isn’t spent gaming. I started a movie website that began growing into something. Writing about and watching movies all the time crowds out a lot of your brain’s space for other entertainment, and I was no longer able to keep up with gaming outside of my favorite franchises. Then I had a child and… life happens. 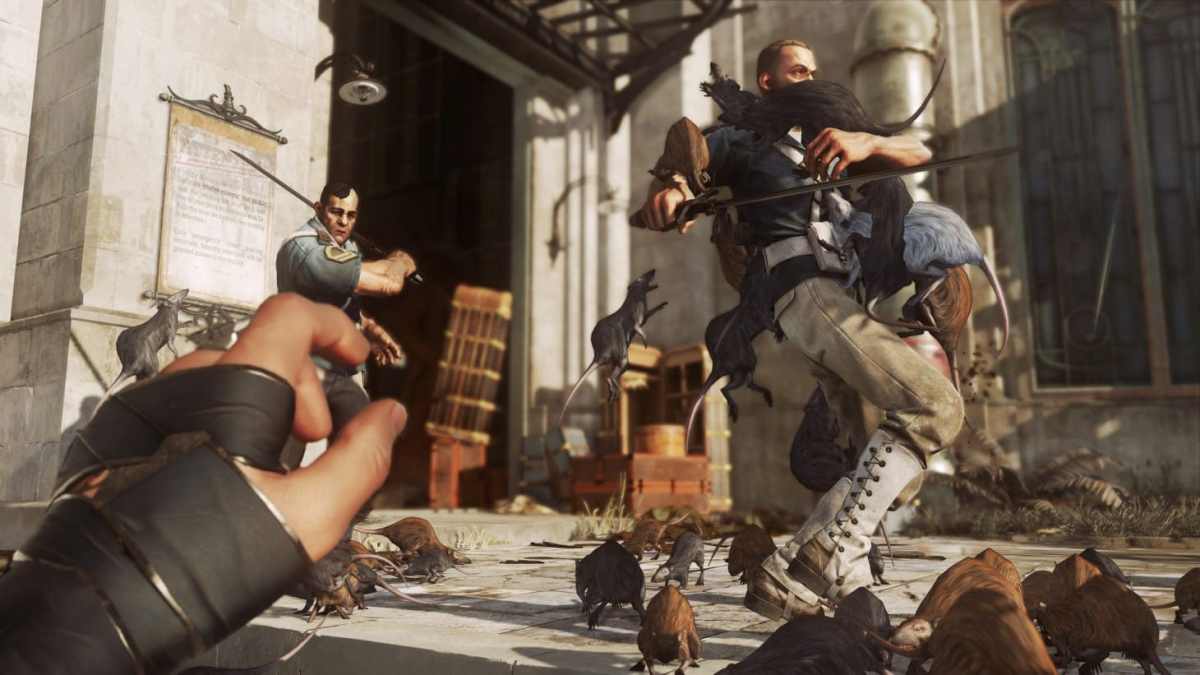 It wasn’t just time, though. Over the past decade, gaming moved away from me too. I typically play single-player, and for a while it felt like the industry wasn’t catering to me anymore. That’s not to say that games I would enjoy didn’t come out over the time of my declining interest, but combined with the lack of time and greater involvement with film and TV, searching them out wasn’t something I wanted to do.

Finally, the community pushed me away as well. The friends I’d made through gaming were still there, but the community writ large got, and still can be, pretty toxic. Not having that presence in my life by ignoring gaming news and communities turned out to be pretty good for my mental health. (Who would have guessed!?) Not to mention having a child kind of puts things into perspective. I often felt overwhelmed by the number of games landing that I “needed” to play and felt left behind by those with the time to tear through them. Thus, gaming just fell by the wayside — my life, the industry, and the community forming a perfect trifecta to slowly bleed my interest in playing games away.

That’s how I eventually got to six whole months with no gaming.

Then two things happened. First, my son turned five. Well, four-and-half, but saying five sounds like we had some sort of parenting milestone planned. That’s not how parenting actually works. It’s almost never on any sort of schedule. Around the age of five-ish he seemed to be understanding the difference between reality and fiction better, so we started to play some video games on Saturday and Sunday mornings, with the added bonus of letting my wife sleep in a bit. We played a random selection of age-appropriate titles for a while, but nothing especially clicked with him.

The second thing to happen was the release of the remaster of The Legend of Zelda: Link’s Awakening on Nintendo Switch. My son had been wanting to play Zelda since I’d let him play with my collection of amiibo, and he spent hours poring through my collection of Zelda art books, asking me with wide-eyed wonder who each character was and what every symbol meant and how every weapon, gadget, and shield worked. My wife and I limit his screen time and the pixelated Zeldas weren’t realistic enough to engage him yet, while the likes of Breath of the Wild grabbed his attention but, for us, felt a little too realistically violent for him. Link’s Awakening‘s chibi-style graphics and old-school top-down design were the perfect balance between cartoonish fighting and updated graphics for my son. He was hooked.

Zelda has always had a special place in my heart, though I’d never played entirely through Link’s Awakening. I still have vivid memories of the first time I walked out onto Hyrule Field in Ocarina of Time and was gobsmacked by how large it was.  The traditional gameplay mechanics of exploration and item collection click with my mind like no other game series. The last game I dove hard into was Breath of the Wild, so seeing my son attach himself to Link’s Awakening and watch me play it every weekend morning felt amazing. Sure, he didn’t quite pick up on the themes and sadder tones of Link’s Awakening, but the spirit of adventure and excitement he was feeling was palpable. He’d get super quiet and tense during boss battles and upset when I messed up an attack. He’d wonder where we could explore next and marvel at the many oddities found throughout the game. (The musical frog king was a particular riot.) 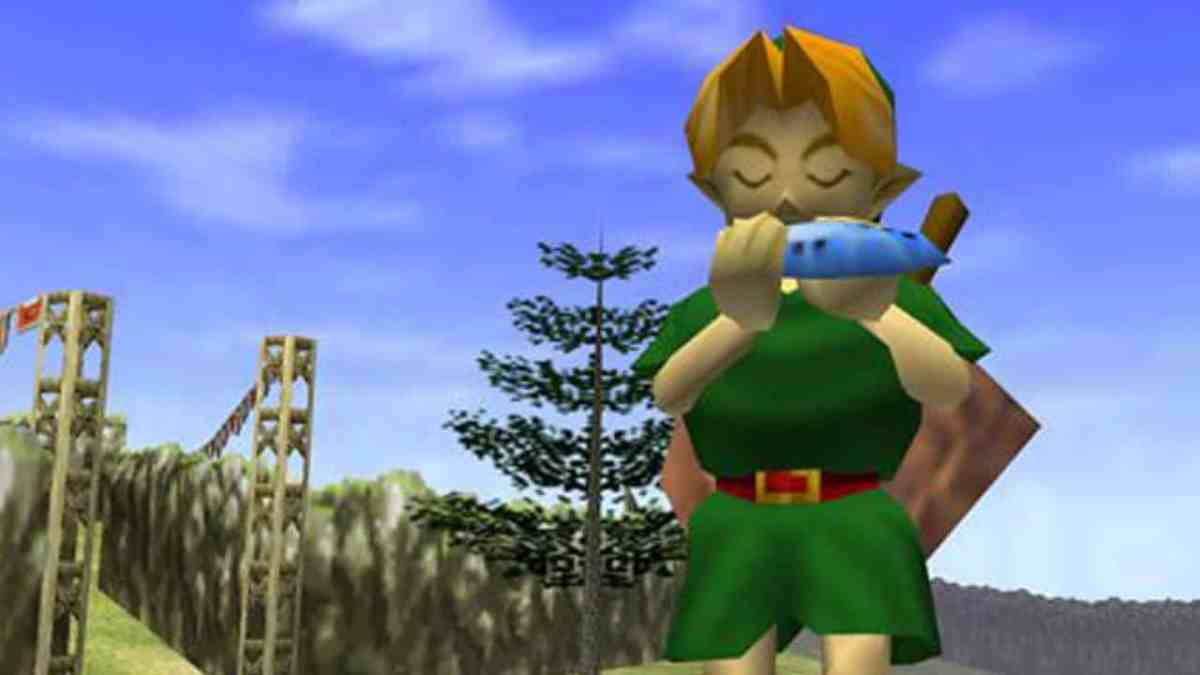 It didn’t end there, though. My son started creating stories starring Link, Zelda, and Ganon (not present in Link’s Awakening but all over the art books) outside of the games. I’m literally making up a multi-part Zelda adventure for bedtime stories each night now at his request. He wanted to know details about Hyrule I had no clue about. He’s always been a creative kid, but this was like watching his imagination turn into something real. The game’s sense of discovery and wonder came off the screen and affected him.

Since then we’ve played Mario Kart 8 and Luigi’s Mansion 3, and in much the same way, the games have sparked his imagination outside of gaming while drawing him into worlds he never imagined before. But the effect has not only been on him. In engaging in his joy and excitement, I’ve come to reengage with gaming itself. Yes, simply sitting down and playing games with him made me do that, but much like these games tipped over into his imagination, they’ve tipped over into my memory of how fun video games can be when you’re excited about them.

I looked back at how I was playing games and saw someone trying to keep up, instead of trying to enjoy it. It’s no wonder I had slowly lost interest; I wasn’t doing things that actually interested me. The spark of imagination that grew with him reminded me that I engaged with games because they told stories that I could be involved with. That the adventure doesn’t have to be part of keeping up with a nebulous benchmark or attached to a toxic community. It’s mine and I play for me. The very idea of a backlog itself felt constraining. My kid’s enjoyment doesn’t come from looking ahead to the next game, but from the game we’re playing right now. 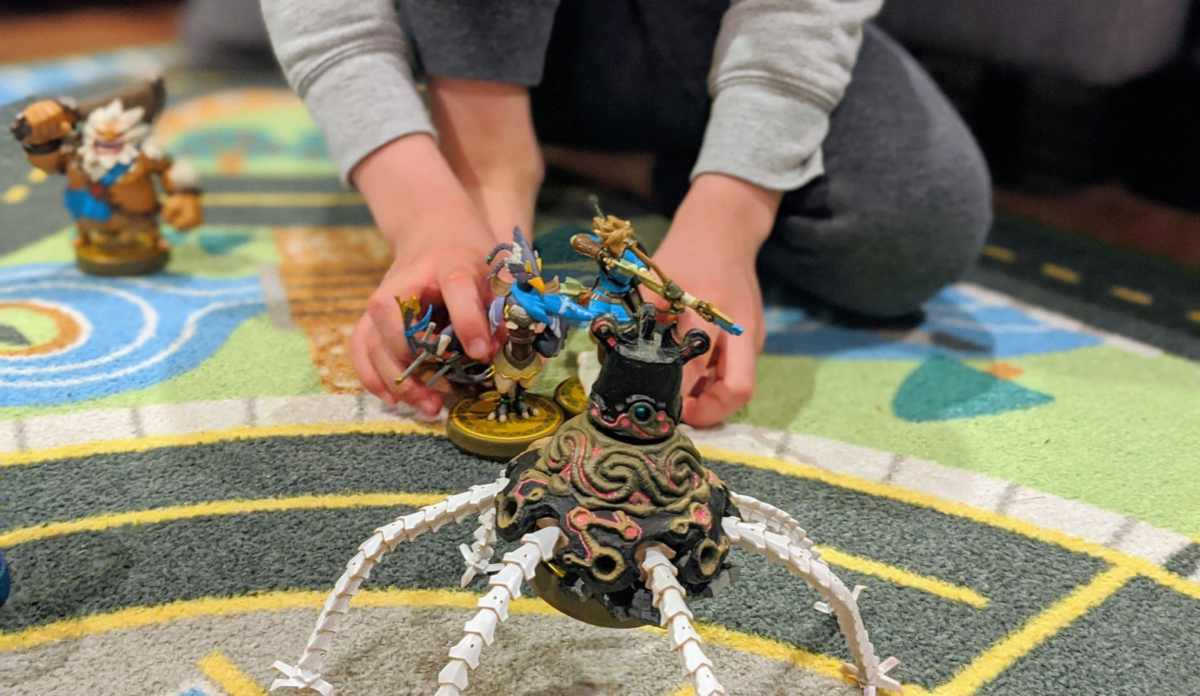 Of course, none of those realizations impact that biggest factor of my separation from gaming: time commitment. But that’s just the thing. I was considering it a commitment. I play with my son two days a week for about an hour! If you had asked me before if that were enough time to enjoy a game, I would have said no. That’s a ridiculous stance — the game isn’t going anywhere and your enjoyment doesn’t change. In fact, I looked forward more to gaming with the week-long gap. It was something exciting I was going to get to do Saturday morning. And if you’re not keeping up with the Joneses, then playing a few hours a week on games you care about changes from a commitment to a game. Games are fun.

Playing with my son helped me redefine my relationship with gaming, and having the first game we really sat down with and beat (slowly) be a Zelda game helped me return to a time when I felt the same inspiration from games as he does. Gaming had become a lifestyle for me, and one that I couldn’t maintain, so it crashed and burned. I’ve started to rebuild my passion though, one hour every Saturday and Sunday with a five-year-old whose face lit up like the sun when he finally got to see the Wind Fish.

We’re moving onto Sonic next, though I pushed hard for Wind Waker. He’s seen trailers for the movie and his friends at school talked about the blue hedgehog, so he is super curious about “having to go fast” and “the guy with the mustache.” Less importantly, I’ve started playing again on my own. Not in a big way, just when I have time and when it’s what I want to do — without a feeling of having to do it. Picking up Dishonored 2 again after six months off was a little rough, but this time through I’m not getting bogged down trying to be perfect or losing interest the moment I turn it on. There’s an extra spark there now that I can feel growing again. One that wants to explore worlds, conquer evil, or simply ride a horse across a wide-open field.