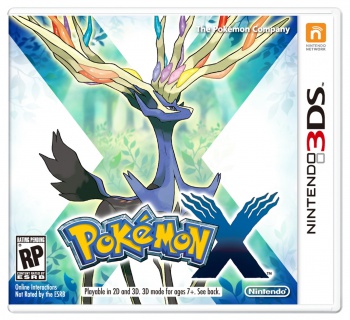 Nintendo’s Pokémon franchise has sold over 172 million games to date. That number is impressive by itself, but even moreso when compared to other best-selling titles.

Pokémon debuted in 1996 – nearly 20 years ago; for those of you who needed a reminder of how depressingly old you’ve become – and in the years since it has grown from a curious Japanese novelty to a worldwide sensation. To date there have been well over 30 games released under the Pokémon brand name, and according to The Pokémon Company those titles have sold a combined 172 million units.

To put that into perspective, Wii Sports, the best-selling single game of all time, sold 82.98 million copies. Granted, it’s not exactly fair to compare a single game to an entire franchise, but at the same time it should be remembered that Wii Sports earned the vast majority of those sales due to it being a pack in title for the highly successful Nintendo Wii console.

Still, it seems more appropriate to compare one franchise against another, so how about we select one of those big, hit franchises that people love so much? How about Halo? To date the core games in the Halo franchise have sold roughly 38.33 million copies (though that number reportedly jumps to over 50 million if you include off-shoots like Halo Wars and the Xbox 360’s Halo: Combat Evolved remake) – a far cry from the 172 million the Pokémon Company has been boasting about.

Yes, there are fewer Halo titles than Pokémon titles, but truthfully there are no good franchises against which to compare Pokémon. It’s been such a big success that it’s in a class all its own. The end point here is that we can expect Nintendo to continue churning out sequels and spin-offs as long as this well of fan support continues to generate dollars.

Edit: Initially this article stated that the Halo franchise has sold only 38.33 million copies. That figure only included the core Halo titles, while a previous Escapist piece reported the total sales figures for the franchise at over 50 million. We’ve since changed the wording of that section to better reflect this difference.