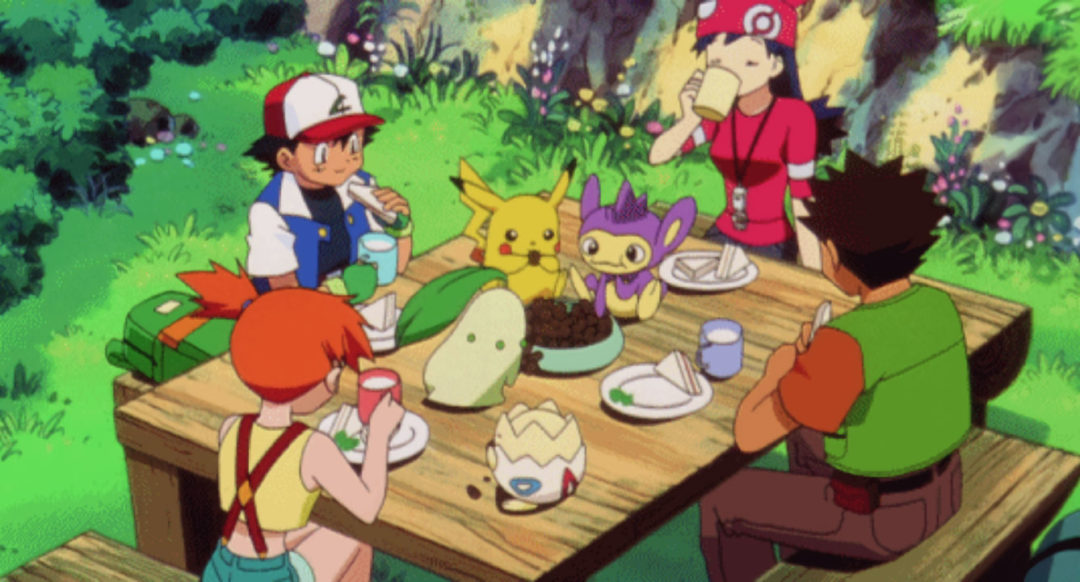 A version of this feature originally appeared on Flixist.

Detective Pikachu was pretty good! I wasn’t expecting it to be a trainwreck, but you can never be too sure with video game adaptations. Even when they’re merely acceptable — that Silent Hill flick that shoehorned Pyramid Head into the plot for no reason was okay — fans of the source material often aren’t satisfied. I can count on one hand the number of middling to decent video game movie adaptations out there, and even that feels like I’m taking pity on them.

But not with Detective Pikachu, a legitimately good movie that succeeds on its own merits. Kids will love it because they can see their favorite Pokémon up on the big screen, and it overwhelms hardcore fans like myself with nostalgia and awe at the fact that we live in a world where effects technology can realistically depict Pokémon’s world. Remember wishing that you had your own partner Pokémon and becoming best friends with it? The first half hour of this movie made me feel that hard.

I decided to go back and watch a handful of the animated Pokémon movies just to put myself in the right frame of mind before watching Detective Pikachu. Pokémon: The First Movie honestly doesn’t hold up nearly as well as I remembered. Pokémon: The Movie 2000 remains forgettable. (There’s a talking Slowking and one of the legendary birds screeches like a banshee, but that’s it.) With Pokémon 3: The Movie, also known as Spell of the Unown, I found myself shocked. This remains a deeply enjoyable movie and I think I like Spell of the Unown more than Detective Pikachu.

Spell of the Unown is an odd duck compared to the rest of the Pokémon movies. While other movies in the franchise have fairly limp plots that feel like drawn out episodes of the show or a sidequest in the games, both Spell of the Unown has a more unusual premise and is an unexpectedly cerebral and dramatic film. This isn’t as deep of a psychological deconstruction as Memento or Shutter Island — it’s still a pocket monster movie, after all — but it’s still impressive compared to its peers and most other multimedia kids franchises.

The main character of the movie isn’t Ash Ketchum, the eternally 10-year-old Pokémon trainer extraordinaire from the rest of the animated series, but an original character named Molly Hale. Molly is a little girl whose father vanished after encountering the mysterious Pokémon Unown on an archaeological dig. You know, Unown? The Pokémon with 28 different designs that mimicked the alphabet that were absolutely useless in the games because they only knew Secret Power and no one ever wanted to catch all the versions of them? That one.

After Molly’s father goes missing she’s devastated, and doubly so because her mother also disappeared when she was young. In her grief, Molly  isolates herself from the world, which leads to her accidentally summoning the Unown through tiles recovered from her father’s dig, and the creature starts making her wishes come to life. Her strongest desire, naturally, is to be with her father again. The Unown creates an Entei (another Pokémon) that sounds like her dad to act as a surrogate father for her, since her father often read her bedtime stories about Entei.

Does that sound like a Pokémon movie? Or even your average kids movie? Spell of Unown deals directly with loss and explores how children wrestle with the death of a loved one.Molly’s father isn’t technically dead since he just vanishes into the realm of the Unown, but Molly doesn’t know that. For all she knows, he’s never coming back.

Detective Pikachu and its protagonist echo Spell of the Unown — Tim Goodman is also searching for his lost, presumed-dead father — but it feels generic and safe in execution. The movie is more interested in fleshing out a familiarly troubled relationship while Tim discovers who his father actually is. It feels like a story that we’ve seen before, turning Tim into a fairly underwhelming protagonist, defined solely by his relationship with his father’s Pikachu. In Spell of the Unown, without any ancillary characters, Molly is just a more compelling main character and, ultimately, antagonist.

Molly is the focus of the story but she’s also the villain. All of her dreams and desires are granted by the Unown, which seems fine at first, but things escalate dangerously very quickly. The crystal palace she creates to push away the outside world slowly begins to grow in size and consume the countryside. To make matters worse, when Molly wishes that she had a mother too, Entei leaves the palace and kidnaps Ash’s mom to be Molly’s mother. And all the while, Molly is unaware of the suffering she’s causing.

With that conflict in place, Spell of the Unown actually gives Ash something to do. In most Pokémon movies, and even in the TV show, Ash’s motivation is spare. He wants to be the Pokémon Champion. That’s it. The previous movies either force him into pat chosen one narratives or just shove him into trouble he has little to do with. Here, Ash’s mother has been kidnapped and he needs to save her. He has a reason for venturing to Molly’s castle and going on this adventure with his pals Brock and Misty in tow.

Tim has a motivation for finding his father and solving the mystery surrounding his death in Detective Pikachu, but it all feels incidental. He doesn’t really want to be a part of it until the halfway point of the movie and so his story doesn’t feel as gratifying; why would we be invested in his quest if he isn’t? Spell of the Unown establishes stakes for its characters early on, letting you become more invested in Ash’s quest.

And Pokémon battles actually feel fun and exciting to watch, even if the outcome to the fights are irrelevant. When Ash and the gang infiltrate the castle, Molly wishes that she could be a Pokémon trainer like them. She falls asleep afterwards, so Entei takes her dream self and turns her into a Pokémon trainer. Dream Molly conjures up Pokémon to fight Brock and Misty, and while they try their best, they can’t defeat her because she literally can’t be beaten. Entei and the Unown fulfill Molly’s wish; she’s a Pokémon trainer that will only know the fun of being a trainer, and what’s more fun than winning Pokémon battles?

With a markedly reduced budget compared to the first two Pokémon movies, Spell of the Unown’s fighters aren’t impressive visually. In that regard Detective Pikachu blows Spell of the Unown out of the water; its fights are perfectly realized. There are two major exceptions, though. The film’s defining fight when Ash’s Charizard swoops in to save him and fight against Entei is a real treat. It’s not as arresting as legendary battles like The First Movie’s Mewtwo fight sequence, but it’s still impressive nonetheless.

What it lacks in striking combat, Spell of the Unown makes up for with its distinct aesthetic. The very first shot of the movie is a gorgeous shot of a field of flowers blowing gently in the breeze. It’s quiet and serene, setting a peaceful tone before Molly’s life turns upside down. The creation of the crystal castle itself is also a distinguished sight, with the crystals growing and twisting the more Molly’s mind becomes stressed and she has to face the reality of her situation. The environment is far more thematically interesting than Detective Pikachu‘s interchangeable cityscapes. The castle itself serves as a mirror for Molly’s mental state, giving the final sequence when the castle grows uncontrollably all the more weight and importance.

All of this is done through the power of the Unown, who are only presented as 3D models against a 2D world, giving them an eerie vibe of never truly belonging in our reality. They have no motives and no agenda, they just float around using their powers to fulfill Molly’s wish while singing their name in unison. They almost come across as a force of nature, something more powerful than our heroes could imagine. The only way to stop the Unown is through the power of Pikachu, Charizard, and Entei attacking them in unison, and even then it requires the sacrifice of Entei, a legendary Pokémon, to fully seal them away.

Of course there’s a happy ending and everyone comes out of this for the better. Molly’s dad even comes back from the brink because death doesn’t exist in Pokémon! And this time he came back without the power of magic Pokémon tears! I’m kind of mixed on having Molly’s family reunited at the end, since it undermines the theme of coming to terms with death and loss. Detective Pikachu has this same problem. Tim’s father is hand-waved back to life because it’s a kids movie and we can’t have any dead parents in out Pokémon movie.