The Pokémon Company surprised fans earlier this month when it revealed that a mainline entry in its famous series was receiving paid downloadable content for the first time. This Expansion Pass DLC comes in the form of two separate expansions, The Isle of Armor and The Crown Tundra, for Pokémon Sword and Shield. It’s an interesting shift from Game Freak, who had previously expanded a generation’s life cycle by releasing another entry in that region at full price. These included a third version of titles (such as Pokémon Platinum or Crystal), sequels in the same area but with a new story (Black 2 and White 2), and overhauled revisions (Ultra Sun and Ultra Moon).

Considering the Expansion Pass for both The Isle of Armor and The Crown Tundra together costs $29.99, it will be considerably cheaper than if the content were offered up in a full-priced Pokémon Ultra Sword and Shield retail release. Saving consumers some money isn’t the only positive about this change in direction, though, as players won’t have to worry about restarting the game from the very beginning. Since it’s an expansion rather than a whole new game, players’ save data will carry on from the main game. That means it will be easy to access the two new areas for those that have already completed the game. Compared to the previous status quo, this is a positive move for consumers in every way.

The content found within both expansions also helps shore up some of the weaker points of Sword and Shield, thus making it a better entry. A common complaint was the lack of available critters, as it was the first mainline release to not support the full Pokédex. While it won’t make “Dexit” fans completely happy, since it won’t be bringing over the complete roster, each expansion will add in a number of fan-favorite Pokémon to the game — and those who don’t buy the DLC still get the expanded Pokédex if they trade or import from Pokémon Bank (retooled as Pokémon Home). It’s a step in the right direction, and if the work can be transferred to the next full-fledged release, then perhaps we’ll see all 800-plus creatures in the same game again.

Another issue with the Switch exclusive was the lack of any compelling postgame. Sure, there was a small story featuring Sword and Shield’s Legendary Pokémon and the lovable weirdos Sordward and Shielbert, but it only lasted an hour or two. There just wasn’t all that much to do after the credits rolled for high-level trainers beyond trying to catch ‘em all. Thankfully, players will get two new areas filled with more battles, cooperative play, and even more legendary creatures to catch. Of course, it would’ve been great if this were included from the get-go, but it appears that Game Freak is including enough here to justify the price it’s asking.

The expansions also give the Japanese developer a second crack at furthering its exploration and scope of Pokémon. This was done in the main game with the Wild Area, a fully 3D area that gave players freedom to move the camera around and explore rather than go through linear routes like in the rest of the Galar Region. The implementation received a mixed reception, but it’s still exciting to see how they’ll expand upon the idea now that they’ve received feedback and can create two new areas based around it. 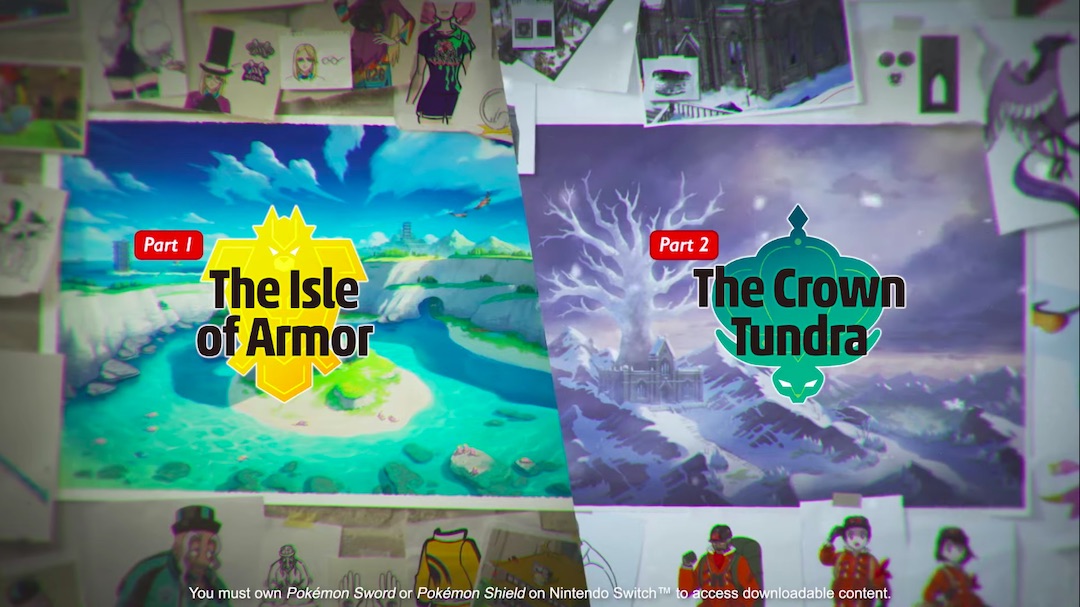 If successful, these sort of expansions can help Game Freak break away from the yearly release schedule that has largely been held for the series. It will give them more opportunity to shore up some of the series’s weaker points, such as some stale attack animations, and let them work on new ideas as a smaller team works on the DLC. Pokémon has done an incredible job not just staying relevant for over 20 years, but increasing its overall media presence, and the games will always be a key part of the franchise. More development time, especially if aided by the release of expansions and remakes like Pokémon: Let’s Go, will only result in better RPGs down the line.

While the content in The Isle of Armor and The Crown Tundra might not appeal to every player due to being similar to the Wild Area, it’s still a step in the right direction for the series. Getting new content at half the price of a new game and extending the time players get to spend in a release is a great move for all involved. The Expansion Pass also helps Pokémon feel more in line with other modern RPGs like The Witcher 3 and Final Fantasy XV, and fans of the series will have plenty to look forward to as the first expansion launches in June and the second in the fall. It keeps the series in the headlines and gives more players, even those that boycotted the initial launch, a good reason to pick it up. Pokémon is no longer a handheld title you just complete once it releases, but a console release that you’ll want to hang on to due to regularly released updates.

The Christopher Nolan Universal Deal Is Business as Usual

Kena: Bridge of Spirits Is a Visual Paradigm Shift Like Super Mario 64