Good morning, Escapists. We are moving the column to Saturday mornings as a nice wrapup of the week. There was a lot of news worth talking about this week, and some that was just plain strange. We’ll start with the strange. 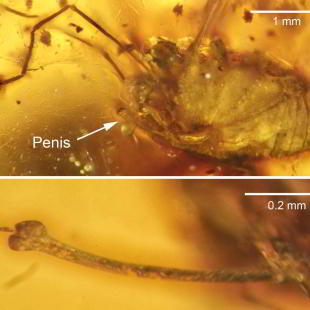 One of our most popular stories this week was of a poor spider that got preserved in amber. Nothing unusual there, you might think, except the punch line involves a 99-million-year erection. The folks in the forums had a field day with this one.

The report basically was the discovery of the ancient arachnid and the study being done on it by the Berlin Museum of Natural History. Yes, they are actually studying “Penis morphology in a Burmese amber harvestman.” FYI, the harvestman (aka Daddy Long Legs) was the victim of the ill-timed entombment, saving his really “long leg” for posterity and all to see.

This story is just full of potential jokes, so give it your best shot. But keep in mind, some have already been taken:

“Now that’s what I call a sticky situation!” – SilentPony

“Jeez, and you’re supposed to call the doctor after four hours.” – The Rogue Wolf

“Guess you could say that he got boned.” – Poetic Nova

As One Dies, Another Lives 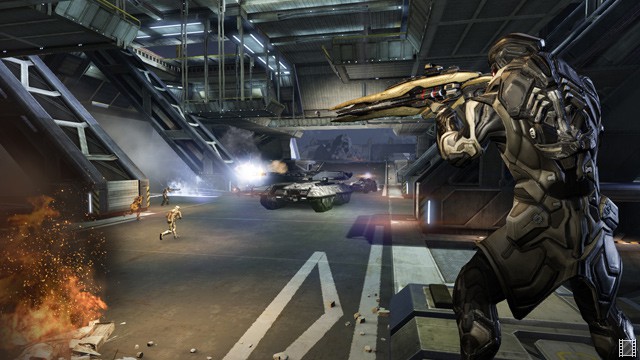 Games come and go. This week we saw news of the sun setting on one, and then news that another will finally see the light of day. Such is life in the games industry.

First, we got word that DUST 514 for the PS3 will have its servers shut down on May 30. The FPS, an extension of the popular PC MMO Eve Online, was never quite what the developers had hoped, but they learned enough to start building Project Legion, which will be essentially the same game except for PC. Developer CCP will have more details on the new game at this year’s Fanfest in April.

I must admit that I am a bit mystified that CCP would create a PS3 exclusive FPS in the same universe as a PC MMO with the rabid fanbase such as Eve Online. Personally, I will be happy to see Project Legion bring New Eden ground combat to the PC.

And the one that lives? DOOM, after a few false starts and key developer departures, will finally be released on May 13. Of course, no release announcement is ever complete without details of an overpriced collector’s edition for pre-order, so feel free to go drop $120 on it if you like, and you’ll get a free “multiplayer pack”. Woo-hoo!

Kickstarter games have been getting kicked in the teeth a lot lately, as caveat emptor become more and more of a reality in crowdfunding. Such is the case with the pissing match that has happened surrounding the development shut down of Ant Simulator. Developer Eric Tereshinski said he had to stop development on the game because his business partners spent all the company funds on booze and strippers. The business partners came back and said he is full of crap … but in the end, those who invested in the game are not getting their game and probably no refunds.

Let’s be careful out there, people. Crowdfunding is becoming more and more of a black hole, which sadly will put a crimp in some solid ideas and honest people trying to get them implemented. 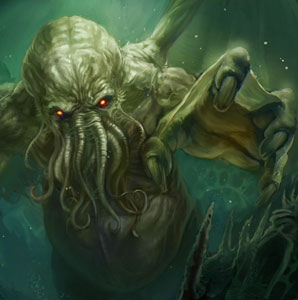 The horrors on Pandemic: Legacy are giving way to the even greater horror of the old gods with Pandemic: Reign of Cthulhu. Going from stopping the spread of disease to stopping the spread of Yogg-Sothoth … yeah, I can see the comparison. No wonder they are saying it isn’t an expansion or reskin. … Ever wanted to get into Hearthstone but were afraid of getting crushed by more experience players? Well fear no more, as Blizzard is standardizing cards for newer players to make it less discouraging. So, if you play your cards right, you may actually have a chance to win a few games *rimshot* … Speaking of pissing matches, Ubisoft and Electronic Arts are going at it over a trademark for the word “Ghost.” Yeah, that right. No word on whether Ghostbusters will be called into mediate … and finally, Fallout 4 got a rather significant update, but what are players most excited about? The fact that building wire no longer uses copper. Great fix Bethesda!

Rotten Tomatoes released a list of films that should have won best picture based on their metrics and compared them to the movies that actually won the Oscar for best film. Apparently the Academy got it right only 26% of the time. Frankly, I agreed with the Academy a lot more than I did RT, but then I’ve never been one to follow the masses. I was surprised just how many of the older movies I had seen (of course, my age does have a lot to do with that). That being said, what is your favorite move of all time, regardless of genre? Here’s mine.

As this is still a new column, I’ll be massaging the style as I go. Feedback is welcome and encouraged, as well as possible news tips that you may want to see in future columns. Bring it to the forums.