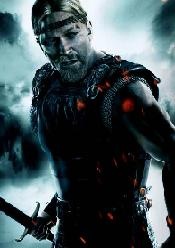 With the Xbox Live Film Club, Xbox gamers are invited out of their livings rooms so they can watch early screenings of upcoming flicks before they premiere in actual cinemas. Paramount is hosting the first showing, an early look at “Tropic Thunder” starring Ben Stiller, on September 12 in an exclusive theater in London.

James Houlton, Xbox Live Marketing Manager of Microsoft UK said, “We’ve got some truly compelling blockbuster titles and HD content on our Xbox Live Video Store service, with recent smashes Cloverfield, Stardust, Beowulf, The Kite Runner and I Am Legend all resonating extremely well with our audience. Now with the launch of the Xbox Film Club, Xbox fans will be able to get the jump on their friends and see some of the biggest films of the year before anybody else.”

To join the club, email your name, gamertag, the name of your favorite film currently on the Xbox Live Video Store and a review of that film in 50 words or less to xboxlivefilmclub@jcpr.com by 11:59 GMT on September 9.