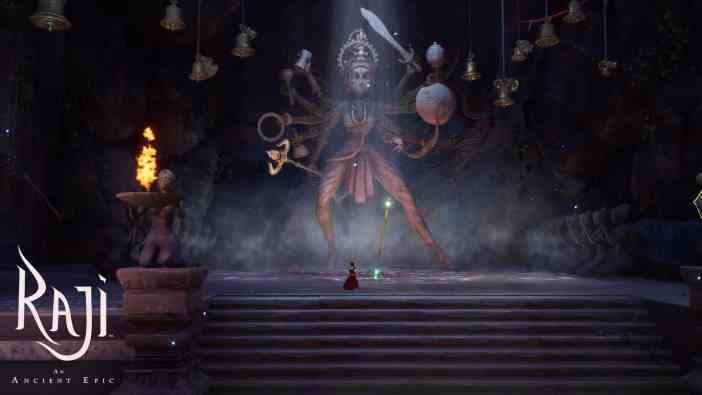 In an alternate world where Sony Santa Monica had abandoned Greek mythology sooner, we might eventually have ended up with something a lot like Raji: An Ancient Epic. Monumental backdrops shown off through fixed camera angles, wildly acrobatic combat and traversal possibilities, and a story steeped in myth: The key ingredients are all here. What is missing is the testosterone-fueled ball of rage that is Kratos, replaced here by a young girl, an acrobatic performer searching desperately for her brother.

Despite the similarities, Raji is poised to avoid the fate of 2010’s Dante’s Inferno, forever derided as a poor God of War clone. Time has certainly softened the blow — after all, seven years have passed since Kratos’ last murderous foray in Ancient Greece — but the differences run deeper.

From the off, Raji is gentler, almost joyful. The game begins with a festival, the cutscene styled after traditional Hindu Wayang shadow puppetry. It’s bright and colorful. More importantly, it’s a succinct introduction to the key players in the story — not just Raji and her brother Golu, but also the Hindu deities Durga and Mahabalasura. While Golu tells the crowds of legends, myth comes crashing into reality as demons invade the festival. 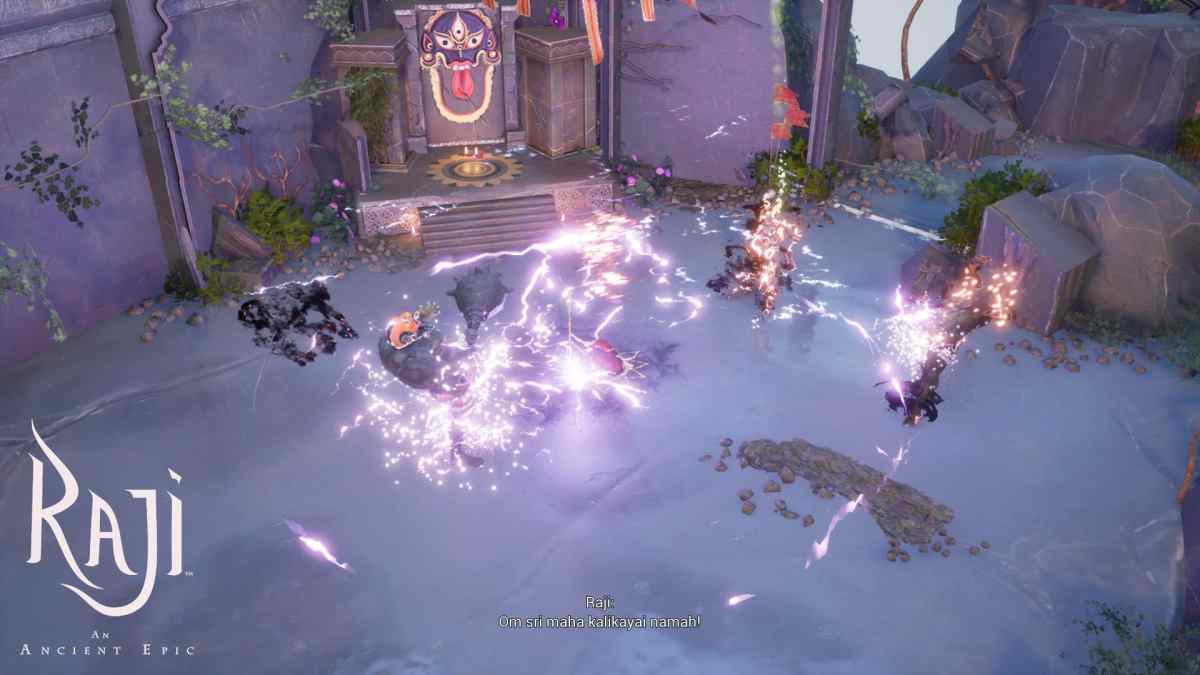 Golu is captured. Raji is knocked unconscious. She wakes to find herself in a strange realm of towering architecture and distant wonders and rapidly enlists the help of Durga, who privileges Raji with a godly Trishul (essentially a trident).

At this early stage, the game relies on the protective-older-sibling trope to grab at the player’s heartstrings, leaving the siblings’ relationship mostly implicit. When Raji speaks of her quest, there’s a real sense of desperation, but it’s not quite enough. The demo lacks an emotional hook at present.

However, if the story doesn’t hook you, the gameplay should. Developer Nodding Head Games is sticking closely to the format exemplified by God of War, with a fluid combat system comprising two primary attacks and a dodge function, along with modifiers for special and ranged attacks. A major deviation from the standard is a doubling down on athleticism, as Raji is able to use the environment to deliver devastating strikes.

With a press of a button, she scales and flips off walls and poles, lashing out with the Trishul to hit multiple foes at once. It’s a small touch, but it adds a surprising amount of tactical diversity and visual variety, making battles look like finely choreographed dances, which will only get more spectacular when you unlock some of the other weapons being teased. 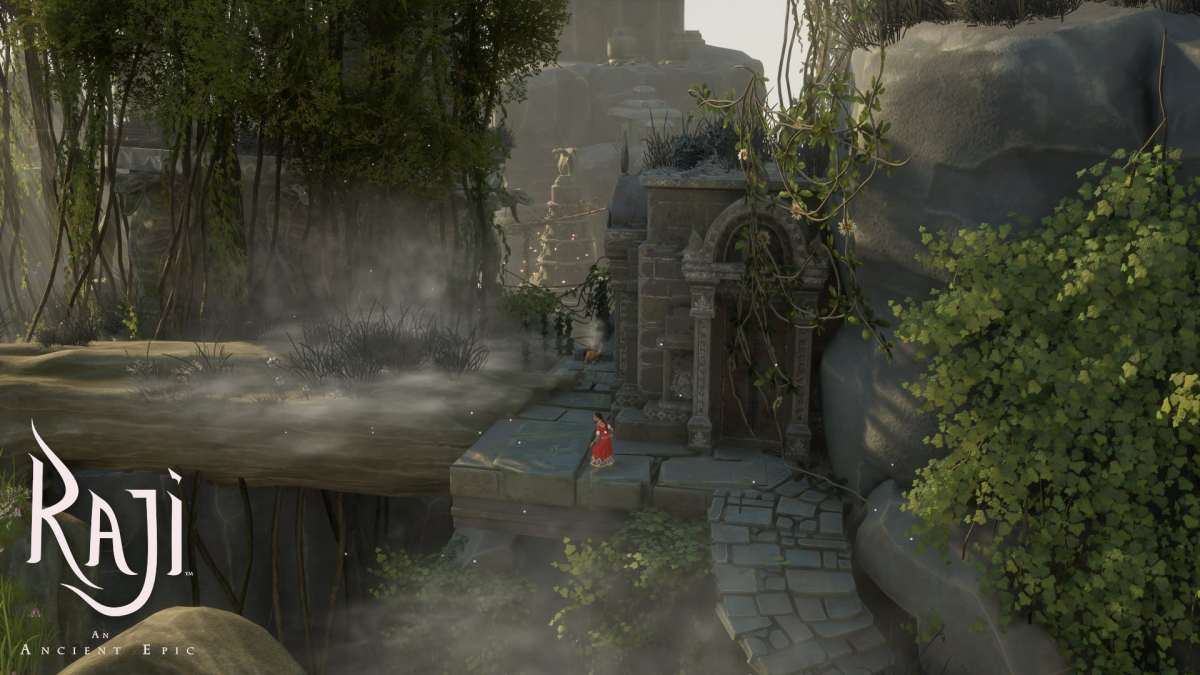 For all that, the combat could do with a little punching up. At present, there’s precious little feedback to attacks — both delivered and received — while trying to climb a pole in the heat of battle can feel a little imprecise. These are relatively small complaints though, and the team still has time to add that extra layer of polish before release.

Raji’s athleticism is also used to great effect in the exploration. As you might expect for a game borrowing so much of that old-school flair, the platforming is largely on rails, though plenty of variety is on display between the leaping, climbing, sliding, and wall-running.

Raji: An Ancient Epic is a marvel. It’s a throwback single-player action adventure that sheds the fluff of RPG-lite systems to provide a tight, straightforward experience. Even more brilliantly, it opens up to gaming an almost untouched mythology — and a matching aesthetic — that should make for a singular experience when the full game launches later this year.