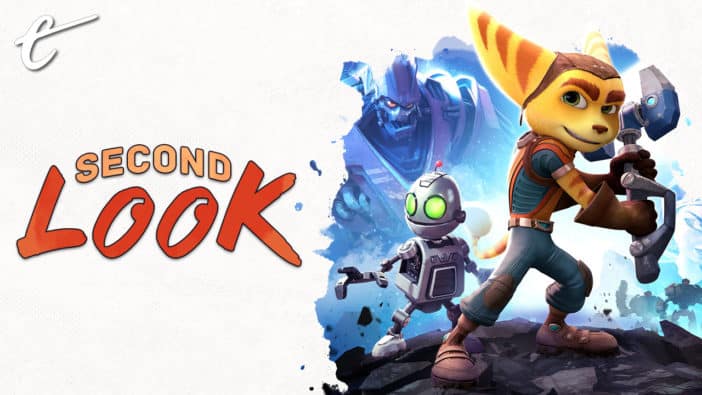 Ratchet & Clank is one of my favorite PlayStation series. Insomniac Games’ iconic lombax and defective combat drone have engaged in everything from traditional sci-fi shenanigans to high-seas pirating to a bit of tower defense. No matter where you put them, Ratchet and Clank just work effortlessly. Which is why I was more than a little perplexed with their only appearance in Ratchet & Clank on PlayStation 4.

At the time of its release, the series had already teased something huge was coming at the end of Into the Nexus on PlayStation 3, a big-budget movie adapting the first game’s story was about to release to herald a lineup of Sony game movies, and Insomniac had just wrapped up its first and only Microsoft exclusive. Yet the game that accompanies all of this feels almost like an afterthought, lackadaisically going through the motions without the heart, soul, and hint of edge that makes Ratchet & Clank special.

The original Ratchet & Clank series was as unsubtle as possible with its themes involving consumerism, capitalism, and the glorification of guns above all else. While the series has always been a hit with kids, Insomniac never held itself back when calling out everything from exploitative agents and executives to media star shills who would sell out anyone for a buck. It’s jaw-dropping to witness, yet it’s executed marvelously. At the heart of it all, the titular protagonists learn to become best friends, looking out for each other and overcoming countless nefarious forces.

What’s equally great about this approach to world-building is that the conflict and your progression were thematically connected. Captain Qwark isn’t just some figure Ratchet seeks approval from, but the underhanded henchman of the first game’s antagonist. Becoming a galactic ranger further displays the inadequate grasp the galaxy’s government has on… well, pretty much anything. Sometimes the antagonists themselves sell you weapons, never hesitating to profit off of their competition if they think they’ll win in the long run. So of course everyone’s packing heat, tied into countless conspiracies, and desperate to make ends meet. 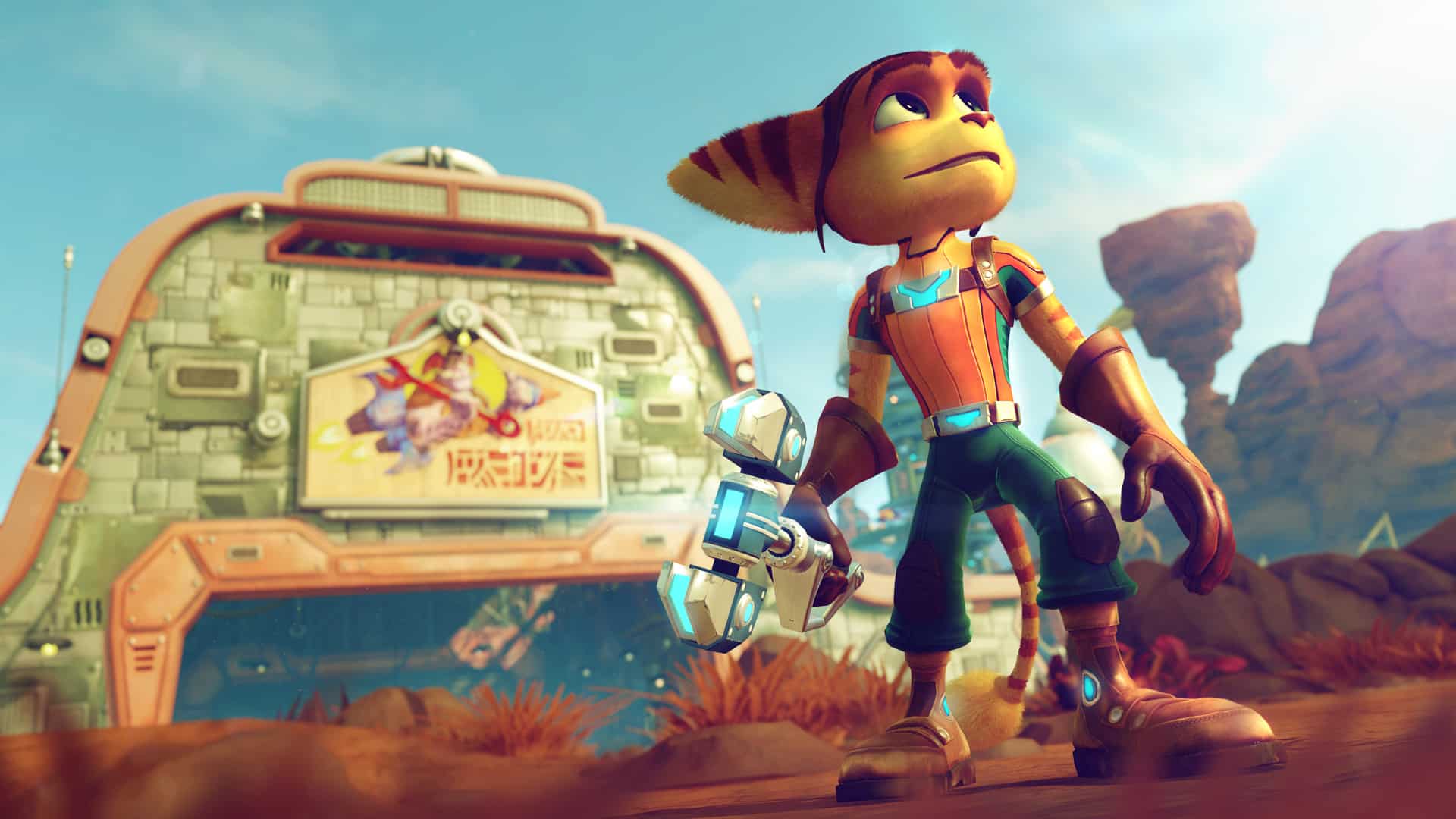 Over time, the series softened its bite, but it never let go of this sensibility; instead, it showed that standing up for something better did make a difference. Ratchet and Clank, along with a variety of allies over the years, managed to help the universe become a better place. Like a lot of us, as they grew older, the smaller stuff started bothering them less, and in place of that anger came a shred of optimism.

It’s a beautiful arc that carries over into the PlayStation 3 era. Each game from there on became more personal. The heroes discovered their origins, carrying the legacy of their fathers, all while facing down a fallen lombax general. They even, in a surprising turn, opened the door for series antagonist Doctor Nefarious to abandon villainy. Even Captain Qwark, the most cynical sellout, has started trying to act like a real hero, even if he’s helplessly incompetent at it.

While the Ratchet & Clank movie adaptation is definitely tamer than the original game, it actually holds true to most of these points. It condenses several characters into new ones and abridges Qwark’s journey to fit in an average film’s runtime. The only major change is that Ratchet has some optimism to start with, which is fine given the movie was far more aimed at kids and he still gets swept up in the exact same toxic nonsense that the PlayStation 2 Ratchet dealt with.

So if even the movie that flopped at the box office got the essential franchise elements right, why is Ratchet & Clank on PlayStation 4 missing all of them? 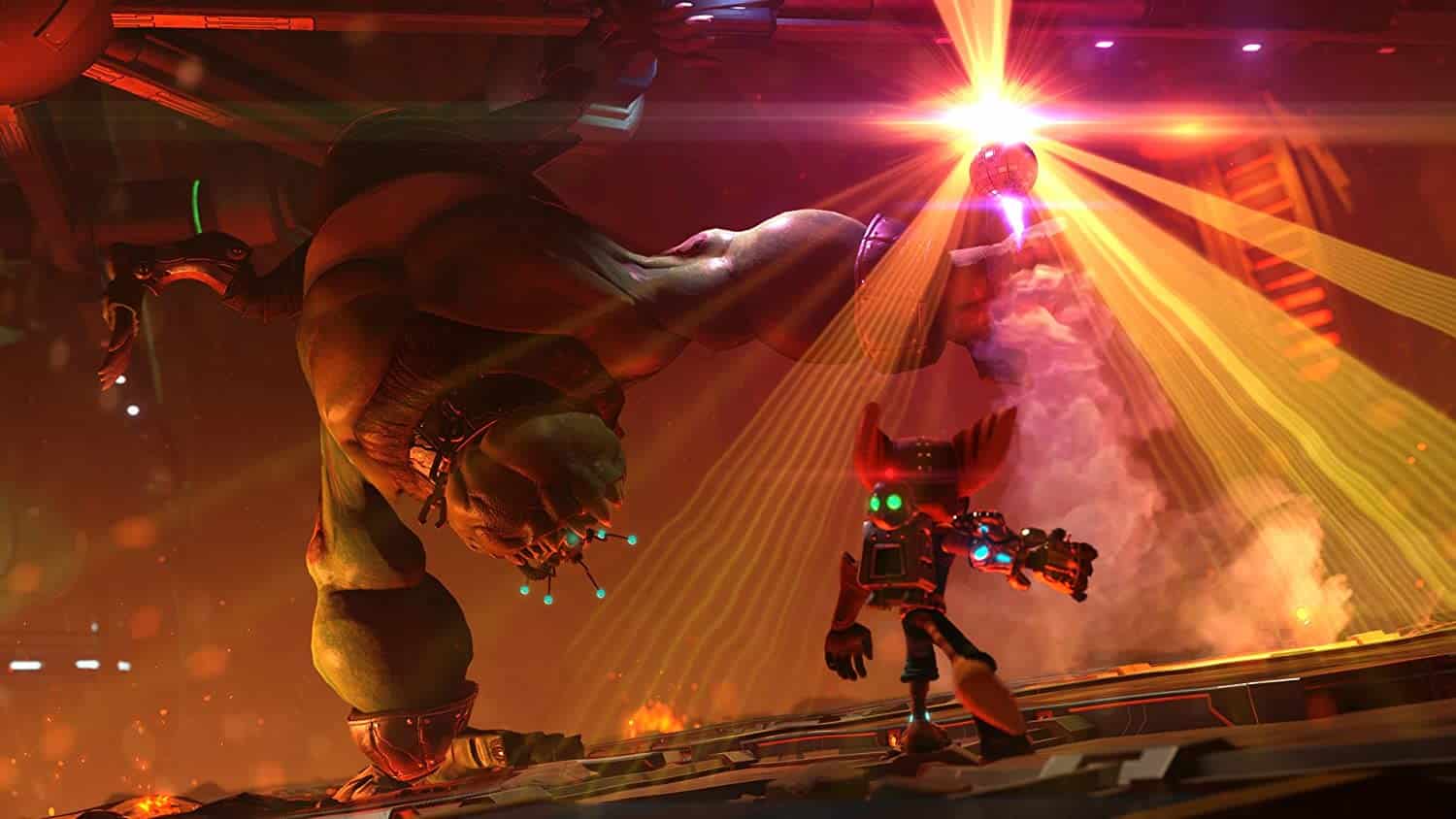 The remake not only undercuts the themes of the original game, but the plot of the movie at the same time. The story never commits, awkwardly structuring itself around multiple scenes from the movie. By incorporating those scenes out of context, the game has to wave away any inconsistencies by positioning Qwark as an unreliable narrator, detailing the events to a fellow inmate. Though how this narration concludes raises more questions if even just the scenes between Qwark and Shriv are to be taken as canon.

Structuring the narrative this way means any tangible character arc is lost, with Ratchet and Clank mostly just doing things because they’re told to, proceeding on an overlong series of quests to “prove” themselves. Instead of striking out on their own and sticking it to The Man, they’re literally trying to get The Man’s nod.

Though Qwark is still a boss fight and obviously a terrible hero, he spontaneously turns good in the last hour without substantive build-up to this face turn. Additionally, instead of emphasizing the corporations literally demolishing planets to create new worlds to their own ends, Doctor Nefarious’s origin story receives a confounding level of attention. While he’s a key part of the film, he wasn’t the primary antagonist, yet almost every other villain is strangely given a more minor role in Ratchet & Clank on PS4.

Insomniac Creative Director Chad Dezern said of the connection between the game and the movie, “Every single element has been touched by both parties in a lot of cases. There have even been times where we’ve taken film shots and matched them up as precisely as we can because we want the whole thing to feel cohesive and like it’s the same universe presented in two different ways.”

However, the majority of the game cutscenes are so lifeless and without energy that it feels like you’re watching pre-vis before the full animations were implemented. Lots of conversations are just shot, reverse shot — rinse and repeat until gameplay continues. 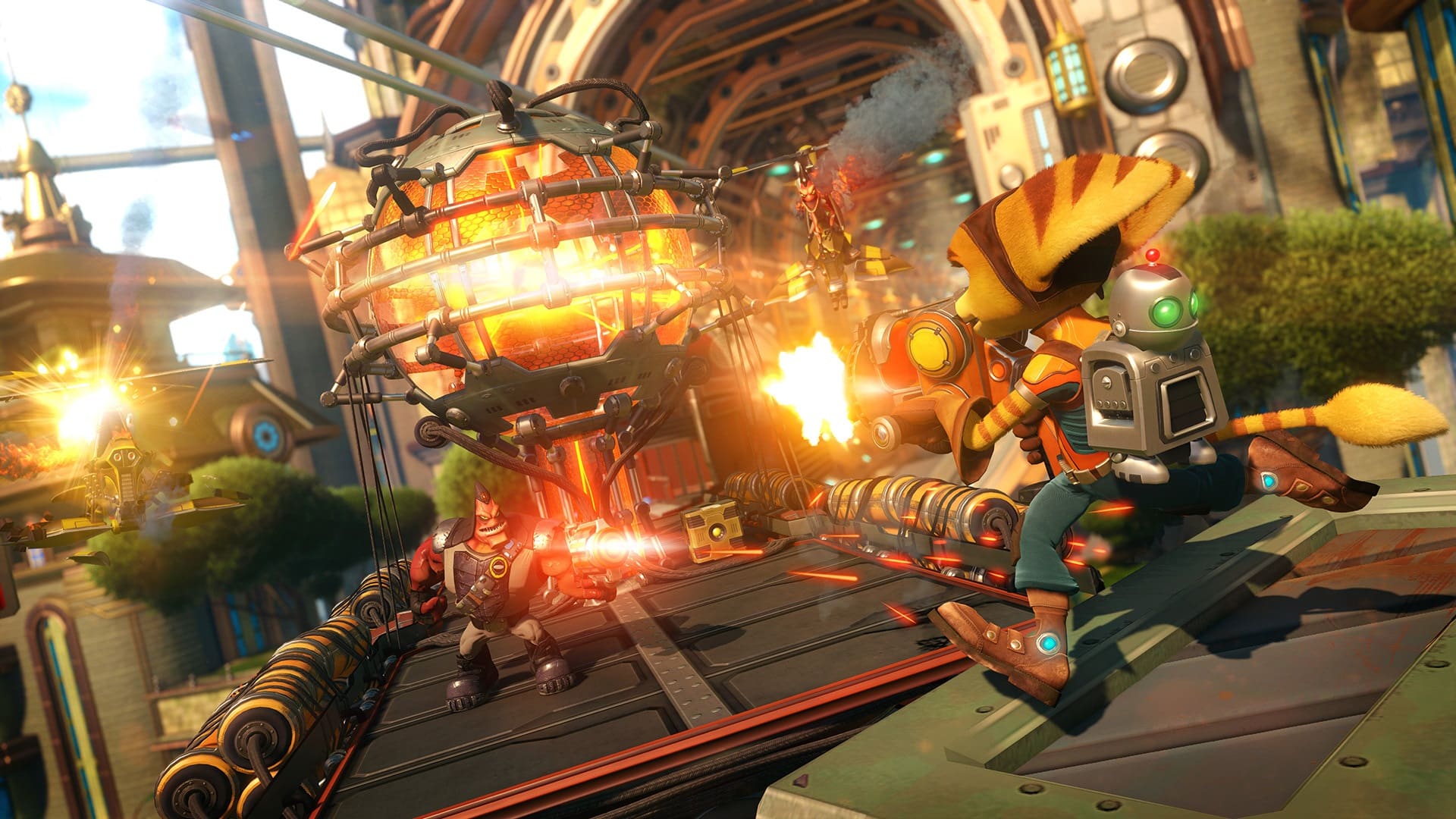 This is storytelling that exists purely to move you along rather than say anything, and the gameplay only contributes some giggles and a sense of awe to that. There’s not much to the campaign. While several worlds are cut, remixed, and spliced together, the game feels distinctly muted, with only one jetpack-oriented level really standing out. It’s all so textureless and safe, delivering functional but unremarkable-by-series-standard content.

I’d never go so far as to call the Ratchet & Clank series “gritty,” but it has a realness to it that’s made even its most upbeat entries emotionally engaging. A Crack in Time featured several impactful gut punches. Into the Nexus killed off two major supporting characters in its opening minutes, in addition to incorporating themes of abandonment and loss. All 4 One even found depth in its portrayal of Doctor Nefarious.

So it’s perplexing that this Ratchet & Clank remake, which was at one point bandied about as a “new beginning” for the series, ended up so static and perfunctory. Granted, it’s never terrible: The Pixellizer is fantastic, the Groovitron and Mr. Zurkon each remain a delight, and the countless weapons continue to satisfy. Yet the soul of the series just isn’t quite there. Though Insomniac has thankfully opted to continue the storyline from Into the Nexus with A Rift Apart on PlayStation 5, it’s sobering to see a series almost lose its way like F.E.A.R. did.

The question that lingers is — what really is Ratchet & Clank for PlayStation 4? It’s not a reboot, not anymore at least, and it’s not really a remake since it seems more focused on adapting the movie than the events of the original game. In the end, the answer is quite simple — it’s a license tie-in game. As such, Ratchet & Clank holds the honor of being its generation’s answer to Street Fighter: The Movie, the game.