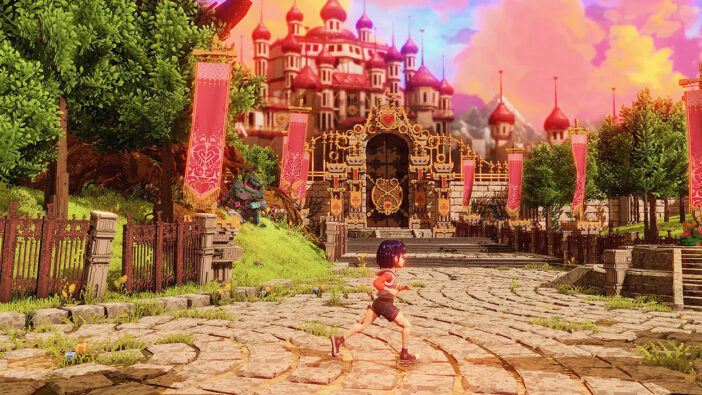 Xbox & Bethesda Games Showcase had some cool announcements today. Unbelievably, Persona 3-5 will be making their way to Xbox Game Pass and PC in the near future. But it was also an event for interesting new IP. A cartoonish game named Ravenlok received an announcement trailer. From the creators of Echo Generation, this title is an action fairytale coming-of-age adventure that is the final game in its unofficial voxel trilogy. It will launch sometime in 2023.

Here’s a glimpse of the game in motion:

I love the aesthetic. It is a gorgeous blend of pixels and more realistic graphics that meets Alice in Wonderland, and it runs at 4K resolution at 60 FPS, to boot.

Plot-wise, the game is your standard fairytale story. The titular Ravenlok accidentally makes her way to a troubled kingdom when she stumbles through a magical mirror. The Caterpillar Queen reigns with an iron fist, and it’s up to Ravenlok to put an end to her rule and restore peace to the land.

Ravenlok will feature such staples as time-based puzzles, real-time combat, and giant bosses. It also promises to be a tale about discovery and the power of hope. I fully expect to be in tears by the time the credits roll.