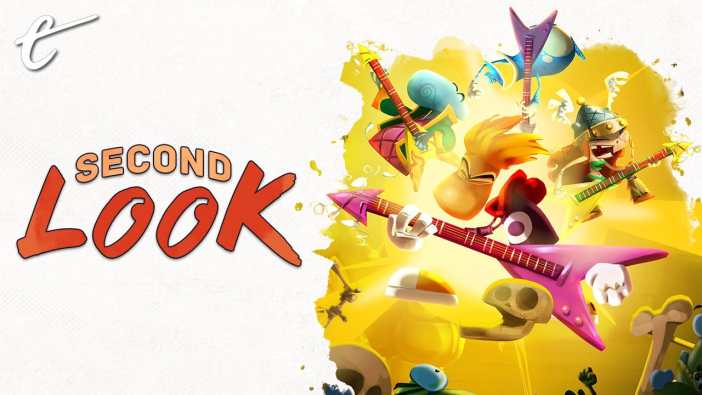 Few games can fill a player with delight like Rayman Legends. More than a 2D platformer or the first ex-pat of the Wii U’s library, Rayman Legends embodies the very best of a gameplay-first experience. This is what you get when you apply the design philosophy of the likes of Doom (2016) to an all-ages franchise like Rayman, and goodness me is it a sight to behold — literally, at times.

Rayman Legends isn’t an overly complex game. You run, jump, punch, duck, slide, and move back and forth across a 2D plane. Any additional gameplay, like the shoot ’em up sections, blue boxing gloves, and floating sections, all use the same inputs. It’s simple enough that it can be played on a Wiimote and nunchuck if experienced in its original form. It’s been effortlessly translated to PC, two generations of PlayStation and Xbox home consoles, PS Vita, and Nintendo Switch. Though each version has featured its own unique quirks, like touchpad elements for Vita and Wii U, Legends is a game that works everywhere.

It’s not just Rayman Legends’ simplicity that makes it great, but how it harnesses its core fundamentals to craft a platforming experience like no other. As its name suggests, you’ll explore several legendary settings, from an Olympus overrun with mythical monsters to a fantastical James Bond adventure; Legends’ sheer variety transforms an elegant rule set into a fresh experience at every turn. Rather than feeling like one game, Rayman Legends is effectively five at once — six, if you count the remastered and rebalanced Rayman Origins levels you can unlock. 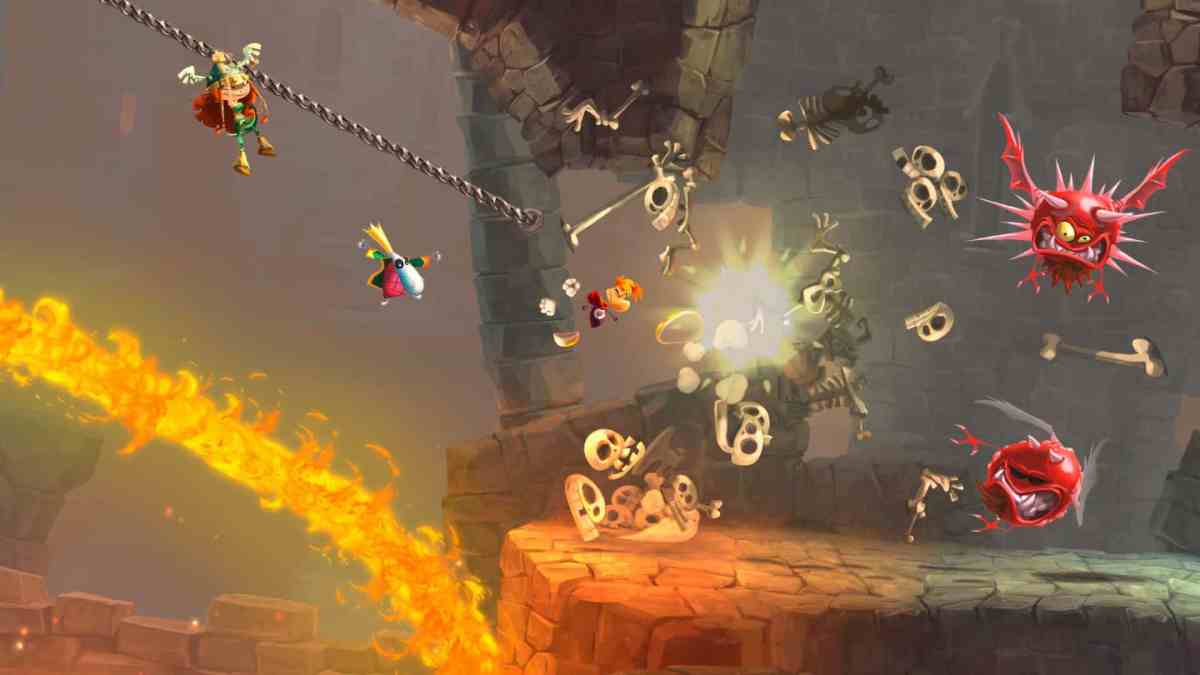 Most games would rely on simple forest, desert, tundra, etc. environments and use power-ups to spice things up, but in Legends, besides an extra hitpoint and a ranged attack, your skill set never alters. Reflex reigns supreme, with each world testing you in different ways. Teensies in Trouble introduces the basic formula of each world: a set of distinct missions, broken up by two princesses to save in extra-challenging mini-levels, a boss fight, and a music video level to cap things off. This is a game where defeating a dragon is just your warm-up boss fight. From this point on, Rayman Legends throws you into one wildly offbeat journey to the next.

Toad Story has you flying high amid mystical ruins, trading blows with orc-like toads as you glide on powerful air currents. Ferocious flora and fauna grasp and dive-bomb at you through mysterious swamps. Fiesta de los Muertos hands you a moldable environment, exploring a food-filled world brimming with joy and macho wrestlers. 20,000 Lums Under the Sea somehow manages to make Rayman work as a stealth game, with you slipping into nefarious undersea labs that evoke BioShock’s dystopian city of Rapture. And then Olympus Maximus might be just the most adorable take on Greek myth I’ve seen in years — which is fortunate, as goodness do the level designers aim to make you swear while smiling.

Every step on your journey escalates the challenge. Where once fighting a dragon and timing your jumps was all you had to worry about, you’re suddenly flinging ranged attacks mid-air while keeping yourself afloat as you duel a giant toad in a jetpack battle suit. Sneaking past enemies underwater removes jumping as a mechanic entirely for sizable stretches at a time, demanding you to rethink how to do everything, from how to ambush enemies to simply safely navigating a game you thought you knew. Despite its 2D nature, Legends even throws you into a genuine maze adorned with traps worthy of the Olympic glory that goes so far as to invert the camera on you without warning. That none of these levels feels token or half-baked is simply astonishing. 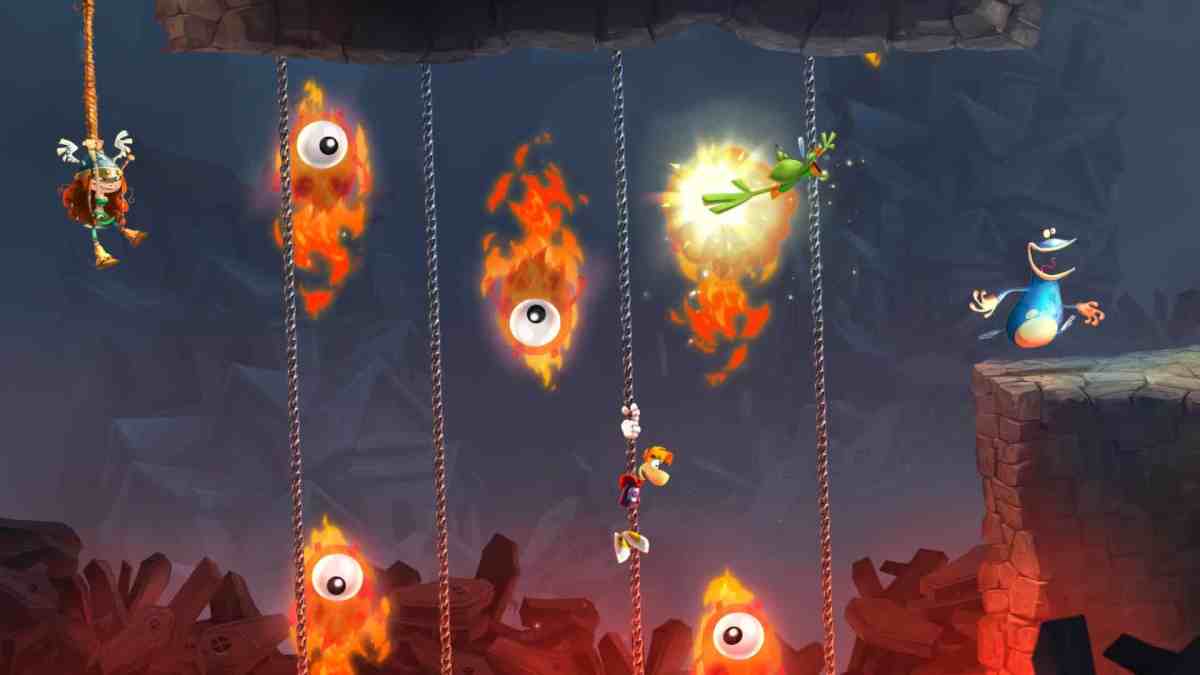 Individual side-challenges like saving the princesses, beating time trials, and rescuing the king and queen Teensies via minigames in each level just shouldn’t be this consistently amazing. The sheer number of gameplay possibilities explored in Legends can’t be listed in full — it’s packed to the gills with them. This is enviable level design, deviously punishing you with a quick game over for not being swift and observant, yet it’s never mean about it. Checkpoints are generous, with the absolutely superb score naturally picking up the pace wherever you left off. You can feel every misstep, yet it pushes you to try harder rather than throw in the towel. It’s a firm, flawless difficulty curve scarcely seen, outdoing even Knack in this regard.

Not to be outdone, Rayman Legends equally ensures that the reward for success is worth it. You not only unlock levels from the preceding game, but an absolute glut of character skins, pets that generate additional lums to give you a passive boost towards unlocking even more skins, more challenge levels, and a bonus campaign that remixes the musical levels into ever more difficult affairs, demanding careful memorization as you follow the beat of the music.

The musical levels are without a doubt Rayman Legends’ strongest feature. A combination of Guitar Hero rhythm gaming and classic platforming, the game’s initial music level, Castle Rock, set to the beat of Pearl Jam’s “Black Betty” was a key part of its pre-release demo. I remember playing it as a kiosk in a department store, jaw practically on the floor. The employees started to look at me like I was mad as I played it four times in a row. And it’s the simplest musical level of the set! They get crazier! 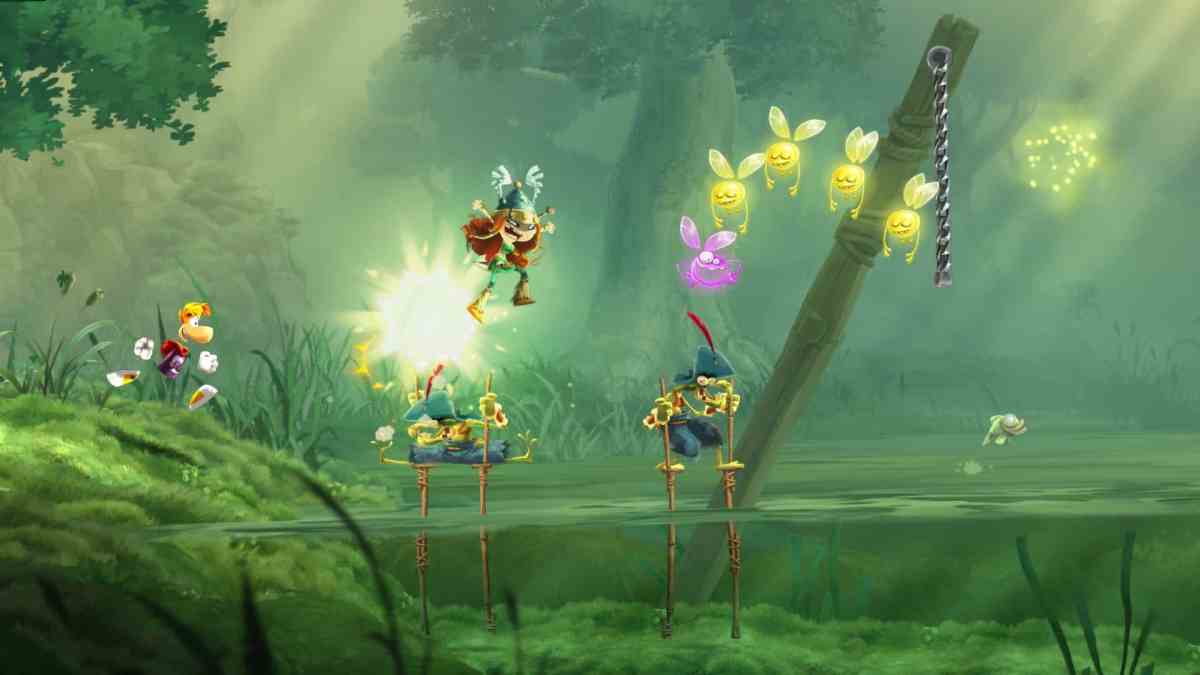 The songs not only are marvelously remixed, in addition to a few original tunes, but they are timed precisely to the optimal response window for each level element. You can effectively play these levels blindfolded by the time you’ve cleared the bonus campaign, and it still gives a rush. Each embodies its world’s unique twists and themes, all while flourishing with the game’s brilliant animation across interweaving, living landscapes. Rayman Legends never resorts to half-measures, going all-in on every element to the fullest.

If you somehow manage to collect all 700 Teensies, your full suite of pets, defeat every boss, clear each musical level, see pigs literally fly, and gather all the costumes — there are still daily and weekly challenges automatically going up to this day! And fierce competition among those who keep Legends close at hand. And if that’s not enough — well, no, honestly no one plays Kung Foot, but really, why bother with a PvP mode when you can just harass your friends in co-op since everyone can insta-revive each other with a smack of their ghost bubble?

Despite seemingly never achieving enough success to convince Ubisoft to greenlight a third entry in the seven years since release, there’s a reason Rayman Legends has been ported to everything under the sun. Some might argue Prince of Persia: The Sands of Time or Assassin’s Creed II is the finest game by Ubisoft, but for me, nothing may ever truly top Rayman Legends. The game is never anything less than absurdly delightful, and the team behind this gem deserves serious credit for its work here. In a market where the likes of Crash Bandicoot can come back from the grave, we absolutely need a sequel to this masterpiece.