Beyond Good & Evil was a game I passed over when it first landed in video game stores. Looking back, I can’t quite remember why that was the case; maybe something else caught my eye, or perhaps I just hadn’t read any of its glowing reviews. But I missed out on what proved to be a phenomenal game, something that despite its flaws has been remembered fondly by many as an inhabitant of the “Good Games Nobody Played” category. 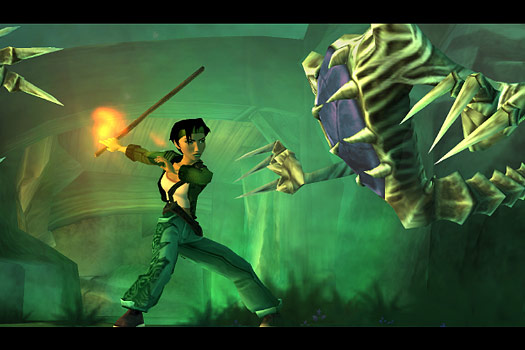 And looking back, there sure seemed to be a lot of those during the PS2/Gamecube/Xbox console generation. Psychonauts and Anachronox are two fondly remembered favorites of mine, but sales were never enough for sequels. Second Sight had great ideas and a fantastic twist ending, but only saw mediocre sales. Killer 7 was always destined to be an obscure cult classic, despite putting Suda51 on ther map. The list goes on and on – I’m sure you can insert your own favorites from the era that never got the “attention” they deserved.

That’s pretty odd when you think about it. To be sure, as long as people have developed games there have been hidden gems and misunderstood classics. Yet within the span of a few years, several inspirational games were released that apparently, never went anywhere. What exactly was it about that era that made it so special?

Our own Yahtzee described the PS2 era as a gaming “sweet spot”, where technology was advanced enough for advanced graphics but simple enough to enough to allow for experimentation. The result was a massive boom of unique games that our young gaming culture embraced wholeheartedly. Many gamers had their first experiences with games in this era, especially as consoles became the norm for many living rooms. It’s also a point when gaming started “growing up”, dealing with more mature topics and deeper themes. (Not that games didn’t before, but Nintendo usually dominated that market with cartoonish 16-bit graphics that children ended up playing anyway.)

The sheer variety of games coming from Triple-A publishers was immense, covering everything from platformers, to shooters and survival horror. Obviously, not everything published during this generation was good, but even poorly-made titles had personality that set them apart from peers. It’s not surprising that many of today’s gamers are hugely nostalgic for this period; your average game store had something for almost everyone.

So if things were so good, why didn’t we get a Beyond Good & Evil trilogy? Why did we never see Raz grow up in Psychonauts sequels to become the world’s best psychic agent? Just why did no one play these games?

There’s no one simple answer to that, but I suspect it’s not that people didn’t play it; it just found its audience too late. Remember, this was back before players could take advantage of Steam wishlists and recommendations to help them instantly find every game worth playing. Every title was competing for real-estate on brick and mortar gaming shelves. It’s easy to imagine a few games slipping through the cracks only to be rediscovered in discount bins and used games sales. 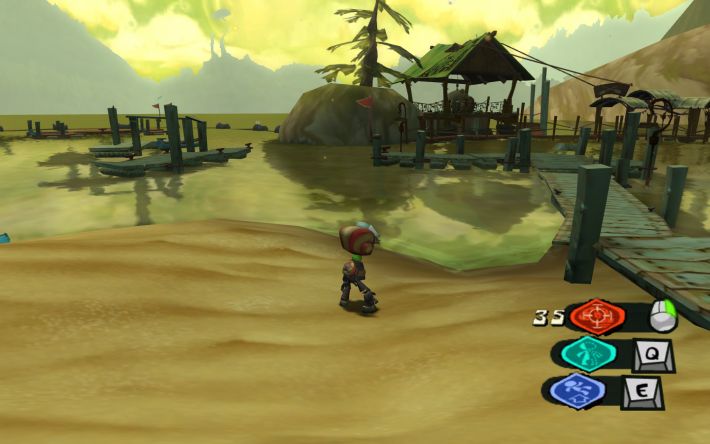 But a bigger question might be why the period of “Great Games Nobody Played” came to an end. It’s not like the days have gotten longer and gamers suddenly have more time to uncover and play every great game released each year. Perhaps it’s because we’re simply remembering an era with rose-colored glasses, but I suspect it might be because of where we buy our games today: Digital storefronts like Steam, GOG.com, and Origin (after its rocky start).

As internet connections and digital gaming platforms improve, new IPs can be marketed directly to niche audiences without having to compete with established franchises. On top of that digital curation means games can stay on the “shelves” indefinitely. Add in the recent fixture of massive discount events and it’s much easier for small gems or under-appreciated titles to get thrust back into the limelight and find an audience.

And while there’s definitely something to be said for the charm and thrill of uncovering an unexpected treasure in some sad looking discount bin, the fact of the matter is that the distribution methods of the modern day have given people better tools to discover and access critically acclaimed titles that, not long ago, might have been out of reach if your local game store didn’t have it in stock. Think of it this way: You can buy Beyond Good & Evil right now from GOG, Steam, or pick up the HD remaster from PSN or Xbox Live. Who can honestly still say this is a game nobody’s played?

Come back next week for Marla Desat’s review of Pharoah. In the mean time, feel free to PM us comments and suggestions for future reviews.