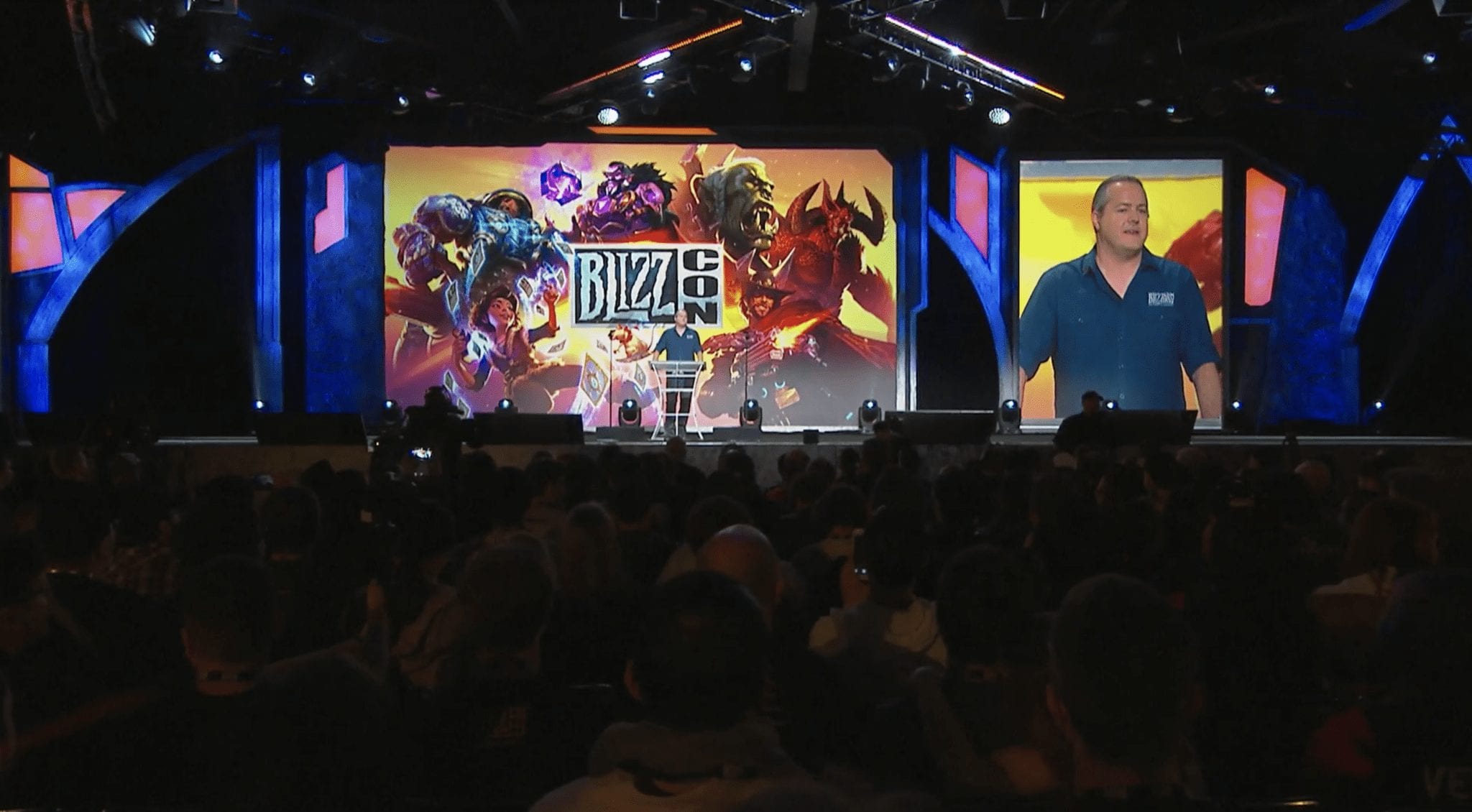 Blizzard wrapped its 12th annual two-day Blizzcon celebration on Saturday, and if you weren’t in Anaheim, Calif. or watching the presentations via virtual ticket, we’ve got a breakdown of the news announced for each of the company’s major properties.

Let’s start with the big angry demon in the room. Most of the coverage of Blizzcon has been devoted to fan outrage about the announcement of Diablo Immortal, an MMORPG coming soon for iPhone, iPad and Android. Russ gets into that response here, so I’m just going to cover the game itself. Set between the events of Diablo II: Lord of Destruction and Diablo III, Diablo Immortal will let players explore the world of Sanctuary and fight the minions of hell. All of the Diablo III classes except Witch Doctor are playable and Blizzard promises the game is being designed for mobile with intuitive controls that will also make it easy to drop in and out of groups. Of course they also promised that fans could sign up for updates on the game, including beta access, at diabloimmortal.com but that function isn’t currently working.

There’s lots of big news here meant to satisfy both current World of Warcraft fans and bring back gamers with fond memories of the franchise that haven’t engaged with it recently. The 2002 release Warcraft III: Reign of Chaos and its beloved expansion Warcraft III: The Frozen Throne are being remastered in Warcraft III: Reforged, which will launch next year. The upgraded visuals are sure to entice new players into checking out the single-player campaign, which introduced many of the most iconic WoW characters, and the update also lets players use Blizzard’s latest multiplayer and game design tools to share the game with friends. Blizzard is already taking preorders for the game for $29.99, though you’ll get some vanity goodies like a WoW mount and themed Heroes of the Storm characters if you spend $10 more.

Blizzard also confirmed the summer 2019 release of World of Warcraft Classic, which will let players relive the experience of playing the game before it was sullied and/or improved by its first expansion. This project has been something of a developmental nightmare given it required the devs to chase down old code and art. It also mostly appeals to a particular kind of masochist that likes having to wrangle 40 people to all convene on the same in-game location to take down a boss. Those raids will be trickling out in four stages to replicate the slow release of endgame content between the game’s 2004 release and the January 2007 launch of World of Warcraft: The Burning Crusade.

I went through the ecstasy and agony of fighting through Blackwing Lair and Molten Core more than a decade ago and am content to let those memories stay forever tied with my college years. Instead, I’m most excited about what’s coming next to the current expansion, Battle for Azeroth. Dec. 11 will bring the game’s next major content update, “Tides of Vengeance,” which will ramp up the conflict between Horde and Alliance by having the Night Elves fight to retake their ancestral home from the Horde while war rages in the capital of the Zandalari trolls. The update will also unlock two new races and questlines tailored to each profession. Blizzard also made it known they’re looking ahead by teasing the next big release, “Rise of Azshara,” which will send players underwater to face the naga queen. There’s also going to be a new massive dungeon filled with robots that the tinker-prone gnomes and goblins are very excited about.

King Rastakhan is a major character in Battle for Azeroth and now you’ll see a lighter side of him in Rastakhan’s Rumble, the next Hearthstone expansion. Releasing on Dec. 4, the game’s 135 new cards will be based around an arena brawl between nine trolls. Preorders are open now and provide Rastakhan as a new shaman hero, 50 packs and a themed card back for $50 or just 17 packs for $20.

Heroes of the Storm

Along with adding the new spooky assassin Ophea, who will be available on Nov. 13, Heroes of the Storm has announced some updates coming next year with the goal of making matches more competitive. Those include tweaks to how experience is awarded, minions spawn and armor stacks. They’re also improving the matchmaking system to make sure you have all your bases covered and incentivize people playing in-demand roles.

The rifle-toting Ashe and her robot butler joins McCree in bringing more western flavor to Overwatch, and the Protoss Dark Templar Zeratul will be added as a commander option for co-op play in StarCraft II. Blizzard is also encouraging trials of Destiny 2 by offering the game for free on PCs through Nov. 18 through the battle.net client.

Blizzard Betrayed its Fans, and the Press Only Made it Worse