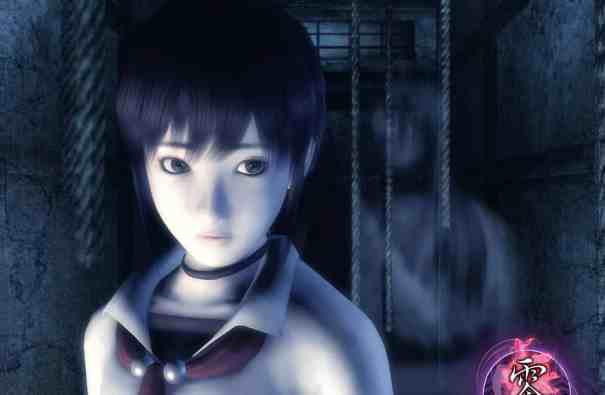 In 1973, Ursula K. Le Guin published the short story “The Ones Who Walk Away from Omelas”. It presented a world where a city could remain happy and prosperous forever as long as one child was kept isolated, starving, and miserable for their entire life. No sunlight, no interaction, just a pitch black box until starvation, disease, or the long march of years took them. It painted a horrific picture. Would it really be worth the cost? In 2001, Fatal Frame (Project Zero in Europe) gave us the answer.

Fatal Frame’s primary antagonist is the vengeful spirit of a young woman named Kirie Himuro, a woman who was raised in isolation to be ritually sacrificed in order to keep a mysterious door known as the Hell Gate sealed. The rope ritual, in which the patriarchs of the Himuro family tie ropes to her wrists, ankles, and neck and turn wheels until she is strangled and ripped limb from limb, seems sadistically evil and cruel. It is slow. It is unimaginably painful. And it backfires in the most violent way possible.

Kirie, overcome with guilt, sorrow, and rage, unleashes a curse upon the household so powerful that it kills every living resident and resonates in the house’s very foundations for centuries to come. All who enter the Himuro estate are doomed to suffer her fate, rope burns appearing on them one limb at a time until they too are torn apart by the specter of Kirie’s wrath. In doing so, Fatal Frame becomes a staunch rejection that the utilitarian well-being of the many justifies the pain and torment of the few.

Grudges and the folkloric concept of ritual sacrifice exist in almost every religion in the world, but particularly in Japan. From the idea of hitobashira — human pillars buried alive as a sacrifice to ensure the longevity of a castle keep, bridge, or shrine — to the modern folklore of vengeful curses showcased in works like Ju-On and Ringu, the agony of the unwilling seems to permeate traditional Japanese stories. However, the justification for this cruelty rarely holds water. More often than not these acts end up at best as a black stain in cultural memory — and at worst a karmic calamity of massive proportions. 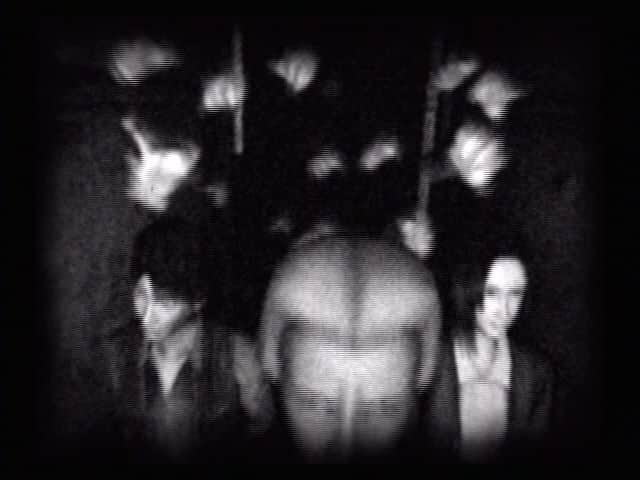 In Fatal Frame, the latter of course occurs. It is the karmic fate of the Himuro family patriarchs who believe, in essence, that they can throw people into the proverbial furnace to keep the fire of salvation going, not realizing that they are polluting the atmosphere around them. A perfect miasma waiting for the spark to set off the blaze that would doom them all.

The curse of Kirie Himuro, or as the priests’ documents call it, “the Calamity,” is a manifestation of her trauma, pain, and rage. From her birth, she was kept isolated, only different from the child in Omelas in the sense that she was fed. The intent was that she would welcome death after growing up so miserable, empty, and disconnected from the world. However, Kirie ended up falling in love with a man who was allowed onto the property, creating a connection that would disrupt her ability to seal the Hell Gate. This was unacceptable, and a diary entry from one of the priest enforcers reveals that they surreptitiously murdered the man: “We followed the master’s orders and hid the guest. I told Kirie our guest had gone home. We will have to carry the body far, far away, so that Kirie never finds out.”

When Kirie learned the truth, the guilt, rage, and sorrow she felt tainted her as a sacrificial lamb. The Himuro patriarchs care knew there was the potential for her to be an insufficient offering, but rather than admit fault or find another way of keeping the gate shut, they proceeded anyway as the agents of their own downfall.

The only solace is that the curse itself, the Calamity, is localized to Himuro Mansion and its immediate vicinity. There is no spirit that follows you out like in Ringu. You’re free to just leave, which is made abundantly clear in several diaries scattered throughout Fatal Frame, and this is because Kirie’s business, so to speak, is not necessarily with you. 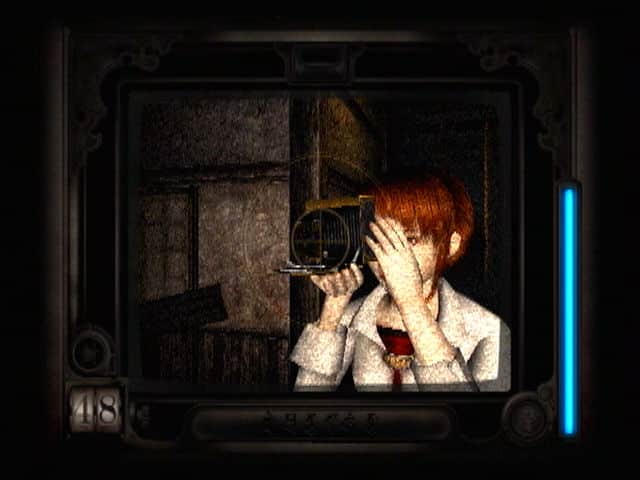 However, if you come into her purgatorial world and seek to exploit, gawk at, or otherwise violate her rest and her suffering, she will stalk you until her phantasmic ropes fix themselves to your limbs and slowly rip you apart. This was the case with those who died in the mansion immediately prior to your character’s involvement in the game. Novelist Takamine and his editor and assistant entered Himuro Mansion for the sake of novel research and to poke around at the secrets of the long-dead family. They picked over the bones of the house, and in their stubborn refusal to leave while they still could, they ultimately got dragged into the purgatorial void by Kirie.

Other victims writhe in eternal agony in this void. Throughout Fatal Frame you are accosted by such souls angered by your presence and by the atrocities committed against them. Shrine maidens in bloody robes still walk with their limbs contorted by ropes, and priestesses that were forcibly blinded as the patriarch shoved a mask embedded with spikes into their eye sockets still weep tears of blood. They, understandably, cry out, “My eyes… my eyes!”

All around you in Himuro Mansion, even when Kirie, the conduit of the tormented, is not present, the fury of unwilling human sacrifice is palpable. Through this, however, there remains one, small hope. In the miasma of this other world, alone and mute in the darkness, there is a little girl in a white kimono. It is the manifestation of lingering goodness in the soul of Kirie, hoping to end the cycle of suffering. 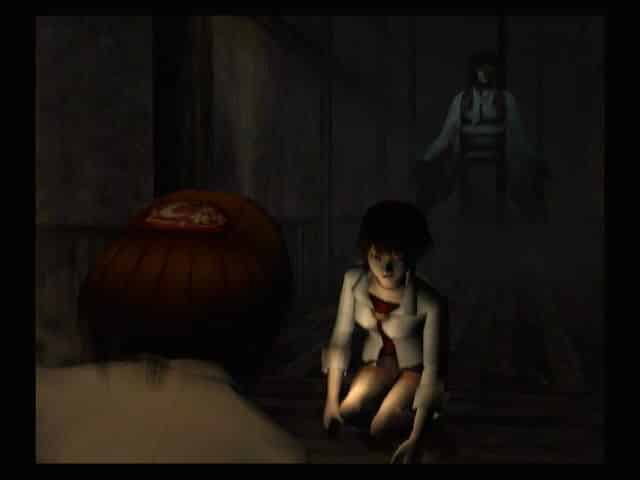 This girl serves as a sort of guide to the selfless souls who enter the grounds of the mansion, those who may be willing and able to help the curse be lifted. At key points she shows you where to go or where hidden doorways lie; she even rescues you from her vengeful other half. If your intentions are pure, there is still a part of her humanity that does not want to harm you. This is further showcased by the game’s departure from the usual endgame formula. The final boss is not Kirie, the woman who has suffered for so long, but the patriarch of the Himuro family, the man who perpetuated the cycle of torture laid down by his forefathers.

Breaking the cycle is the only way to end a story like this. Fatal Frame’s secondary protagonist, Mafuyu, enters the mansion in a selfless quest to save those missing and trapped within. He shows Kirie compassion and kindness that she had seldom known. Meanwhile, you as his younger sister Miku similarly enter the mansion with the explicit purpose to help your brother, and ultimately to fix what has been broken both metaphorically and literally by reuniting the two halves of Kirie’s soul. Once she becomes her true self again, Kirie chooses to sacrifice herself by hanging her soul by ropes in the bowels of the mansion for eternity. In one ending, Mafuyu stays with her, a willing sacrifice in his own right, and a companion and kind figure to help her cope in the times ahead.

The death and curse of Fatal Frame‘s Kirie Himuro is a tragic, bitter thing. Her consenting sacrifice illustrates that the torture and murder that the Himuro family had committed over generations was cruel, monstrous, and, ultimately, unnecessary. By grooming a young child to wish for death rather than let a willing participant make their own choice, the toxicity grew until it imploded. Only when the sacrifice came from a personal choice, a place of empathy, was the evil truly kept at bay at last, and as the sun rose, myriad tormented souls were finally able to ascend into the afterlife.

Ultimately, it’s the power to choose that makes all the difference.