This week, MovieBob continues his recap of the late Tony Scott’s filmography.

The Fan
They can’t all be winners. Impressively photographed and interestingly-performed but also unbearably silly in spots, this is basically a stalker movie à la Fatal Attraction but with celebrity fandom instead of sexual obsession. Robert DeNiro is a mentally unhinged baseball fanatic who becomes psychotically fixated on his favorite player (Wesley Snipes) and resorts to increasingly deranged methods to insinuate himself into said player’s life. Not terrible, but it almost feels like it’d be better if it took its own premise a little less seriously.

Enemy of the State
The paranoid thriller came back into vogue in a big way in the late-90s, spawning a lot of terrible films (looking at you, The Net) but this one was pretty good. Will Smith is a regular guy who winds up in possession of evidence of a shadowy NSA conspiracy to expand surveillance powers and finds those powers being used to hunt him down. Gene Hackman (more or less reprising his famous role from The Conversation) is a retired agent who helps him out.

It’s a good movie, but it hasn’t exactly aged well. The big hook at the time was to blow audiences’ minds with the prospect of just how intrusive technology was about to become in our lives, something that folks have (for better or worse) come to just sort of expect or even seek out in the post-9/11 world.

Spy Game
This was part of a slew of early-2000s movies where older movie stars were paired opposite younger stars seen to be their modern equivalents. In this case, it was Robert Redford and Brad Pitt, right in the midst of his “I made Fight Club and male audiences don’t hate me anymore!” victory lap.

Pitt is an American spy in need of rescue in China, and Redford is his onetime mentor called in to manage the situation. As the plot progresses, flashbacks explain their complicated relationship and how it may or may not tie to Pitt’s predicament. It’s a good movie, but it was a surprise non-starter at the box office when it was new, which some have attributed to its Cold War spycraft plot seeming suddenly un-modern in the wake of the 9/11 terrorist attacks and the newly-minted War on Terror.

Man On Fire
This is probably the most popular of Scott’s post-Crimson Tide output, and marked a startling change in the filmmaker’s style. The film is a heavy, aggressive sensory assault, shot and edited with frenetic energy, shifting film stocks, audio trickery and subtitles (the story takes place in Mexico) that dance across the screen like an art project of their own. It plays out like somebody’s first film, the work of a film school grad with something to prove instead of a 70-year-old veteran, and the effect is jarring but also kind of thrilling in its own right.

It’s also more than a little troubling, subtext-wise: Denzel Washington is a psychologically-scarred CIA vet who takes a job as the bodyguard for the young daughter (Dakota Fanning) of a Mexican businessman and his American wife. The girl’s friendship seems poised to awaken his humanity, but when she’s kidnapped and apparently murdered, he embarks on a violent mission of revenge. In many ways, this film (a massive hit at the time) was the template for the spate of “respected serious actor plays an aging badass action hero” movies that recently included Taken.

The troubling part comes from some unfortunate implications in ethnic caricature. The film trades in very clear good/evil archetypes, and given the setting, divides similarly along racial lines. Washington’s initial trip from America to Mexico is presented like a Stygian passage into the underworld. Every single Mexican character is evil, corrupt or corrupt-but-on-the-right-side. Fanning and her mother, meanwhile, are lily-white angels (the girl is technically supposed to be bi-racial, but there are super-saiyans less Aryan-looking than Dakota Fanning) who exist to be either defended or avenged. Washington, the only black character, isn’t so much a human being as a violent Golem stomping through the urban hellscape at the charge of the aforementioned angels. It’s doubtful that any of that was intentional, but it makes what’s otherwise a hell of a revenge flick a little uncomfortable in spots. 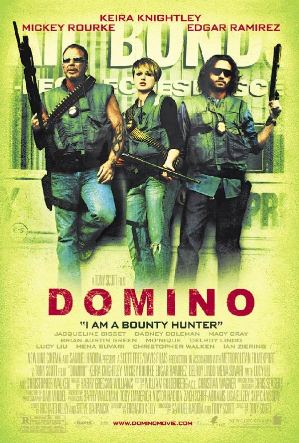 Déjà Vu
For some reason, everyone overlooked this clever sci fi/action movie (Scott’s only other foray into genre since The Hunger) but I thought it was pretty great. Denzel Washington is a Special Agent in New Orleans who is approached by a shadowy government outfit to help find the perpetrator of a horrific terrorist attack using an experimental new device that open “time windows” through which events of the recent past can be viewed.

It’s an exceptionally cool sci fi concept, and leads to one of the more inventive chase scenes in recent memory wherein Washington’s character pursues a suspect despite their being separated by days. The film was only a modest success, and was the subject of controversy when its screenwriter publically trashed the finished product and blamed Scott for being too focused on action.

The Taking Of Pelham 123
Scott’s only remake reworks a 70s mini-classic about a hostage crisis on a subway. It’s often been cited as a Die Hard inspiration turned into a big-time action flick that a lot of people really liked, but I was a little cold on it. It has another great star-turn from Denzel Washington and some solid action beats, but John Travolta grates as a way over the top bad guy and it’s clearly trying a little too hard to fit extra set pieces into the narrative.

Unstoppable
What has now turned out to be Scott’s final film, a respectable thriller about a runaway train once again featuring Denzel Washington, and was reviewed on Escape to The Movies here.

The circumstances surrounding Tony Scott’s passing may not be fully understood for some time. But he left behind an impressive legacy of work that we’ll still be talking about long after all of us have gone to our own rewards. In that respect, at least, we should all be so lucky.