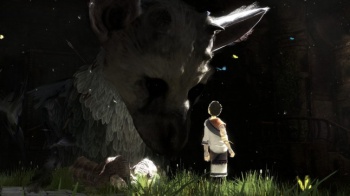 Yet another rumor that The Last Guardian will finally show its head after all these years.

Got a report for you folks today that I expect most of you to take with a rather liberal dose of skepticism: Team Ico’s long-in-development adventure The Last Guardian will finally, finally be shown off at this year’s E3.

The Guardian is reporting that ” we have it on very good authority that this will be the year that Team Ico finally presents its follow-up to much loved classics Ico and Shadow of the Colossus.” If this sounds familiar, it’s because we’ve heard almost the exact same line before, but the fact of the matter is that The Last Guardian has been completely MIA since E3 2009 – almost six years ago.

Most recently, Sony abandoned The Last Guardian‘s trademark, which led many to believe the game had been quietly cancelled, but Sony quickly renewed the trademark and assured fans it was still being made.

Almost a year ago, around the time of last year’s E3, Sony bigwig Shohei Yoshida “laughed” at rumors of its cancellation, but didn’t offer any further information.

For me, I will only believe that the The Last Guardian, much like Half-Life 3, still exist, when I actually see them.