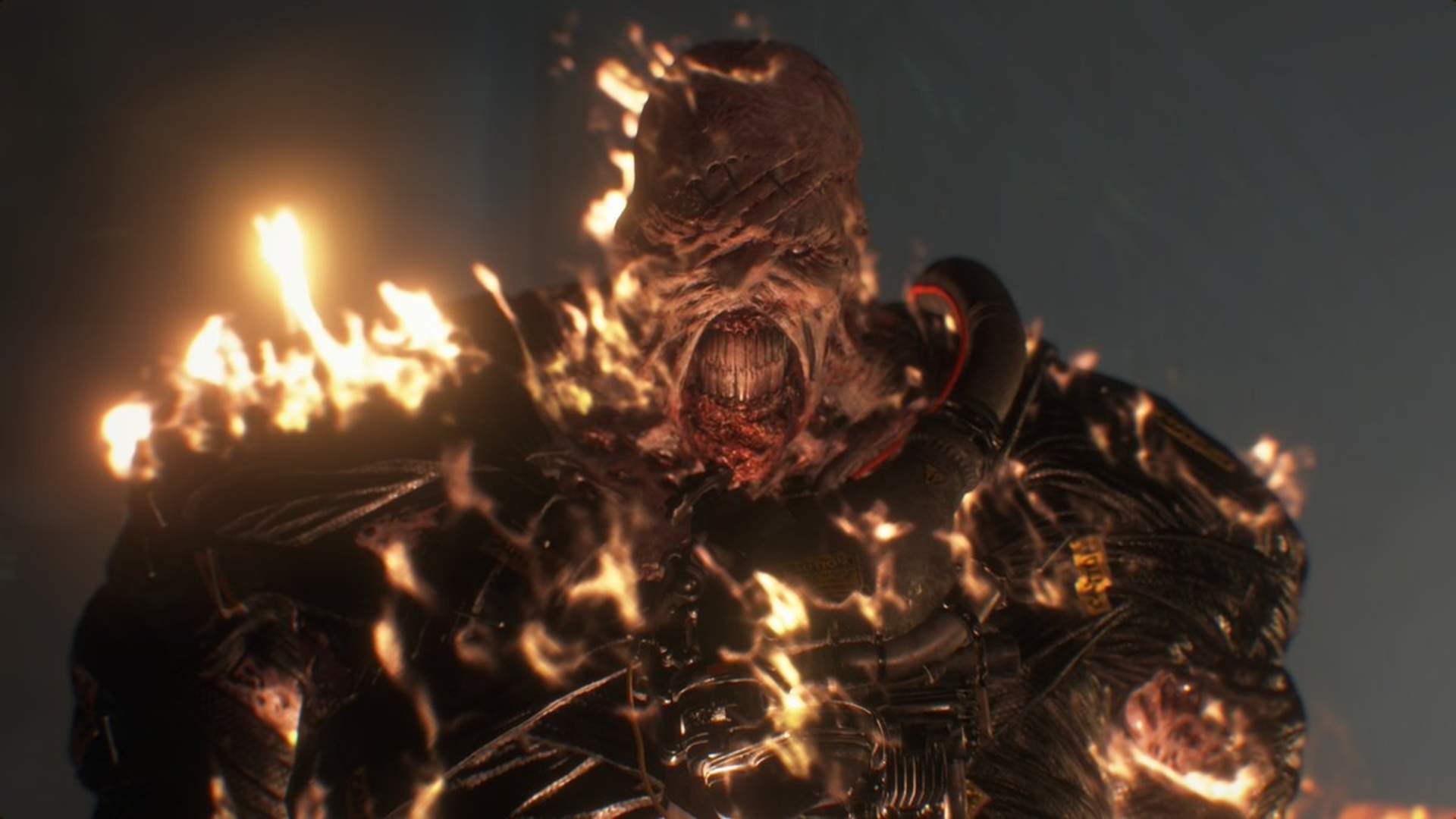 Capcom hasn’t been too keen to share what Nemesis looks like in the Resident Evil 3 remake before now, but today’s trailer changes that. In fact, the footage Capcom debuted earlier gives the hulking monster the spotlight for the majority of its runtime. Raccoon City looks like just as much of a disaster as it did in last year’s Resident Evil 2 remake, but the flamethrower-wielding Nemesis definitely makes Jill Valentine’s situation seem just a bit more dire.

See how a remastered version of Resident Evil 3’s iconic villain looks with 2020 graphics in the trailer below.

Along with the trailer, the publisher posted a lengthy blog post detailing some of the game’s new features. Nemesis is a smarter, stronger, and more versatile version of the second game’s Mr. X, with the ability to use weapons and also deadly tentacles. The original game’s reptilian Hunter enemies are back and more terrifying than ever, too, but we only get to see a quick flash of these ghouls in action.

Resident Evil 3’s second protagonist, Carlos, also gets a bit of screen time in the trailer. Carlos is confirmed to be playable at “various points throughout the story,” with the post stating “his viewpoint offers a different perspective on events as they unfold and provides additional details on why [the Umbrella Biohazard Countermeasure Service] was dispatched to Raccoon City to begin with.”

Along with featuring descriptions of many of the characters from the 1999 classic, the post promises to share more information on the game over the next few weeks.