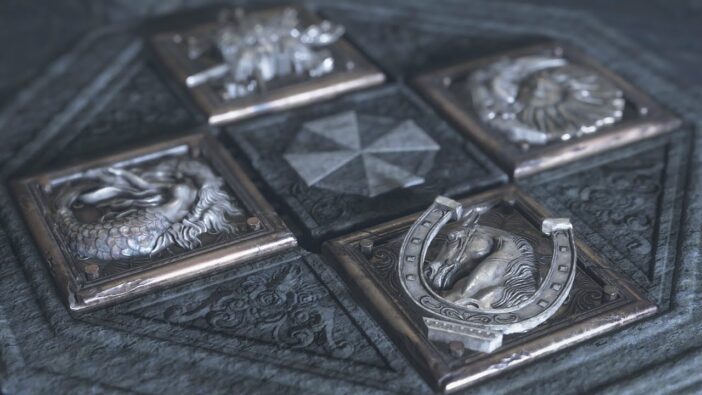 The following article contains spoilers for the Resident Evil series and Umbrella Corporation.

My apologies to anyone whose daily life resembles the above, but when it comes to referencing the Umbrella Corporation, Resident Evil feels like the digital equivalent of a Red Bull-fueled five-year-old. I love the Resident Evil series, for the most part, but its insistence on tying everything into gaming’s stupidest company is puzzling at best and infuriating at worst.

It’s not as if the Umbrella Corporation is worthy of elevation, that name checking it somehow strengthens its position as the linchpin of this survival horror series, because it’s not. The Umbrella Corporation is, to be blunt, rubbish. Shareholder return notwithstanding, when your “product” has led to a horrifying viral outbreak, you should at least take a breath before continuing the same line of research.

Villain Albert Wesker, while guilty of wearing sunglasses indoors (even before he became a lizard-eyed superhuman), at least had the good sense to abandon a sinking ship. He wasn’t about to hang around a workplace where you need to 3D print a narwhal just to get into the break room. Wesker, in fact, was more instrumental in setting up future Resident Evil games than Umbrella itself.

And yet Capcom keeps bringing up the Umbrella Corporation, believing that there’s some value in referencing it in nearly every game. Take Resident Evil 7, which saw the return of Chris Redfield at the head of his own anti-bioterrorism group, Blue Umbrella. The game’s reasoning was that they’d taken the name to atone for the Umbrella Corporation’s crimes. 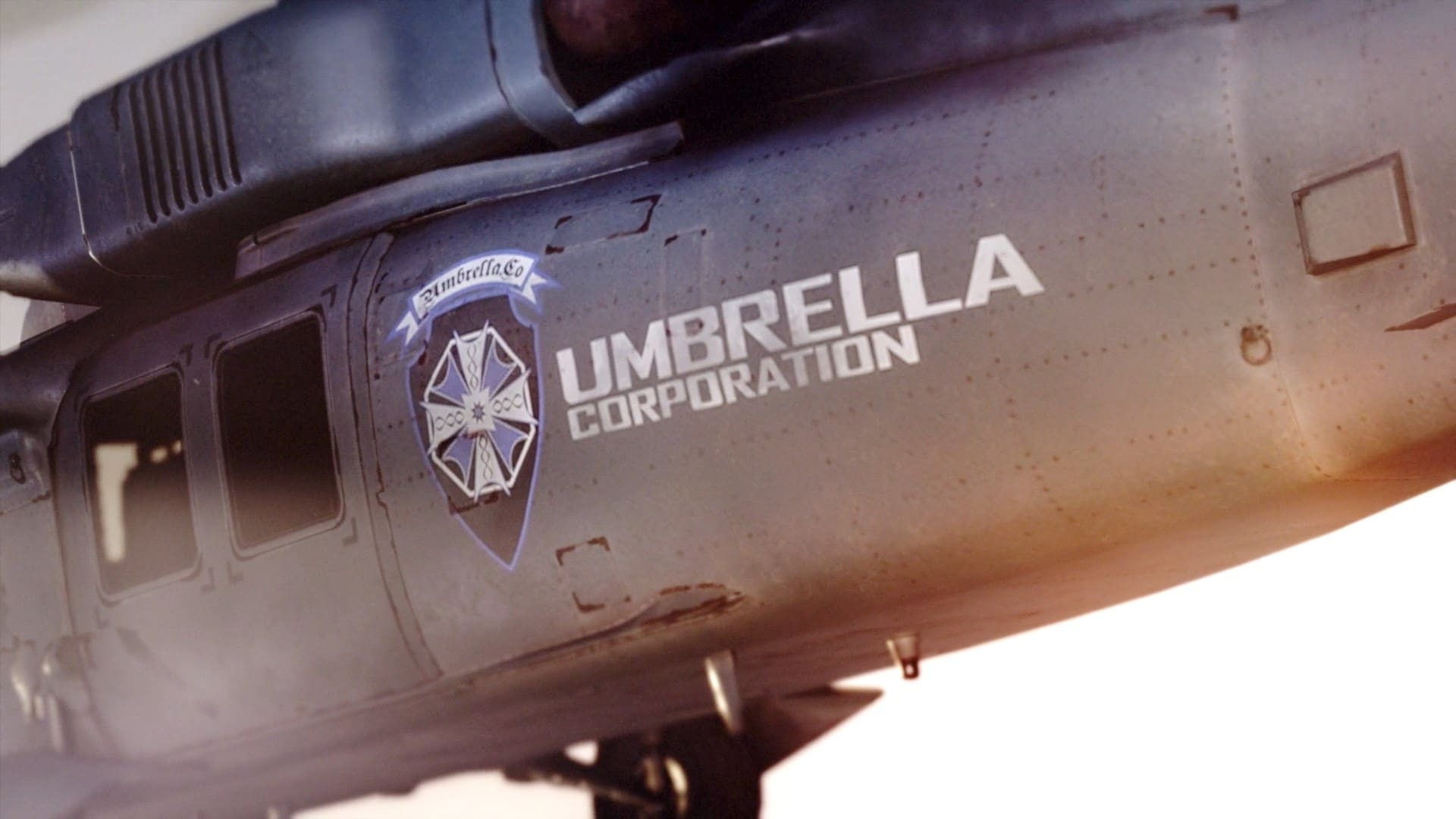 Really? Umbrella was responsible for the annihilation of a major (albeit fictional) American city. Resident Evil 3: Nemesis set the death toll at over 100,000 people, though that seems like a conservative estimate. It’s an act of supreme optimism, or colossal stupidity, to both call your organization Blue Umbrella and use virtually the same logo as the original company.

Whom is this for? I doubt the people whose relatives were turned into shambling, flesh-eating corpses are going to welcome Blue Umbrella with open arms. No, it’s for us, the players, either a tired reference to the older games or a clumsy attempt to make us think Chris Redfield is secretly evil. But in-universe it makes absolutely no sense whatsoever.

Resident Evil Village, actually the tenth entry in the main Resident Evil series, is the latest offender. There’s an area you cross after completing each boss fight, on your way to the next Lord’s domain, and in the middle of it is a stone altar. At the center of that altar, clear as day, is a carved Umbrella logo.

“What could it mean? Does Umbrella have a hand in all this madness? Could Chris Redfield’s new Blue Umbrella actually be a front for a resurrected Umbrella corporation? Does calling it Blue Umbrella make sense after all?” — all questions I felt the game wanted me to ask. But in my head, I was thinking only one thing — here we go again.

And true to form, Resident Evil Village doesn’t do anything really interesting with this potential link. It turns out that the Umbrella Corporation’s co-founder, Oswald E. Spencer, not only copied Umbrella’s logo from the altar, but was also “inspired” to create the T-Virus by Mother Miranda, Resident Evil Village’s final foe. 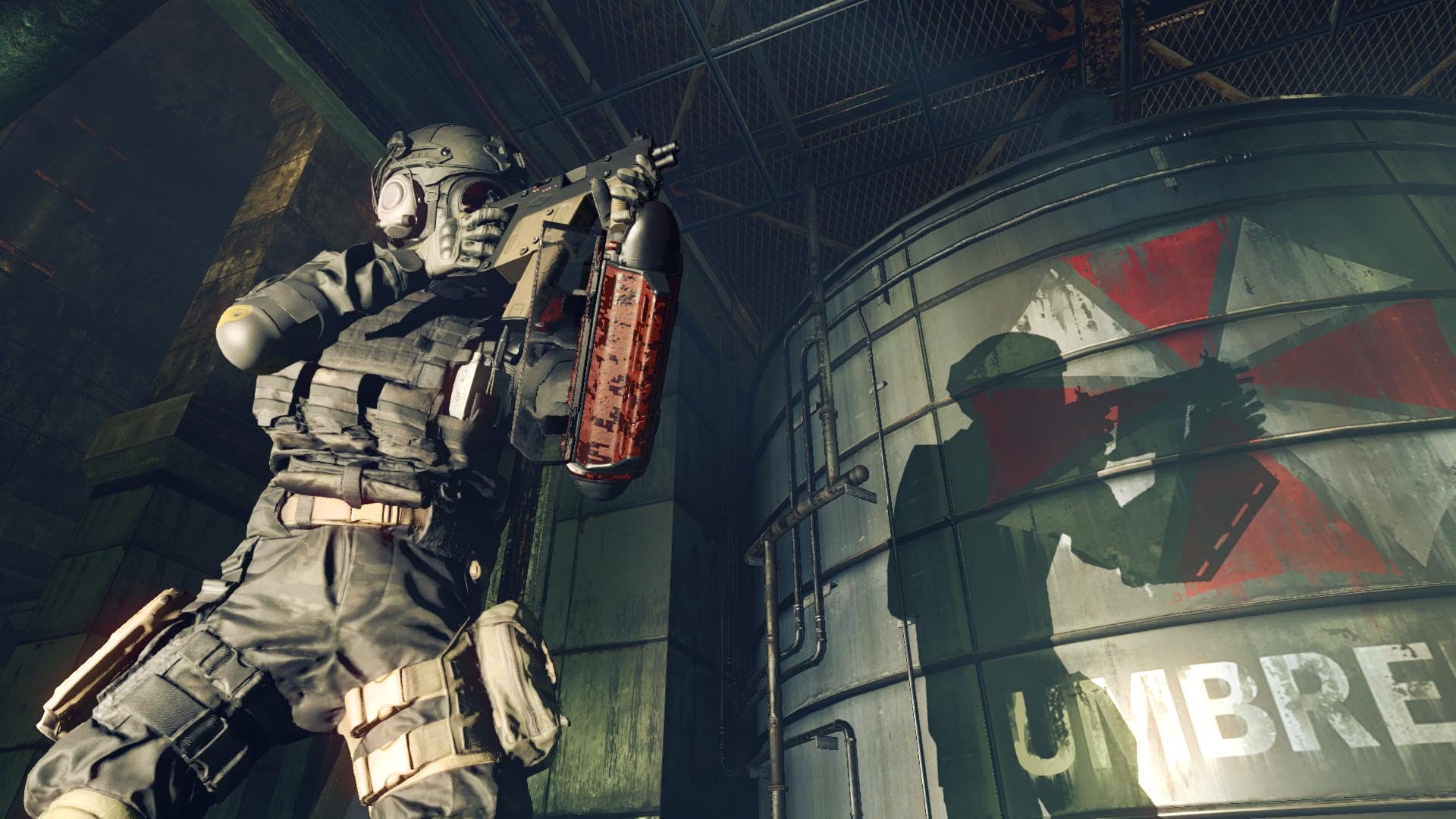 So why exactly does the Resident Evil series keep name-checking the Umbrella Corporation? What does Capcom expect us to feel? Fear? Sure, a few of Umbrella’s experiments were pants-browningly scary, but the corporation as a whole is hardly terrifying. Reverence, maybe? That doesn’t make sense in light of Resident Evil Village’s revelation. We already knew the Umbrella Corporation was absurdly incompetent — like putting the Chuckle Brothers in charge of Weyland-Yutani — but now it turns out its founder was just copying someone else’s homework.

Maybe we’re supposed to gain some small measure of satisfaction from knowing Resident Evil is acknowledging its roots. (I’d argue that its roots are Alone in the Dark, but that’s a discussion for another day.) As someone who grew up with the series, I don’t get so much as a twinge of nostalgia from being reminded that the Umbrella Corporation existed. Resident Evil 0 was one of the earlier Resident Evil games, arriving shortly after Resident Evil 3, and even its links to Umbrella felt contrived.

Resident Evil 6 may not be the pinnacle of the series, but it does advance the idea that numerous bioweapons and bioweapon manufacturers are out there, echoing the post-Cold War fear of homemade nukes. That’s an infinitely more interesting idea than having a game explain how it’s tenuously tied to a long defunct, barely competent organization.

Far from being a positive, referencing the Umbrella Corporation years after its extinction dilutes, even just briefly, whatever story a Resident Evil game is trying to tell. And if you’ve never played the earlier games, it makes you wonder whether you’re not getting the full story or if those who’ve played the whole series are getting even more out of it.

Don’t worry, we aren’t. Knowing Oswald Spencer was a big fraud doesn’t make Resident Evil Village better — long term fans aren’t punching the air just because they said the thing. The sooner Capcom realizes that and lets Umbrella stay dead, the better. There are plenty of stories future Resident Evil titles can tell, but the Umbrella Corporation’s isn’t one of them.