As our review alludes to, there is a lot going on in Resident Evil Village. One moment you’re barricading the doors of a dilapidated shack in the middle of a vicious werewolf siege. The next, you’re creeping through the musty halls of a Gothic mansion, holding your breath as you turn each corner, just in case you come face to face with the now-infamous Lady Dimitrescu. An hour later, you’re chasing chickens with your combat knife and taking them back to the Duke, this game’s take on the iconic merchant, so that he can cook you a meal that will permanently increase your stats. Like I said, it’s a lot.

Resident Evil Village is centered around Ethan Winters, the main character of Resident Evil 7, and his quest to find his daughter Rose. While Ethan is still a bit of a wet blanket, the inherent human desire to protect a helpless infant kept me engaged in his end goal, which takes him at breakneck speed through what often feels like a nightmarish version of Disneyland.

Right from the tonally excellent opening animated sequence, it’s clear Village is going to deliver a beautiful, dark, and twisted fairy tale. And lo and behold, its opening story pretty much lays out the groundwork of Ethan’s entire journey. From the spooky Eastern European village filled with werewolves, to the Dracula-esque castle, to a truly haunted house, to an ominous lake pulled right from Creature from the Black Lagoon, to a Frankenstein-inspired trip through a techno-horror factory, I was impressed by how economically the game moved from one classically familiar setting to the next. There’s a lot of love and appreciation for the history of horror on display here. 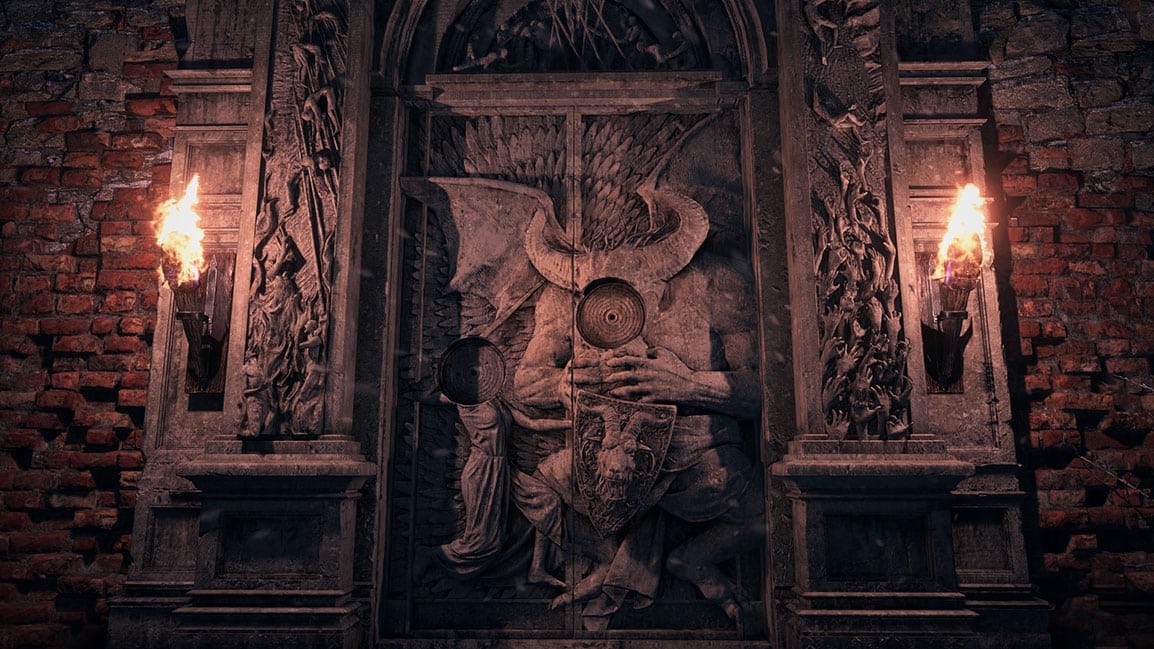 But while Resident Evil Village might lack the tension, scares, and claustrophobic atmosphere of its predecessor (save for one notable exception), it makes up for that by feeling like a well-deserved victory lap through the series’s long and winding history. In fact, there are elements that reminded me of nearly every major installment, making the whole thing feel like a bit of a greatest hits collection.

Part of this is in the enemy variety thrown at you — instead of the bland mold monsters of RE7, Village keeps things fresh and exciting. There are weapon-wielding foes like the Ganado from Resident Evil 4, werewolves that leap about unpredictably like classic Hunters, and even some enemies that crawl up from the ground itself like traditional zombies. On top of this, certain sections have you pursued by a seemingly unkillable adversary, a la Mr. X in Resident Evil 2 and Nemesis in Resident Evil 3.

A lot of the puzzles in Resident Evil Village also feel like vintage RE affairs, including the age-old task of finding some arcane key or a series of bizarre emblems in order to pass through locked doors and gates. That said, there are a handful of legitimately creative puzzles where I found myself absorbing and processing environmental clues in order to figure out what I need to do to get around an obstacle. These are mostly optional challenges off the beaten path, but completing them brought a distinct sense of satisfaction, as well as a much-appreciated monetary reward that I could use to beef up my arsenal. 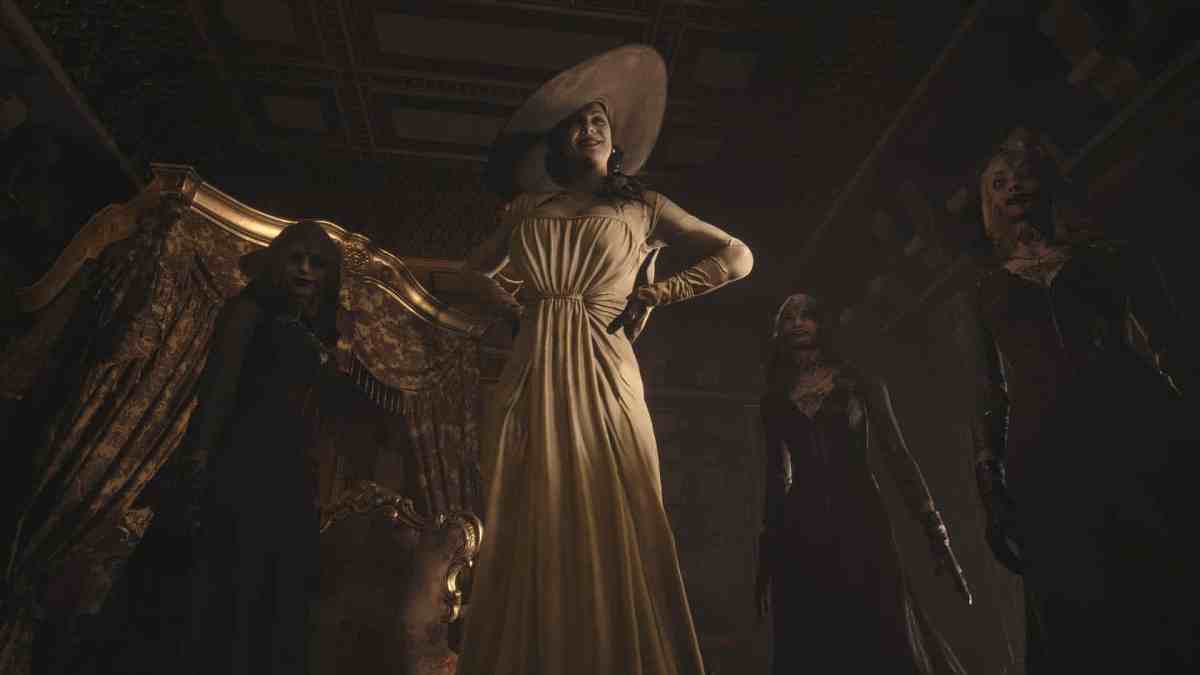 I was even surprised to find some story beats that tied into revelations found in Resident Evil 5 and 6, as well as one line of dialogue that pokes fun at one of the silliest and most memorable moments of the entire series. That’s something I certainly wasn’t expecting, but I appreciated it all the same.

But there’s clearly one single game in the series that Village feels the most like. If Resident Evil 7 acted as a soft reboot of the series that pulled from the core tenets of the original game, then Village is built from the core principles of the monumentally influential RE4. While there’s still plenty of survival horror to be found, there’s a much greater emphasis placed on action, exploration, and discovery.

The Tetris-like inventory management is back, as well as the aforementioned Duke, who pops up frequently whenever you’re in the mood for some buyin’ or sellin’. Enemies often come at you wielding melee weapons of their own, and strategy comes from deciding what to do in these situations. Do you deplete your ammunition to clear out an area, which makes it easier to then scour the environment for money, resources, and secrets? Or do you run away and save your precious magnum bullets and landmines for the tough sub-bosses scattered throughout the story? 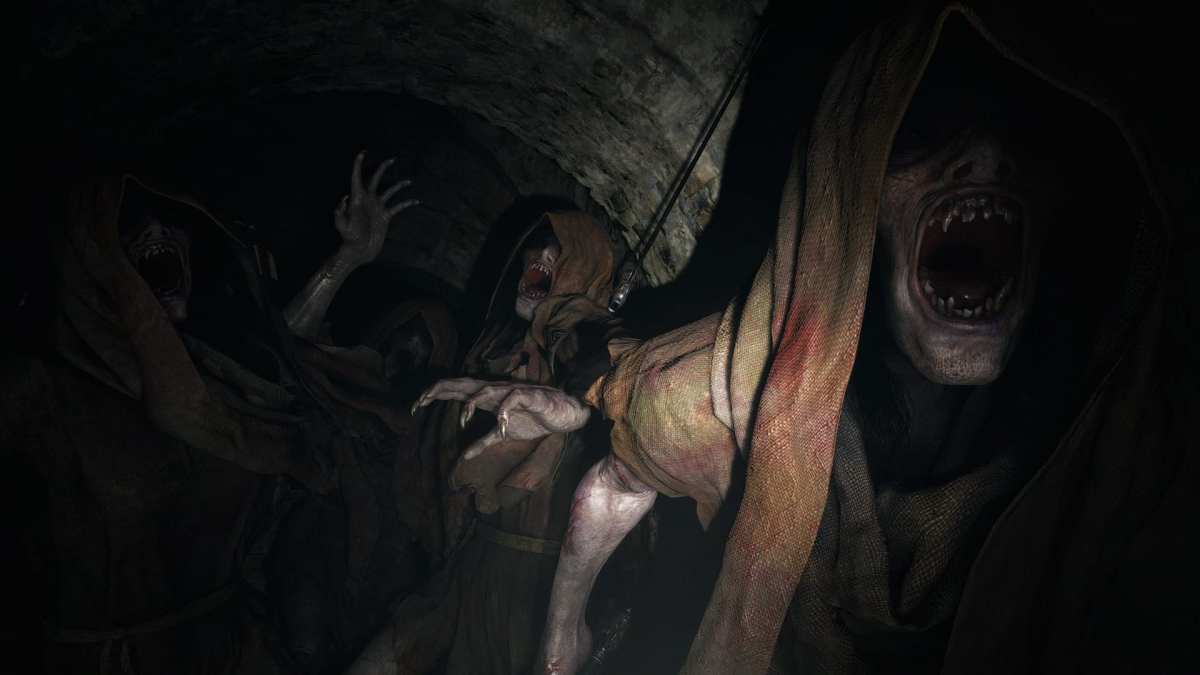 Even the environment changes at the same rapid pace it did in RE4. Instead of being confined to the Baker family ranch like you were for a majority of RE7, Village has you moving to a new and interesting place every hour or two, with the titular village acting as a kind of hub that you revisit after each journey. While the story isn’t anything to write home about, I found myself compelled to continually press on just to discover what fresh new hell Ethan would be tossed into next. It also helped that those hells looked absolutely spectacular on PlayStation 5 — Village as a whole is hands down one of the best-looking games I’ve ever played.

The gameplay itself is solid enough that you could very easily come into this game fresh as a Resident Evil novice. But I think you’ll get a lot more out of it with a deep knowledge and appreciation for the series’s history. Not just the lore of zombies and viruses and strange flowers and families named Spencer, but also respect for the enemies, gameplay mechanics, and atmospheres that the series has created over the past 25 years.

As a Resident Evil fan since the very beginning, I’ll be the first to admit that there have been some incredible peaks and some disappointing valleys throughout that quarter of a century. And I’m thrilled that it genuinely feels like Resident Evil Village understands this. It treats that long and winding history with respect and reverence as it delivers an excellent new chapter that calls back to some of my all-time favorites highs.