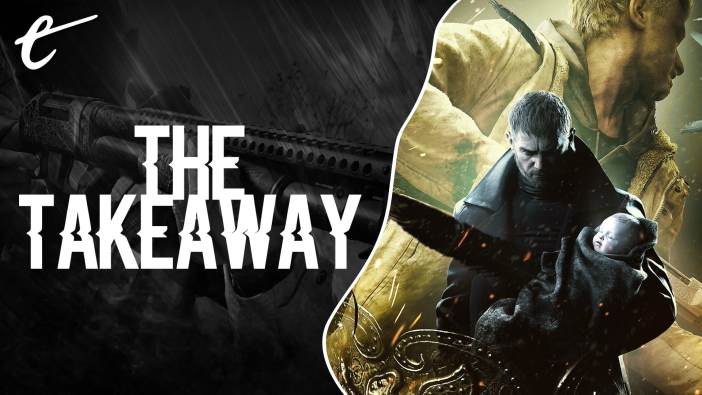 This article contains spoilers for the first half of Resident Evil Village, involving the mansion of Donna Beneviento.

For the most part, Resident Evil Village isn’t particularly scary. Gorgeous? Absolutely. Exciting? Constantly. Entertaining? Most Definitely. But while Resident Evil 7 channeled the intimate survival horror of the original game, Village most definitely pulls its inspirations from Resident Evil 4, which ushered in the modern era of third-person action games as we know them. Knowing this, I went into Village expecting more of an amusement park than a haunted house. And while that’s what most of my time in the game felt like, there’s one specific section that delivered a kind of terror rarely seen in the RE franchise.

Donna Beneviento’s mansion is a relatively brief stop along Ethan’s journey to rescue his daughter Mia. While it initially feels like a breath of fresh air after facing off with Lady Dimitrescu and her daughters, it quickly transforms into an unforgiving nightmare. While there are a lot of reasons why this section that comes halfway through the game works as a perfect horror set piece, the main thing is that it doesn’t feel like Resident Evil at all. Instead, it channels a true psychological horror that’s most reminiscent of Silent Hill and, specifically, P.T. from Hideo Kojima.

The journey to the mansion itself sets the mood perfectly. The winding path is drenched in fog and littered with gravestones on all sides. Dolls hang lifelessly from tree branches as Ethan begins to see visions of his wife Mia and daughter Rose. Tonally, it’s a far cry from the vampires that stalked the halls of Lady Dimitrescu’s castle.

At the end of the path is a locked door, a small mail slit, and a plaque that reads, “Give up your memories.” It’s finally time for you to use that family photo you’ve had in your inventory since the start of the game and that you’ve probably accidentally been attempting to use as a solution to every puzzle up until this point. Parting ways with the picture gives you access to an elevator that brings you to the mansion itself. The lights flicker as you ascend, with the music rising in an ominous set of strings. 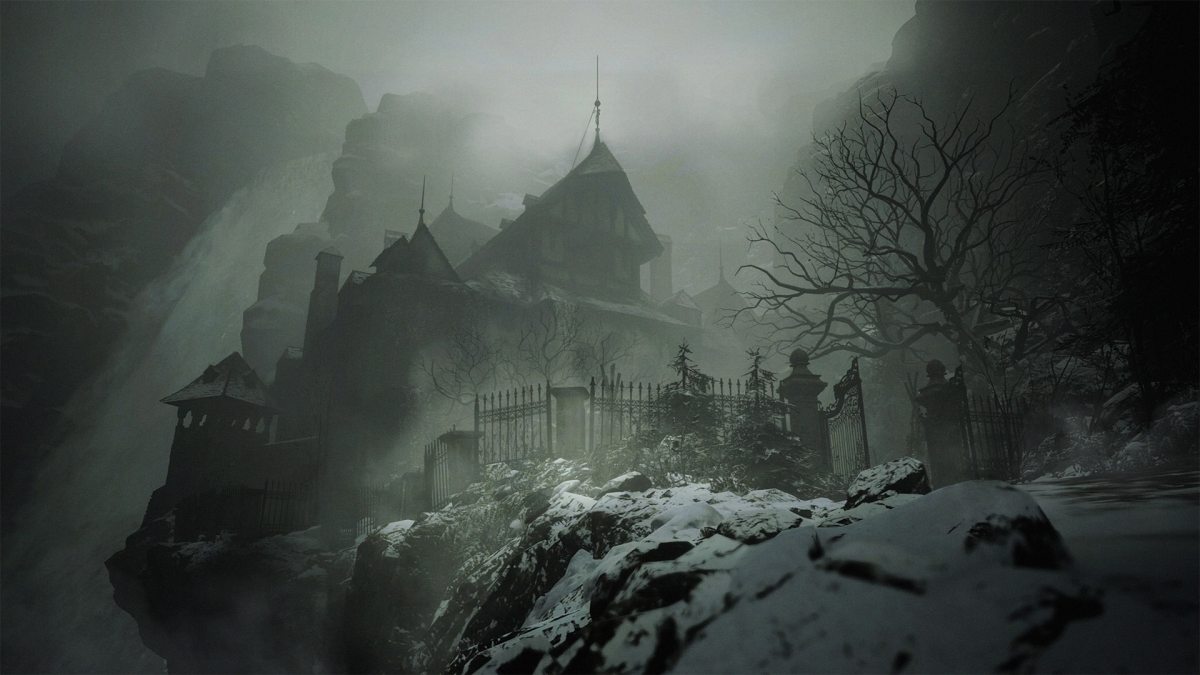 This entire prelude, including the time spent exploring the top floors of the mansion itself, is a lesson in suspense. It constantly has you on edge, waiting for a jump scare that ultimately doesn’t come. The house is warm, illuminated by soft candlelight, and adorned with books. There’s no music in the home itself. We can hear doors close in the distance, and floorboards creak beneath our bodyweight.

This moment is teaching us that, in the mansion, our own fears and projections are the scariest thing imaginable. Resident Evil has always been about a fear that exists outside of us. Literal manifestations of evil in the form of shambling zombies, grotesque creatures, and supernatural entities. They’re the kinds of horror that we can point a gun at and squeeze the trigger until either it falls down or we run out of ammo. The kinds of horror that inflict wounds that can be cured by first aid spray and green herbs.

But this isn’t that. This is about the grief that stems from the tough decisions you were forced to make and the impossible decisions you ran away from. The pain that manifests from your own personal subconscious. The kind of monsters that infinite ammo won’t help you with. In this respect, it’s the kind of horror that Silent Hill was built around.

If the tension up until this point felt similar to Konami’s horror franchise, descending into the bowels of the mansion shows that P.T. was a direct inspiration for this segment. The mundane hallways are lined with framed photos and hide 90 degree turns that you inch your way around. Locked doors open and close on their own as shadows flicker in and out of existence. Mysterious phone calls come in that seem to transcend time and space. 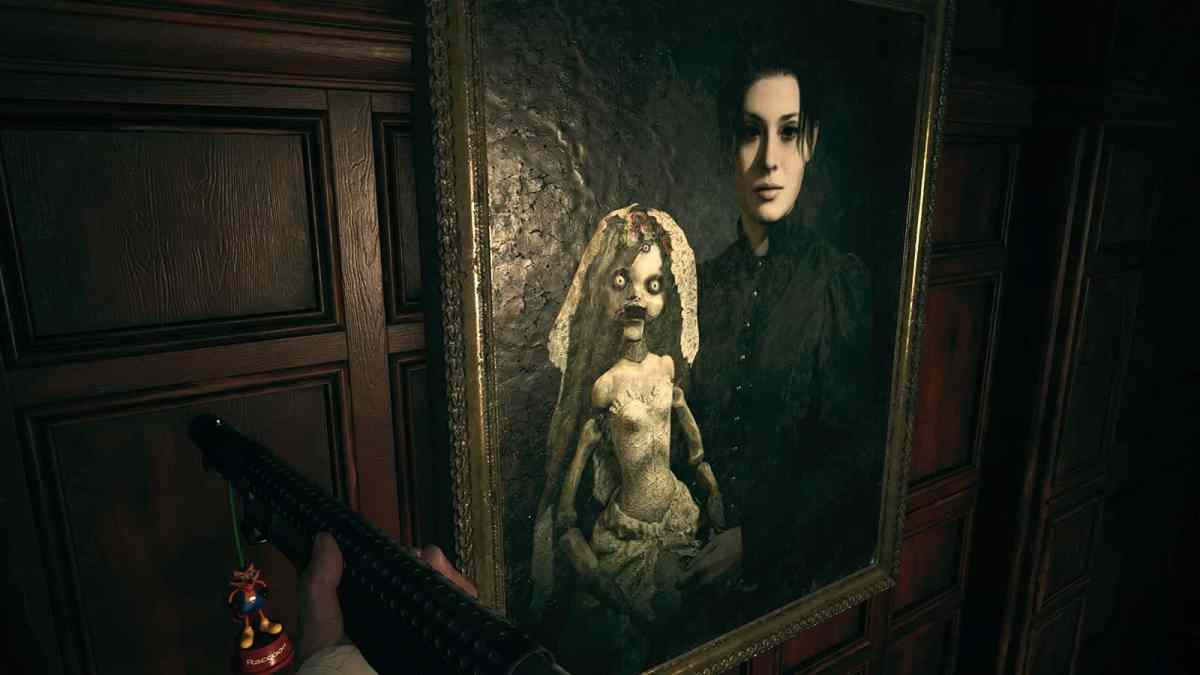 At the center of this winding set of hallways is an examination room. It’s here that Donna Beneviento and Angie get the jump on you. At the center of the basement you find an examination room housing Angie, the terrifying mannequin doll of Donna Beneviento. Examining it makes the lights go off momentarily, and when they come back on, you’re left without your weapons and items. This complete stripping away of your power, comfortability, and means of defending yourself further highlights the internal nature of the horrors of the mansion.

What follows is a nightmarish series of escape room-esque puzzles that bring to mind the thrill of figuring out the birthday party trap that Lucas created back in Resident Evil 7. From a medical dummy resembling Mia and the injuries she received at the start of the game, to bloody rings that need to be washed off in the sink, to locks with combinations scattered across the area, Resident Evil Village does an incredible job of slowing things down in this section, while keeping the tension high.

The lighting allows shadows of movement in the corner of your eyes. The lack of music forces you to focus on the ticking of a nearby clock, Ethan’s deep breathing, and an unintentionally terrifying chime that plays whenever you discover a new item. And as you make progress in the puzzles, an old-timey radio begins to emit static. When you get close, you hear a brief snippet of a conversation Mia and Ethan had while Mia was pregnant. It’s clear that unlike the literal horrors that roamed the halls of Lady Dimitrescu’s castle, what we have here is internal and far more sinister.

The tension in the basement crescendos once you take a trip down to the bottom of a well and return to find that the lights have almost all but gone out on the floor, save for the ominous red glow of exit signs, which again brings to mind the iconic horror of P.T. What were clean floors just a moment ago are now smeared with blood trails. Turning each corner while retracing my steps became a Herculean task in bravery. I didn’t have combat knives, upgraded shotguns, and homemade pipe bombs to protect me down here. And honestly, I’m not sure those would’ve helped with what I was about to face. 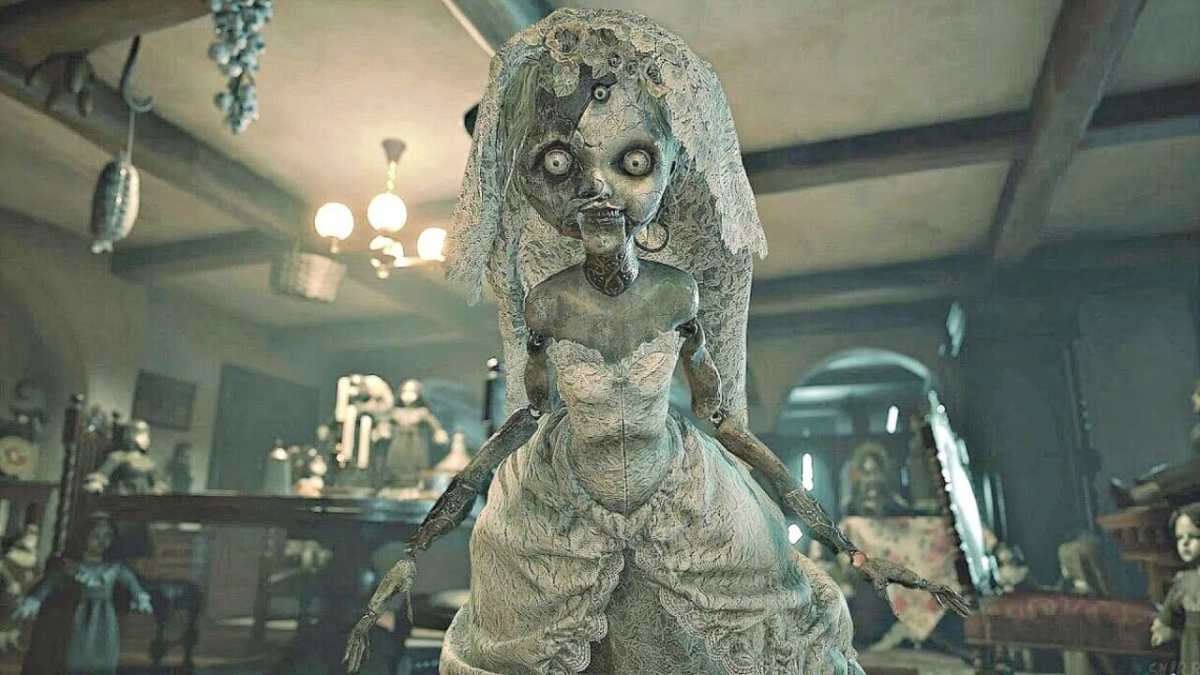 It starts with hearing Mia’s sobbing voice from the radio, telling you that everything will be fine. Suddenly, out of the darkness at the end of the hall appears a massive, monstrous fetus. Its cries are a mixture of childlike laughter and deep guttural pain. Turning a corner and seeing the baby slither towards you is among the fastest I’ve ever pulled a 180 and noped out of a situation in video game history.

The final stretch through the basement has you making your way back to the elevator, all the while avoiding the monstrosity by hiding in cabinets and under beds. I’m genuinely not sure what happens if the baby catches up to you — it’s a testament to the power of this horror that I went back and replayed the section while writing this article, and I still ran away as quickly as possible whenever it got close. The final moments in the basement as you wait for the elevator to arrive all while the creature is barreling down the hallway towards you is an absolute nightmare.

When you get back up to the house proper, the entire thing is a wreck. Wallpaper is torn, the floor is crumbling, and there are about a thousand creepy dolls adorning every single surface. The ensuing boss encounter is a game of hide-and-seek where you have to figure out which doll is the possessed one. Despite being a terrifying scenario in its own right, the sheer literalness of it all is an absolute breath of fresh air from the true horrors of the basement.

This is a perfect slice of horror slipped into the middle of the theme park adventure that is Resident Evil Village. By having you take a long walk through the entire house without a single encounter or scare, it internalizes all of the horror that is about to unfold. Stripping you of your weapons and forcing you to deal with true manifestations of your own guilt deliver some of the most effective psychological terror I’ve ever experienced in video games this side of Silent Hill. After 25 years of facing off against countless zombies, werewolves, and everything in-between, I didn’t think Resident Evil could surprise me with genuine terror anymore. But the half hour I spent in Donna Beneviento’s mansion proved just how wrong I was.