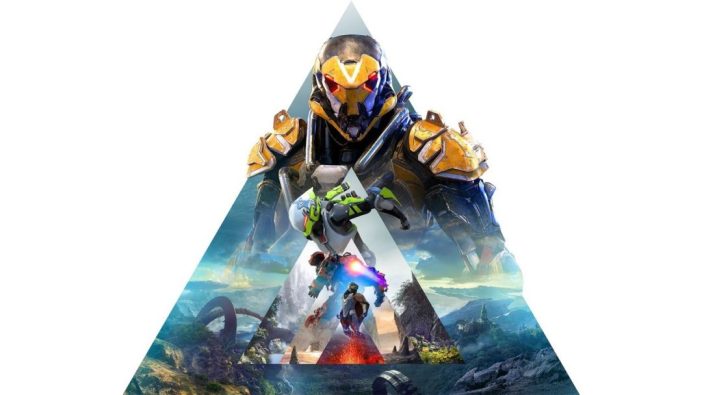 A video game’s purpose is to connect with you through interactivity; it’s about feeling immersed in the action and story through your own input, your pushing into the game and having it push back. Through a controller and a screen, a good game rewards us with both an emotional and literal connection, but a bad game will sever that connection and maybe even prevent that player-to-game synthesis from forming at all. Anthem is unfortunately one of the latter such games.

While the always online MMO third-person shooter provides competent combat and an awesome Iron Man flight fantasy, Anthem ultimately lacks that much needed bond between player and game. After all, how can you connect with a game littered with tedious, frequent loading screens, minimal mission variety, a disorganized interface, and constant server disconnections? Frankly, it’s impossible.

Anthem is a trudging experience punctuated by overly familiar science fiction story trappings. You play as a Freelancer,  a flying mech-soldier on the alien world Bastion. The Freelancers join forces with the people of Bastion in order to prevent the Dominion from possessing the “Anthem of Creation,” a MacGuffin that is never competently explained within Anthem’s story. The good-vs-evil tale lacks nuance since its devoid of the meaningful characters that could potentially elevate it over its generic trappings.

The quality of the plot and its characters is shocking considering the source. Anthem is from BioWare, the master storytellers behind Mass Effect, Dragon Age, Star Wars: Knights of the Old Republic, Jade Empire, and even an MMO with seven years of ongoing rich storytelling, Star Wars: The Old Republic. The studio is renowned for its complex, likable characters and grand narratives, but Anthem’s story is almost nonexistent. Save for its final hours, Anthem’s lore and world is told either through brief, forgettable radio chatter or walls of text in journals rather than organically through character and setting interactions. There are conversations, albeit in stripped down incarnations of BioWare’s famous dialogue trees that allow you to choose your character’s responses. Where the dialogue options in classic BioWare games often changed conversations within the game and eventually altered what story events and characters would appear later on, you’re now given just two script options that lead to the same narrative result.

How can you connect with a game littered with tedious, frequent loading screens, minimal mission variety, a disorganized interface, and constant server disconnections? Frankly, it’s impossible.

Anthem’s narrative woes are worsened by its requirement to always be online. During story missions, the game only acknowledges the existence of your character despite even when you’re in a party of four other people; they may as well not be there for how significant they are to the plot. It’s almost impossible to focus on dialogue and plot when other players are accomplishing objectives before you even arrive to a mission location. Solo mode helps mitigate this problem but that opens up a whole new can of worms. The narrative is designed around a single character, but all of Anthem’s levels are designed around cooperation.

Worse still is how drab and predictable those levels are. Most of repeatedly consist of flying to locations and shooting waves of generic enemies, but this is the bare minimum for level design. The lame enemies such as the insectoid Scars and the storm trooper-esque Dominion don’t differ much from each other in combat, and the massive Titans lose their epic presence when fighting them for the millionth time. Fighting all enemy types can be frustrating because of Anthem’s inadequate radar. 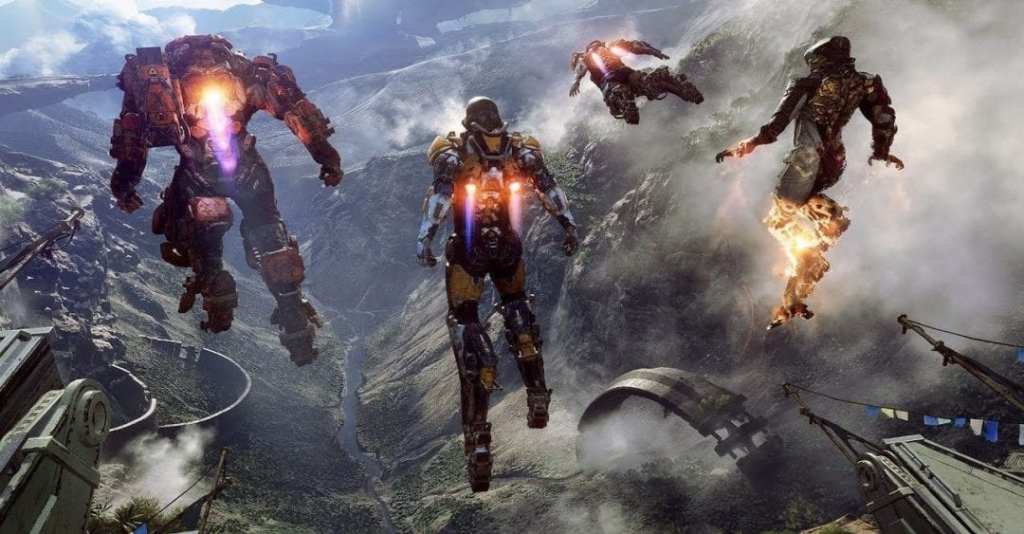 The only truly gripping missions come at Anthem’s conclusion, a finale that wasn’t wholly worth laboring to get to. The most galling stretch of the game is its middle when the adventure grinces to a halt to force you to accomplish trivial tasks like performing basic attack combos in open world mode.  Even worse is that Anthem doesn’t instruct the player on how to accomplish many of these goals or even guide the player on the most efficient way to traverse to specific areas. During this low moment, I wished I was done; it was when Anthem created the greatest distance between me and the game. Not only could I not connect with the world, I was being pushed out of it.

The online component of Anthem makes it difficult to become immersed with the game. The game boasts a beautiful open world but that said open world feels empty. Where you freely traverse the map in most free roaming games, Anthem blocks the terrain behind matchmaking and loading screens meaning there is always a wait before rocketing back into action. Upon finishing every story mission, you are transported back to the hub world of Fort Tarsis where the process begins anew.

Anthem always left me wanting. There is solid combat, cool wildlife, some awe inspiring visuals, and superb flight, but I was always aware that I desired more than what was here. Nothing in this game felt alive; not the story, the world, the characters, or even my interactions with other players.