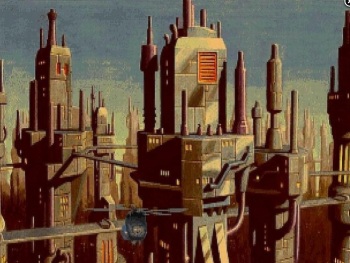 Revolution Software says a sequel to Beneath a Steel Sky will happen, despite not reaching its Kickstarter goal.

Revolution’s recent Kickstarter was actually for Broken Sword: The Serpent’s Curse, a new addition to the highly-regarded Broken Sword series of point-and-click adventure games that was last seen back in 2006. But as the money started rolling in, the studio announced that as a “bonus stretch goal,” it would also give the green light to Beneath a Steel Sky 2 if it broke $1 million in funding. Alas, it didn’t quite make it. The money train stopped at just north of $770,000.

But close in this case is close enough, as the studio has decided to go ahead with the sequel anyway. “We’re delighted by the recent level of interest in a sequel to Beneath a Steel Sky and are currently discussing design ideas for this project which we plan to go into development following the release of Broken Sword – The Serpent’s Curse,” the studio told Develop. “We’re deeply touched that our Steel Sky fans are as enthusiastic today as they were when the original game released in 1994.”

The sequel is a pretty big deal to a certain subset of gamers because Beneath a Steel Sky is widely regarded as an exceptionally good game, with sharp writing, glorious visuals and challenging but not unfairly obtuse gameplay. The Golden Joystick Awards declared it the “Best Adventure Game” of 1995, while PC Gamer gave it a nod for “Best Dialog.”

Beneath a Steel Sky 2 will be developed for Windows, Linux, OS X, iOS and Android, with a possibility of a console release as well. It won’t be around for awhile – Broken Sword: The Serpent’s Curse isn’t expected to be ready until April 2013, according to the Kickstarter page, and work on BASS2 won’t begin until sometime after that – but in the meantime, you can try the original for free at GOG.