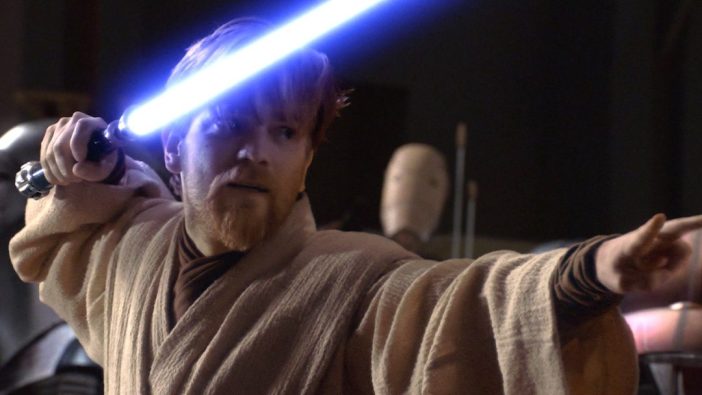 Like a force spirit returning to give sage advice to a young Jedi, a rumor has cropped up that Ewan McGregor is returning to the role of Obi-Wan Kenobi for a new Disney+ series about the character.

Rumors have been swirling for months now that the series was planned, but there hasn’t been any confirmation. However, Cinelinx is now reporting that they’ve heard from two separate sources that McGregor has officially signed on for the series, meaning that it would officially happen at some point. If true, it’s even possible that we’ll get a surprise announcement about it at D23 this year, as Disney is sure to be dropping a ton of Star Wars information at their annual event.

The character of Obi-Wan Kenobi has been bouncing around at Disney for a while now with them not sure what to do with him. Originally, the studio planned to develop a standalone film for the character, along with the likes of Boba Fett and Yoda, but after the disappointing returns on Solo: A Star Wars Story, the studio scrapped a lot of their movie plans to re-evaluate how they were moving forward with Star Wars films. Instead, it appears Disney believes that a streaming series might be a safer bet, and pulling Ewan McGregor back in would make it a really, really safe one. For many fans, he’s one of the few high points of the prequel films and is still a major film star.

If this rumor turns out to be true, it shouldn’t be that surprising. McGregor has long said that he’d love to return to the role, and Disney isn’t one to simply let popular characters languish because one film didn’t perform well.